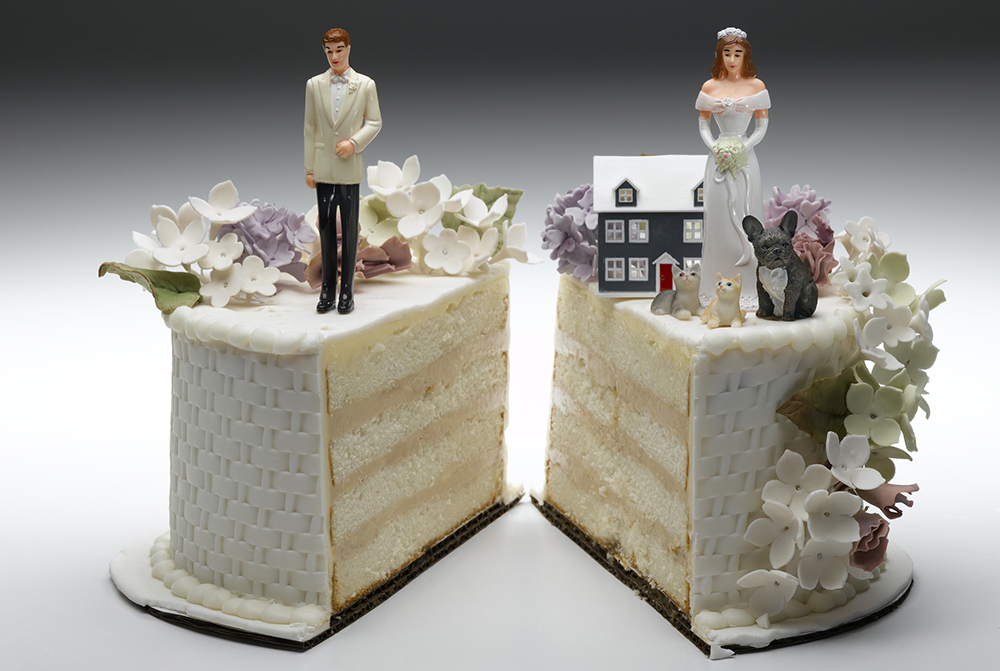 When I was younger, it seemed there was a steady flurry of invitations for weddings and baby showers. A few years later, it seemed all my friends were done having babies and were swapping information on where their husbands could get vasectomies. Lately, trends have taken a sombre turn with many friends announcing they are separating from their partners.

I shouldn’t be surprised. According to Statistics Canada, more than 40 per cent of marriages end in divorce. In Quebec, it’s even higher: almost half of all marriages don’t work out. Statistics show the average duration of a marriage ending in divorce is 13.7 years.

Although divorce is common, no one gets married thinking they will one day separate from their partner. When romance fades, we know to expect heartbreak. But for all too many couples, divorce also brings unexpected legal and financial headaches.

For tips on how to get through a separation, I invited my friends Marie and Tina (both names have been changed to protect privacy), to sit down over a glass of wine and share what they wish they had known about divorce before their marriages fell apart.

When you ask someone in the middle of a divorce how they’re doing, expect to get an earful. Even when divorce feels like the right choice, there’s no denying it’s tough as hell.

“Everything is sh**ty, nothing is fine and the kids are not okay,” said my good friend Marie, summarizing how things were going several weeks after separating from her husband.

For both Tina and Marie, disputes over money, separation of property and child custody arrangements pushed them to the breaking point.

Until joint accounts are closed and the family assets and debts divided, there’s nothing to prevent an ex-partner from siphoning money out of joint accounts or transferring their debts to you — a nightmare scenario that had kept Tina awake at night. “I lived in fear until we finally split everything up,” she said.

Tina recommended printing account statements from banks and credit cards to document the couple’s financial state on the day of separation, for reference in the event of future financial disputes. In her case, her ex-husband literally counted the cans of soup in the pantry, adding the estimated cost of the groceries she had on hand to figure out the value of the contents of the house.

For Marie, whose ex-husband had been responsible for managing the household finances, divorce revealed some ugly surprises: for example, his debts were paid while hers piled up, ruining her credit score.

“There’s always going to be a shock, something you didn’t know and you wish you didn’t have to find out about,” she said. “Make no major purchases until everything is settled, and do keep paying your bills.”

In Quebec, as many as one-third of couples live together without getting married. But if the partnership doesn’t last, many common-law spouses are surprised to learn they don’t have the same protection that married couples have when they divorce.

According to lawyer Émilie Raymond, who writes plain-language interpretations of Quebec law for an organization called Educaloi, while rules for custody, visiting rights and child support are the same for both married and common-law couples, there are some significant differences in how assets are divided.

“Common-law couples don’t benefit from the protection of the family home,” Raymond said. “Also, they don’t have a right to the division of property, nor do they have the right to support payments for themselves unless the other partner agrees.”

Whether married or common-law, even when a separation begins amicably, Raymond said a clear, detailed, written agreement is important to avoid problems later on.

One aspect of separation that often becomes contentious is child custody arrangements. Raymond said parents often forget to specify details like when and where children will be picked up by each parent or who will have custody during holidays and special days like birthdays.

“Parents can be flexible about changing the custody arrangements from time to time,” Raymond said. “But if they cannot agree, the custody agreement stands.”

For Tina, another challenge of co-parenting was learning to manage her frustration when her ex made parenting decisions she disagreed with when it was his turn with the kids. “Therapists will tell you it’s important for the parents to be on the same page but often one parent wants to be the ‘fun’ one,” Tina said. “At my house, there are rules and at his house there are not.”

Raymond said the cost of a divorce in Quebec varies from hundreds of dollars to the tens of  thousands, depending on whether the split can be settled amicably or it goes to court.

Lawyer and notary fees increase the cost, but Raymond said consulting a legal expert early on can prevent expensive mistakes and save time in the end. A detailed guide on how to apply for a divorce is also available on the Educaloi website.

For couples who remain on speaking terms, mediation is a vastly more affordable option. In Quebec, separating couples with dependent children can obtain up to five hours of free mediation to assist in reaching an agreement on a child’s living arrangements or child support.

The mediator’s role is to guide both partners through the process of negotiating a fair agreement, and will not take sides in the event of a dispute or provide legal opinions.

Both Marie and Tina said even if partners intend to go to mediation, it’s a good idea to consult a lawyer first to know what you are legally entitled to — even if you end up deciding not to ask for all you could.

In Tina’s case, for example, she chose to accept less money in her divorce settlement than she could have demanded, because she decided it wasn’t worth the stress and legal fees to take her ex to court. “It was worth taking a loss for my peace of mind,” she said.

After her first divorce, Marie said she kept a diary to work through her feelings, which turned out to also be a useful tool when child custody disputes arose, as she could be specific about the dates and circumstances when problems occurred.

Since she didn’t want to share her private feelings with legal advisors, she hit on a new system: keeping two agendas, one for personal thoughts and one to record her interactions with her ex.

“Document everything,” she advised. “Write in your diary first and then put the facts in point form in the other book for legal purposes. Things you don’t think will be an issue often end up becoming an issue.”

While the process of getting a divorce was messy and painful, now that the separation is final, Tina said she is finding her way again as an individual and single parent. “I remember what makes me happy,” she said. “I found myself again. Divorce is super hard to go through but I am in a better place now.”

A registered charity founded in 2000, Éducaloi is a bilingual website run by a staff of 22 lawyers, notaries and communications experts aiming to improve access to justice in Quebec by explaining the law in everyday language.