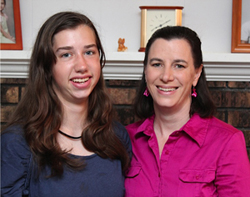 It’s halftime at my daughter’s soccer game when the head coach comes over and asks to speak with my husband and I. He points to a man with a clipboard standing at one end of the field and tells us he is scouting players for a more elite soccer team. He’s interested in my daughter. Will we speak with him? I look at my husband. He shrugs. “Sure,” he says. “What can it hurt to talk to him?”

When we take our seats, I realize I’m trembling. My child has been “scouted” by a coach. I’m not sure what to do with this — after all, she’s only 8 years old.

Later, we talk with the man. He discusses the performance of his team and the skills his players develop. Then he lists off the number of practices he holds each week for the kids and mentions that he hires European trainers to work with them.

I think I’m supposed to be impressed; instead I’m overwhelmed. He says there will be three practices a week, several games will be played out of town and there will be tournaments that will require overnight stays abroad. He can see the hesitation on my face so he pulls out the big guns, telling us that if she doesn’t join a more elite team, she’ll miss out later. “All those kids who do join will get a jump on her skills-wise. She’ll never catch up,” he says. “And she likely won’t make the high school team.”

His approach has the opposite effect than we think he was hoping for. Instead, I ask myself, “why should we have to decide our daughter’s high school sports career in second grade?

That question will go through my mind for the next five years as I wonder about the truth behind the coach’s prediction. Will only the kids with elite training make the high school sports teams? Are serious decisions for sports being made by parents, for kids, at younger and younger ages? And most importantly to me: did we make the right choice when we passed on signing our daughter up for a more competitive experience?

During those years, our daughter tried soccer at different levels, some more competitive than others. And she also took swimming lessons and played various sports like volleyball, tennis, basketball at the recreational level. She finds that she likes many sports. But the question remains whether she’s good enough at any to play on a school team in the future. 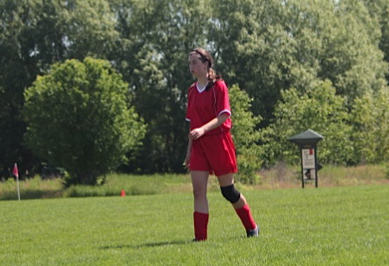 Five years after our decision to pass on the elite soccer team, I watch my daughter lope down a basketball court, deftly dribbling the ball while outpacing her opponents. She pauses to loft the ball toward the net. And in it goes! Her second score of the game.

When my daughter tried out for her school’s seventh grade basketball team, she’d doubted she would make the cut. “Lots of those girls have already been playing on basketball teams for years,” she complained. Flash back to our decision about soccer. Had my husband and I made a mistake that would shut our daughter out of competitive sports now?

Instead, I reassured her that the hours she’d spent in our driveway shooting baskets and facing off with her dad would make a difference. Still, she’d been shocked to hear her name on the recorded list of players when we phoned to find out the final team roster.

Now in her first game on the second string steam, she is a standout. The following week her coach moves her up to the first string team. This proves to be a challenge that makes her work hard to improve her skills. It’s just what she needs to stoke her enthusiasm without overwhelming her.

A few weeks into the basketball season, I feel confident that we haven’t robbed her of an opportunity to develop her competence. In fact, she’s had time to mature into an authentically aggressive athlete, one who enjoys multiple sports. The decisions are now out of our hands. It’s up to our daughter to make what she will of her athletic “career.” I don’t know what team she’ll try out for next year. She may stick with basketball or go back to soccer. Or she may try something entirely different and I have no way of knowing yet whether she’ll make any team at all.

But what I do know is that her ability (in any sport) isn’t due entirely to the quality of trainers we provided for her or the decisions we made for her as parents. It is in part due to her own devotion to a particular sport and her motivation to improve her athletic ability. While she may not have learned the more technical aspects of more elite athletes, the hours spent in playing at the recreational level gave her confidence in her skills. And it also solidified her love for sports, which makes my husband and I very happy.