Why are kids so stressed out?

Janet R. thought her son Evan was coasting through his teenage years. The secondary IV student was on the honour roll in the International Baccalaureate program at school, played trombone in the school band and made the basketball team. He hung out with a group of nice kids, volunteered with the younger students in his church youth group, and helped his parents around the house with some basic chores. So Janet and her husband, David, were completely taken by surprise when the school called to tell them Evan had a massive panic attack and was too shaken to return to class.

They quickly learned that Evan had been struggling with heightened levels of anxiety for some time, but hadn’t told anyone. He said he simply didn’t know that what he was dealing with wasn’t normal. The accelerated heart rate, cold sweats and feelings of dread that he had learned to live with had begun to give way to episodes of hyperventilating and tears.

“We hadn’t seen any of the red flags you think to look for in troubled teens,” Janet said. “He was a good student, involved at school, and had nice friends. He’d become a little quieter and more withdrawn in the past year, but that seemed normal for a 15-year-old. He didn’t tell us because he didn’t know how to describe his overwhelming anxiety and he didn’t want to let us down.”

Many studies over the years have shown that kids are increasingly stressed out, and anecdotal evidence abounds: Parents worry their kids are highly stressed, and teachers see their students being unable to concentrate in class, manage their time effectively or control their behaviour.

A Psychology Today article maintains that 28 per cent of the population will experience an anxiety disorder of some kind over the course of their lives. High anxiety is a risk factor for alcohol and drug abuse, self-injury (such as cutting) and depression in adolescents, as well as serious health issues later in life. Everything from irritable bowel syndrome to heart problems and even cancer has been linked to extreme stress and anxiety.

We talk about stress all the time, but what is it, exactly? Experts define stress as the strain a person feels resulting from exposure to demanding or difficult circumstances. It is experienced as physical and emotional reactions, including raised blood pressure, tense muscles, sweaty palms and dry mouth.

These “fight or flight” reactions are how our bodies react to challenges or threats. This evolutionary response made a lot of sense when our ancestors were faced with an angry sabre-toothed tiger, but isn’t so helpful in contemporary times when our stressors happen to be an overwhelming amount of homework or worry about getting into a college program.

People have different thresholds for stress, which means what causes anxiety in one person might not affect someone else. There are also different triggers based on life experience and temperament, as well as genetic predisposition.

Some kids are very stressed out by schoolwork; others experience intense anxiety in social situations, while others may be overwhelmed by fighting at home, their parents’ divorce, or an illness in the family.

Kids dealing with stress may exhibit challenging or disruptive behaviours. Others experience headaches, stomach problems, nightmares or difficulty concentrating on their work. If stress is left unchecked and kids don’t develop coping mechanisms, it can result in panic attacks, depression, phobias or obsessive-compulsive disorders.

In Evan’s case, help came in the form of medication to treat his generalized anxiety, and cognitive behavioural therapy to help anticipate and manage the stressors in his life. He has learned that extreme stress is neither normal nor healthy, and he’s developed a new vocabulary for discussing this with his parents. He’s looking forward to resuming a full course load in secondary V in September.

“I wish I’d seen this coming,” muses Janet, “but we feel fortunate that this crisis happened in high school, when we were here to support him. It’s brought us closer as a family, and we’ve all learned to reduce some of the unnecessary stress in our lives. We make more room for downtime, for getting outside, for having dinner as a family rather than rushing off to various activities every evening.”

The names of the parents and kids have been changed to protect their privacy.

Various factors can cause anxiety 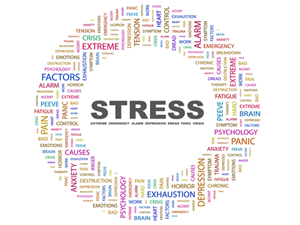 Hyper-parenting: Rina Gupta, a Montreal psychologist, believes that over the years, cultural approaches to parenting have changed in ways that make kids less prepared to deal with stress. “In my day, there was no such thing as a play date. We just went out the door and figured things out. For the most part we were taught to rely on ourselves and make our own decisions. Today, kids don’t learn to trust themselves. It creates anxiety,” she said. A child may even deny their own preferences at their parent’s insistence; for example, they may stick with playing hockey even if they don’t like it because a parent thinks they might regret quitting later on. This, combined with the lack of downtime, creates stress and anxiety as kids get older.

Pressure to succeed academically: There is more pressure than ever for kids to excel in school. Tutoring programs and learning centres fill their afterschool hours, but not everyone can be at the top of the class. “If your child is struggling academically and needs additional support and tutoring, they are almost certainly stressed,” Gupta explains. Parents need to advocate for kids whose academic readiness may not meet their school’s demands. They can help achieve balance with fewer extracurricular activities and opportunities to recover with downtime. Parents also need to spend more time validating other skills, such as sports or dance, and forms of intelligence like creativity and emotional intelligence.

Overscheduling: From ballet to hockey, Jewish studies to Mandarin language fluency, kids today don’t get much downtime. I regularly hear from harried parents attending my workshops who complain about rushing from work to chauffeur kids to basketball games, karate classes and debating matches. It can be difficult or even impossible for families to regularly sit down for dinner together, a frequently cited marker for mental and physical health in childhood and adolescence. Overscheduled kids don’t get the unstructured down time they need to just hang out, relax, be silly and recover from the rest of their commitments. Gupta explains that such hectic schedules teach kids to ignore their bodies’ warnings that they are exhausted or overwhelmed. “Some people can handle this, but some cannot. It’s important to help kids find their own balance.”

Technology: Constant connectedness has a price. First of all, screen time is so compelling that it dominates most kids’ free time, meaning less of the open-ended, unstructured play that is important to healthy development. One of the most common complaints I hear from parents is difficulty controlling the amount of time their kids spend on digital devices; the truth is that most adults struggle with this as well. Smartphones, tablets and computers in kids’ bedrooms mean they are constantly tuned in to social networks that never sleep. There is always pressure to keep up with what is happening among friends and online contacts. Social success may be measured by the number of followers, likes and comments, and not in the genuine interpersonal connections made with friends. In addition, bullying that might have stopped at school or in the playground, now follows kids into their private spaces on their phones or computers. A Stanford University study found that time spent on social media may exacerbate feelings of loneliness, isolation and dissatisfaction – everyone else can seem so much happier in their online posts. The irony is that the more connected kids are online, the less time they tend to spend in actual face-to-face interactions with others.

Gupta frequently sees the effects of all these forms of stress in her psychology practice.  “When we overwhelm the nervous system, it damages our children. It’s like being constantly lit up. That part of the brain tends to remain overexcited long after the stressor is gone.”

She refers to research out of the University of California, Berkeley, that shows chronic stress can change the brain, negatively affecting a person’s potential and putting them at risk for mental health problems as they get older.

Gupta is a big believer in teaching kids to respect their bodies’ signals. This can be challenging when many parents constantly push kids farther and harder. She uses the example of a little boy who gets stomachaches every time he has hockey practice. He may say he doesn’t want to go, but the parents insist out of concern that he will fall behind his peers or be socially disadvantaged by not learning the popular sport. “You want to create an environment where children are challenged, but not pushed past their comfort zone,” Gupta says. She worries that parents may not realize that there can be a psychological and emotional consequence of pushing kids to ignore the physical symptoms of extreme stress. Depending on their temperament, some children deal with this by ignoring their mind and body’s stress signals and they push themselves to meet expectations. “Some kids are very capable of handling tons of stuff, while other kids can’t handle that much stimulation, scheduling, competition or self-evaluation,” she said. “Every now and then, it’s OK to take time off.”

Parents concerned about the ways their kids are dealing with stress should speak with their child’s pediatrician or family doctor. They can determine if a referral to a psychologist or psychiatrist would be helpful. 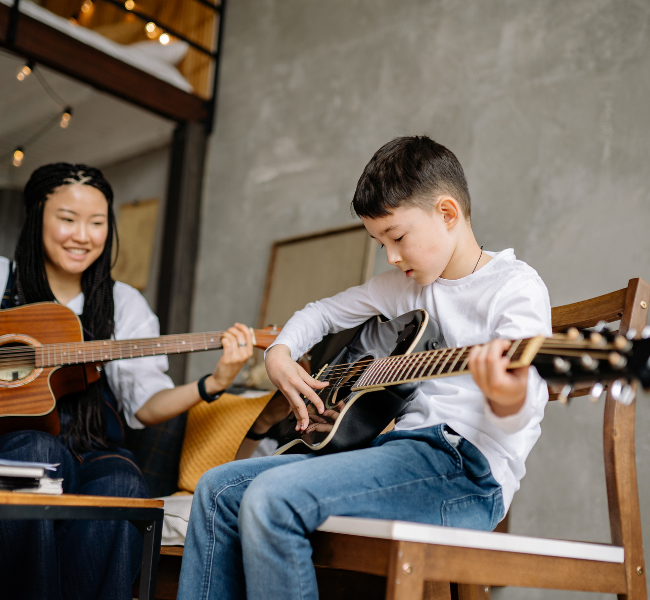