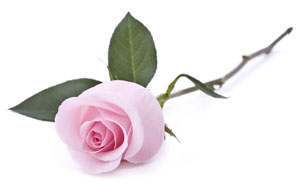 I’m not sure what is harder to take – the heart-wrenching video 15-year-old Amanda Todd posted about her years of being bullied, or the many hateful comments that have been posted online since her suicide.

Just weeks before she took her own life in October, she posted a YouTube video during which she silently held up note cards detailing years of blackmail, harassment and abuse. A participant in her video chat group, who had talked her into flashing her breasts for the webcam when she was just 12 years old, sent that image to all her friends and family when she refused to put on a sex “show” for him online. Even when she switched schools, which she did at least twice, the person tracked her down and sent it to all her new friends.

Although her story galvanized attention across North America, many so-called “haters” continue to leave terrible comments, calling her a slut, saying she got what she deserved, or making humiliating comments about her looks, her decisions, and even her writing style. Reading these remarks, it is hard not to feel despair about human nature.

And it’s enough to make you want to lock away your own children’s laptops, iPads and smartphones. But we can’t do that. We can’t stick our heads in the sand. And we can’t properly prepare our kids for a wired world by banning their access to the Internet. To truly help our children, and to honour Amanda Todd’s memory, we need to stay focused on some very important points.

When bullying-related suicides occur, media coverage can fan the flames of moral panic. We need to remain level headed. Hysterical, fear-motivated responses include passing ineffective “zero-tolerance” anti-bullying policies or banning social media at school (instead of teaching kids how to use technology in respectful ways).

A 2011 Pew Internet study found that 69 per cent of teens report their peers are mostly kind to one another online; while 15 per cent report being harassed or bullied. This doesn’t mean that we shouldn’t take bullying seriously; we just can’t let these tragedies define all childhood or teen interaction.

Not all rudeness or cruelty is bullying.

This isn’t just about semantics. When governments and schools grapple with this issue, we need to understand the difference. Bullying is generally distinguished from other kinds of aggression (verbal or non-verbal, direct or indirect) by several elements, including intentionally hurtful actions, its repetitive or ongoing nature, the general lack of remorse by the bully (or bullies), blaming the victim (“why can’t she take a joke?” “she’s a slut so she deserved it,” etc.) and an underlying struggle for social power.

Kids who hit another in a schoolyard confrontation or post a one-off mean comment on Facebook are being hurtful and anti-social; but it doesn’t mean they are necessarily bullies.

Kids who are bullied may not advocate for themselves or tell anyone.

Amanda Todd’s story is terribly insightful. She didn’t report the bullies. She ran away and hid in a ditch so teachers coming to her aid wouldn’t find her. She didn’t press charges when a group of kids assaulted her. I don’t blame her for any of this — why would she want to label herself a victim?  This implied powerlessness and humiliation often causes additional trauma.

We need to understand this in order to identify and better help those kids (especially older children and teens) who understand the social implications of being labelled a bullying victim. Many don’t want to disappoint their parents. And the horrible truth is that sometimes adults unwittingly make things worse by seeking immediate consequences or public retribution for the aggressors.

So what do they need? First of all, they need validation from trusted adults. Simple, non-judgmental and compassionate acceptance of the stories they have to tell. Look at all the kids and teens who have gone online with note cards to tell their bullying stories because they felt unable to voice it in person to the adults who loved them. Then they need emotional and practical support, and having mom or dad angrily march into the principal’s office seeking revenge on the bullies is likely not at the top of their list.

We must make teaching good digital citizenship a priority in our schools.

Technology is not the enemy. It offers amazing, creative and productive possibilities to our children, and they need to learn to use it well.

But it also offers up pitfalls. Amanda talked about how the image of her flashing her breasts was used to blackmail and torment her for years. Schools and parents must teach their children about the hyper-public nature of the Internet. Webcams, Skyping and Facetiming should be allowed only in common rooms. We need to review our teens’ Facebook accounts with them, not just “friend” them and hope for the best.

Bullying is almost never the sole reason for suicide.

It may be a catalyst or the last straw, but on its own it won’t put most kids at risk for killing themselves. Almost all bullying-related suicides have other serious elements in play — depression, addiction, mental health issues, etc. This is not in any way about blaming the victim. These kids and teens need caring, capable support and counselling. They deserve to live free of cruelty and harassment. They need trusted adults to help them figure out what they can’t manage on their own.

My heart goes out to Amanda’s family and friends. She didn’t deserve the years of pain she endured. Her mother has called for her daughter’s death to be a wake-up call for more effective, proactive legislation in British Columbia. Let us all honour her memory with more effective education and understanding. 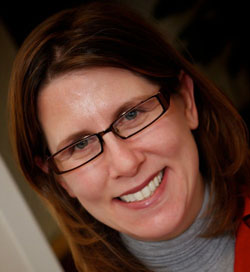 Alissa Sklar is an educational consultant, specializing in technology and risk prevention issues.