What to do when your child lies

The first time we catch our children in a lie, we tend to find it cute. Perhaps the chocolate they swear they didn’t eat is smeared across their faces. Or maybe the toy they deny snatching from their sister’s room is sitting in front of them.

But whether we are amused (or even worried or angered) by our children’s lies, it’s important to recognize that lying is a huge developmental milestone, like taking a first step or saying a first word.

Victoria Talwar, an associate professor at McGill University’s Faculty of Education, has done many studies about children and lying. “We’ve tested kids all around the world and lying happens in the preschool years universally around the globe,” she says.

To test children’s tendency to lie, Talwar and her research team have developed various games. In one, children were asked to close their eyes and guess the name of an object based on the sound it made. The researcher would then put the object on a table, ask the children not to turn around and look at it, and then leave the room for a short time.

Using hidden cameras, they found that most children would peek. However, when the researcher returned and asked the kids if they had, two thirds of 3-year-olds would confess but most of the 4- to 6-year-olds said they didn’t.

However, just because it is common for kids to lie doesn’t mean parents should ignore it. Instead, Talwar says discussions about telling the truth and lying should be a key part of family life.

Talwar says it’s critical for the parents to be good role models. When your kids hear you lying (no matter how goodthe reason), they learn that it is acceptable behaviour.

“In our society, we tell a lot of little lies and we don’t even really realize it,” says Talwar, who adds most adults tell between one and seven lies every day.

“It’s like telling the telemarketer we are busy when we are really watching television,” she adds. “Or telling someone your child is younger than they really are so you can get him or her in for half-price. You have to watch all these little lies because your kids are hearing them.”

It’s also important to have age-appropriate and context-specific consequences for lying. A 3-year-old who claims the dog used crayons on the walls should gently be told that writing on walls is wrong and that she must help clean up the mess. A 13-year-old who lies about going to a forbidden party needs to have her privileges temporarily revoked.

To avoid confusion about what is lying and what isn’t, use clear language. Avoid euphemisms like “telling stories.” Instead use words like “lying” and “telling the truth”.

However, parents will also need to discuss what we commonly call “white lies,” used when we want to avoid hurting someone’s feelings. As Talwar notes, “Honesty is really important. But we also want to teach children not to be so blunt that the truth causes harm and hurts feelings.”

Some truths — such as telling a birthday party guest that you don’t like their present — can be mean. “You need to learn to be honest in a way that maintains other important virtues like kindness and consideration for others,” Talwar says.

For example, if a child receives a gift that she already has, she could say: “Thank you so much for this. I was really happy you came to my party.”

That kind of “lie of omission” focuses on the important element (in this case, gratitude), without getting bogged down in unnecessary embellishments about how much you really wanted that toy.

Finally, Talwar urges parents to notice and comment on situations where a child told the truth. If your child comes to you and freely admits they broke a vase while playing ball inside, praise them for telling the truth even though they risked making you angry.

“They should understand that even if they’ve done something that is not good, it’s better to tell you the truth.” Praise them and then suggest ways to make up for the bad behaviour (i.e. playing ball inside) by having them help clean up or contribute money for a new vase.

Talwar says another experiment involves telling different stories to two groups of children. One is about George Washington admitting to chopping down his father’s favourite cherry tree (in this fable, his father praises him for telling the truth). The other one is about Pinocchio, the classic tale of a boy whose nose grows with each lie he tells. Children who were told the first story were more likely to confess to lying than children who heard the story of Pinocchio. It seems that the positive reinforcement of the first story carries more influence than a story about being punished for a misdeed.

Part of growing up is learning how to tell lies — and then grappling with the consequences. So when confronted with a child’s lie, don’t mentally beat yourself up about being a bad parent with a bad child. Rather, take Talwar’s advice. “View lying as an opportunity to teach.”

Books to broach the topic of lying

Reading books with your child is an excellent way to talk about lying. Check out some of these titles and use them to explore the reasons why honesty is the best policy. 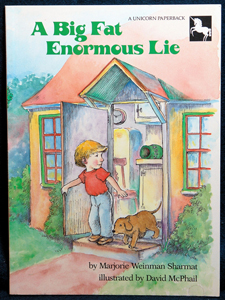 A Big Fat Enormous Lie
by Marjorie Weinman Sharmat, ages 3 and up.

A simple lie grows into a big problem. 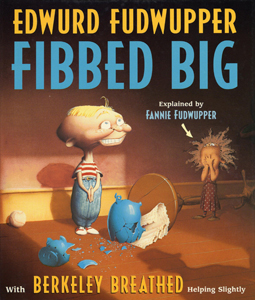 Edwurd Fudwupper tells such a whopping lie that the Army, the Air Force, and the dogcatcher are called to reverse the damage. 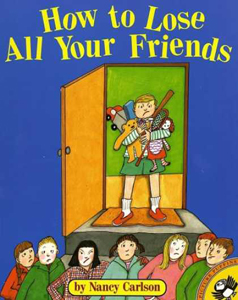 How to Lose All Your Friends (Picture Puffins)
by Nancy Carlson,
ages 3 and up.

A light-hearted look at bratty behaviour that will have kids laughing, while learning better behaviour. 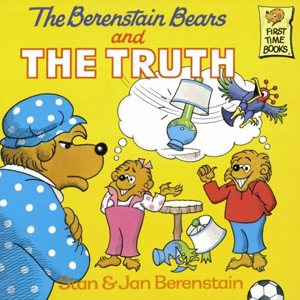 The Berenstain Bears and the Truth
by Stan Berenstain, ages 4 and up.

Brother and Sister Bear’s lie spirals out of control until Papa Bear helps them sort out the mess they have created. 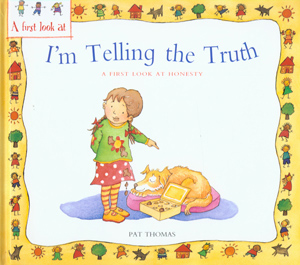 I’m Telling the Truth: A First Look at Honesty
by Pat Thomas, ages 4 and up.

Part of a series for preschoolers on emotional issues, this book takes a practical look at why honesty is important, even though it’s sometimes harder than telling lies.