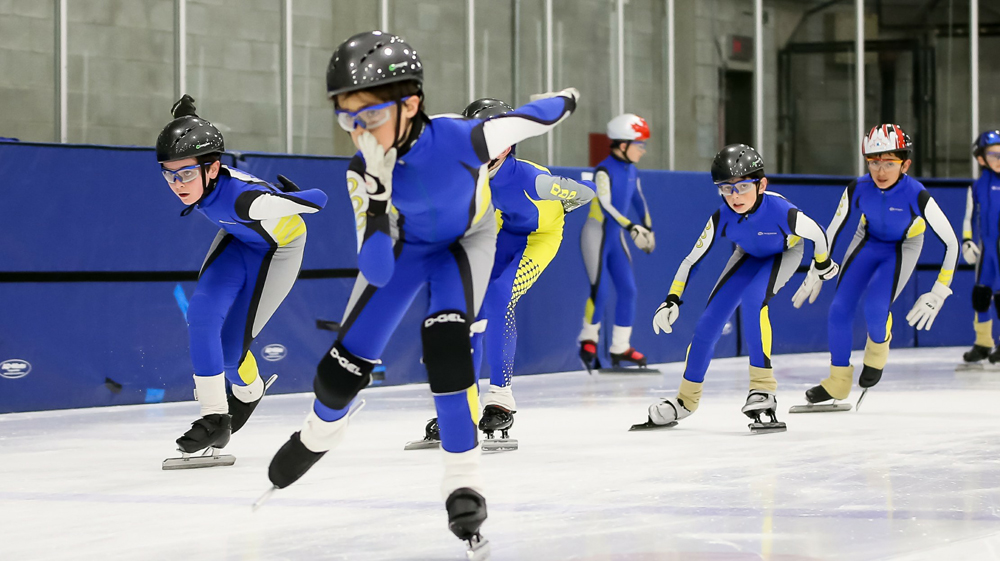 The D.D.O. speed skating club is at risk of shutting down after 23 years of operation. Volunteers are trying to raise awareness about the club in an effort to boost enrolment and keep the club operating.

The number of kids participating has fluctuated over the years. In 2001, it had more than 100 speed skaters. But over the past three years, the club has seen a drastic drop in registration; in September 2018, only 23 skaters enrolled.

“Usually after an Olympic year, registration goes up but it went down because there is no visibility,” said parent volunteer Paul Gervasi. “No one promotes the sport.”

With a smaller group of registrants, there is a very small budget to promote the non-profit club. Volunteers have set up information booths and reached out to various individuals responsible for sports and leisure in other West Island boroughs.

Gervasi said. D.D.O. is the only borough that offers speed skating. “Speed skating is not recognized on the West Island.”

Eventually this is something Gervasi would like to see change but, in the meantime, the city of Kirkland has approached the club to do a speed skating demonstration, and hand out information about the club at its carnival on Feb. 2.

One of the club’s top draws is two time Canadian Olympian Alanna Kraus. She won a silver medal for speed skating in the 2006 Winter Olympics and a bronze medal in 2002. The speed skater coaches all levels at the club. With three kids, and one who does speed skating, Gervasi said he is happy she takes the time to coach.

Although ice sports like hockey and ringuette are very popular with kids, Gervais feels that many youngsters would love speed skating if they just gave it a try.

The number of times children practice depends on their level but beginners typically skate once a week for about an hour. The club is running an introduction to speed skating classes at the Civic Centre in D.D.O. for $175. There is no need to buy specialized skates as the club supplies them. Participants do need to purchase protective neckwear, a helmet and gloves.

Also, the D.D.O. club is hosting a two-day competition for speed skaters from various clubs in the Greater Montreal region on March 2 and 3 at its Civic Centre. Gervasi said there will be Olympians on site with their medals and he encourages families to come out and watch to see if your child may be interested in trying out the sport.

“If your child likes to skate, they will like speed skating,” he said. “Because what child doesn’t like to go fast?”

For more information about the club, visit cpvddo.com