It took my brain a moment to realize that the person standing in front of me wasn’t going to move. She couldn’t move because she was a facsimile of a real person – a wax effigy of Diane Dufresne, Quebec singer, actress and painter.

Such is the magic of Grévin Montreal, a wax museum located on the fifth floor of the Eaton Centre. This museum is Grévin Paris’s fraternal twin, which opened its doors in 1882, the brainchild of newspaper director Arthur Meyer and cartoonist Alfred Grévin. The duo’s dream was to create an environment where the average person could come face-to-face with their favourite celebrities.

In 2013, the same concept was brought to Montreal when Compagnie des Alpes, the owner of Grévin, took over the 25,000 square feet previously occupied by a movie theatre. This space now offers visitors the chance to get up close and personal with 120 local and international celebrities as well as Canadian historical figures.

For many people, this is likely the closest they will ever get to hockey legends like Guy Lafleur, Mario Lemieux, Patrick Roy, Wayne Gretzky and Sidney Crosby. You can rub elbows (so to speak) with Tiger Woods and stand next to Barack Obama, Queen Elizabeth II and the late Nelson Mandela and Jean Béliveau.

If celebrities from the worlds of music, film and fashion are your passion, you can meet some of the world’s best-known actors, musicians, singers and models, such as Naomi Campbell, Hugh Laurie, Lady Gaga, Brad Pitt and Angelina Jolie.

The journey begins with a seven-minute visual and auditory spectacle called Palace of the Seasons, which takes viewers on an odyssey through the seasons. It features three-dimensional, fantastical landscapes and images that blend seamlessly into one another as the seasons change. Young children may find the darkness of the room and the rumbling sound effects frightening.

Visitors are then invited to travel through interconnected rooms that feature unique scenes in which wax celebrities and historical figures are the main subject. Visitors can take photos beside  these figures and the museum even offers props and costumes to allow guests to further immerse themselves in the setting.

And, of course, this exhibit would not be complete without Quebec-born megastar Céline Dion, who takes centre stage in the museum’s last scene — a celebrity-filled ballroom, complete with fancy eats and bubbly drinks.

Guests can set their own pace, but the average tour takes about an hour-and-a-half. While visitors are asked not to touch the wax figures, there is plenty to do with their hands in the museum’s interactive exhibits.

Sculpture workshops allow guests to experience the creation of a wax sculpture. Visitors are invited into a photo booth where their faces are scanned and a 3D virtual model of their head is created onscreen. They must then proceed to the make-up station where they adjust the skin colouring of their 3D likeness. Following this, there is the hairstyle station, where patrons choose the hairstyle that most resembles their own from a variety of options. The final touch is costuming, during which guests choose a costume in which to dress their virtual duplicate. Then the finished product is displayed on a large mirror.

This interactive workshop also includes videos that show how the artists create a wax duplicate of a living person, as well as displays showing the different stages of the process. The workshop is educational, but doesn’t spoil the magic of the wax personalities.

In addition to the workshop, visitors also have the opportunity to become video game characters from the game Deus Ex: Human Revolution. Multi-spectral cameras capture your image and deck you out in cybernetic accessories, creating an avatar that can fight the monsters of a futuristic universe. 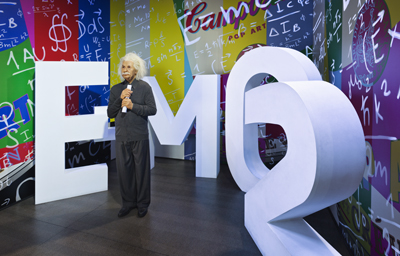 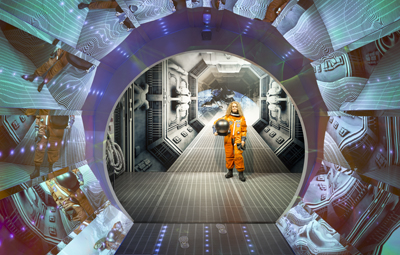 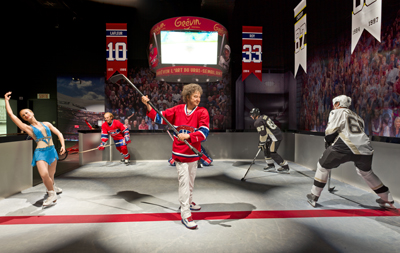