Like many parents, Melody Fletcher worried about how to keep her son Paul busy, out of trouble and happy during the summer months. She checked into sleepover camps but they were more than she could afford. Then she heard about Camp Chapleau (run by the Old Brewery Mission). That worked out well for awhile but when it closed five years ago, Fletcher found herself back to square one.

But then a friend told her about a camp run by the non-profit organization called CCS, which has been helping marginalized and economically disadvantaged people for the past 80 years. It runs Trail’s End Camp in the Laurentians, an affordable option for families with kids ages 6 to 17.

Paul was a little apprehensive about going to a camp where he wouldn’t know anyone, but his mother encouraged him to give it a try. On the first day, as he lugged his bag to the bus, he got a pleasant surprise — he spotted campers who had also gone to Camp Chapleau. Paul settled in easily and made several new friends during the 12-day session.
His experience was so enjoyable that he went back the following two years and then attended as a counsellor-in-training. This summer, he will be heading back as an employee — the 16-year-old was recently notified that he is being hired as a junior counsellor. 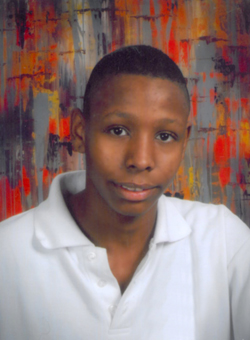 Fletcher says Trail’s End Camp has provided her son with so many fond memories and wonderful life experiences. “I am so grateful — the best thing in the world is to getaway from the city and to go to camp,” she says. “He always comes back more confident than when he left. He is introverted by nature and camp has helped him really come out of his shell. In some ways, he doesn’t have an option; you can’t hide in a corner at camp and there are no televisions or computers. You have to participate and be involved.”

Gillian Kennedy, the camp coordinator, says that for many campers this is their only vacation in the year. Since many of their campers come from group homes or live below the poverty line, the staff tries hard to “wow” them every day so they can remember the experience throughout the year.

This summer, there will be a new zip-line installed and the camp will have 35 new bikes thanks to a grant received by healthcare company McKesson Canada. The camp also organizes theme days like “dress backwards day” and campfires at night. Campers have access to a private beach and can enjoy some downtime in one of the several hammocks. “We really want the campers to get what they always dreamed about at camp,” Kennedy says.

Trails End Camp has been around for many years but three years ago, it moved to a bigger and much better facility near Mont Tremblant that it shares with Base de Plein Air Jean-Jeune Camp.

Last year, it began offering a Counsellor-in-Training (CIT) programfor 15- to 17-year-olds. The four-week program allows teens to have fun together as a group (with special canoe trips, for example) while helping out at the camp and honing skills that could help them land a job as a counsellor.

Although most campers come from families who live below the poverty line, the camp is open to everyone. The fees are based on family income and charged on a sliding scale. The price ranges from $370 to $900 for 12 days.