Top superhero books for kids of all ages

It seems that superheroes are everywhere these days. At the movies, Batman is battling Superman, Captain America is about to once again save the world and Wonder Woman will soon have her turn on the silver screen with a new movie coming out in 2016. On television, Supergirl is embracing her powers, a young boy in Gotham City is on the path to becoming Batman, and the Green Arrow and Flash are fighting criminals.

Superheroes have an enduring appeal to children, and many kids go through a phase where they emulate these characters in the hopes of attaining superpowers themselves. If your child is currently on the superhero bandwagon, here are a few books that break the traditional mould and show them that they might have more superpowers than they think.

This fun picture book taps into a child’s fascination with the powers that make a person ‘super.’ A young girl parades around her house sporting a 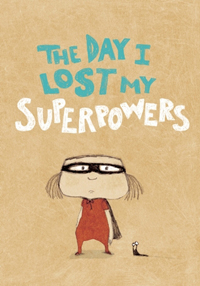 thin black mask over her eyes, demonstrating how she can walk through walls and make cupcakes disappear. As the illustrations reveal, however, her super abilities might be more about illusion and imagination than actual powers. For instance, when she describes being able to breathe underwater, readers see a little snorkel peeking out over the rim of the bathtub. When our heroine hurts herself, she rushes to her mother’s side, and discovers that superpowers might just run in the family. Children will enjoy the contrast between the images and the little girl’s view of things, which will make them consider the line between reality and imagery, especially when telling stories. The use of a young girl as a protagonist also helps to break down stereotypes. The illustrations show a plucky young girl who has enough confidence to believe in herself, and perhaps that is her real superpower. 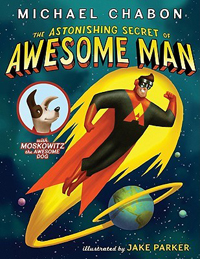 of Kavalier & Clay and, in this picture book, his first for children, he returns to the superhero genre. Awesome Man and sidekick Moscovitz battle enemies like Professor Von Evil and the Flaming Eyeball, engaging in exciting action sequences where positronic rays shoot from his eyes. In general, Awesome Man is exactly that – awesome, but even this superhero gets too caught up in the battles he is fighting and sometimes needs to retreat to his Fortress of Awesome to cool down. The author derived his inspiration for this book from his own son’s struggle to control his temper. He shows that there is a fine line between being a hero and a villain if one is not careful to keep their superpowers (or, in the case of children, emotions) in check. The illustrations by cartoonist Jake Parker portray Awesome Man as a traditional comic-book type hero dressed in full leotard with an A emblazoned across his chest, along with a full mask and cape. They have a vintage feel that will make adult readers nostalgic for the comic books they grew up reading. The book ends by revealing Awesome Man’s astonishing secret, one that will have children reading the book over and over again to find the clues that lead to it.

It is easy to dismiss the ever-popular Captain Underpants as just cartoon silliness, but it is precisely his consummate anti-hero status that warrants 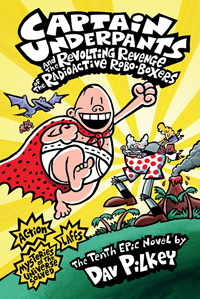 him a spot on this list. Captain Underpants is the creation of two class clowns, Harold and George. One day, their egg-shaped boy in white briefs and a cape jumps off the page to save the day. Since then, the adventures haven’t stopped and he has been featured in 12 books, battling enemies mostly of the toilet-kind. Captain Underpants shows that heroes can come in all shapes and sizes, and each person has remarkable qualities. The animated style and potty humour of the books makes them appealing to reluctant readers, particularly boys. Their confidence in their reading ability will increase as they finish each book, giving them a superpower like no other.

This book offers a different take on the comic superhero genre by making the hero an animal. In this young reader 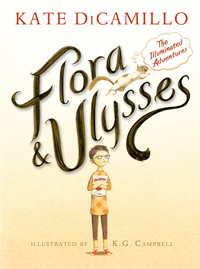 novel, the animal (a squirrel) accidentally gets sucked up by a vacuum cleaner. Flora, a 10-year-old comic book lover, saves him, then takes a liking to the little creature and names him Ulysses. She soon discovers Ulysses’ vacuum incident has given him superpowers, including the ability to write poetry. This makes him all the more endearing to Flora, whose busy mother does not have time for her daughter and has made Flora into a self-described cynic. Part chapter book, part black and white graphic novel, the story is about the power of friendship, as Flora finds herself caring for Ulysses in a way she didn’t think possible. As the two set out on adventures, she begins to see the world in a new light, all beautifully described by Camillo and with rich language that will help expand the reader’s vocabulary.