Toddlers are taking over our smart phones

Stuck in a crowded doctor’s waiting room filled with stressed out parents and toddlers with snotty noses and hacking coughs, I was trying to figure out what to do with my antsy 7-year-old daughter. Desperate to keep her from touching any of the germ-laden toys and books, it took me all of 30 seconds before deciding to hand over my iPod for a distracting round of the wildly popular application or “app” called Angry Birds (mindless entertainment at its best — you try to launch birds at green pigs!)

With my daughter now engrossed in the game, I had a minute to peruse the room and discovered that quite a few parents had resorted to handing over their smart phones or iPads to their kids. There was one infant mesmerized by something colourful on his mom’s iPad, while a toddler was using a finger to bang away frenetically at something akin to a digital bongo drum on his dad’s smart phone.

As a Communication Studies professor, I am often struck by my students’ effortless integration of technology into their daily lives. They take the marvels of Google for granted, forsake landlines for cell phones, and communicate with each other (and me) primarily through texting and email.

But this generation of babies and toddlers is the first to grow up with these digital applications in their lives from birth. In the past, parents trying to entertain or distract their kids might have reached for board books, stuffed animals or crayons. Today, they are more likely to hand over their smart phone or iPad and call up an app that will flash colourful patterns or teach the alphabet.

Carmen Messerlian, mother of Mateo, 4 1/2 and Finley, 18 months, calls such apps “handy, fun, entertaining, and good diversion when we are stuck somewhere.” This Montreal mother introduced Mateo to the iPhone at the age of 3 when Finley was born and she found herself struggling to manage alone when her husband had to work evenings.

“It was honestly a lifesaver for me,” she recalls. “I didn’t know what to do with Mateo while he waited for me to get Finn to bed. I knew he would get up and interrupt me as I was busy trying to put Finn down.”

To Messerlian’s surprise, her son needed very little help from her to get started with the apps. “He honestly figured out how to do most everything by trial and error,” she explains.

Parents are learning that touch screens are a perfect interface for little fingers still working on fine motor control — in many apps, all a child has to do is swipe at the screen to have something happen.

Of course, handing a boisterous toddler a sensitive (and expensive) electronic device can have a definite downside. To prevent damage, parents should purchase a sturdy case to cushion the device in case it is dropped. A protective film may also save the touch screen from saliva and juice smudges.

And how do all these apps for babies and toddlers fit into the existing common sense guidelines about screen time (TV, computers etc.) for children? For example, if your baby is learning American Sign Language or playing a memory game on your iPad, is that the same thing as watching television? Although experts don’t entirely agree, the general consensus seems to be to let moderation be your goal. As stimulating and exciting as all these apps can be, nothing replaces face-to-face interaction, colouring with real crayons on real paper, or crawling around on the floor after a real ball. Try to use these devices for those times when you feel that you truly need the distraction, whether waiting for your meal at a restaurant, grabbing a few minutes of quiet time or when you are busy with a sibling.

Apps to entertain little ones 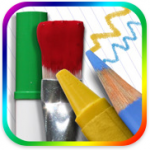 Arts & Drawing
Software developers are keenly aware of the trend towards letting toddlers use apps, and there is an ever-increasing array of programs available. Some of the best apps offer an enhanced version of classic childhood activities such as drawing. The Drawing Pad (iPad only, $2) has an impressive range of crayon colours and implements, while Colour and Draw (iPad only, $2) offers a digital version of colouring books. You can download Doodle Buddy for free on any smart phone, and it has the added bonus of allowing you to work on a drawing collaboratively with any one of your contacts who is also logged into the application. Pictures can be saved and then emailed to Grandma or uploaded to Facebook to show off your prodigy’s impressive talents. 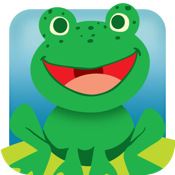 Letters & Math
Counting and letter games teach kids to identify and explore language and math in a whole new way. AlphaBaby and Letters A to Z (both on iPad only, $1 each) let toddlers manipulate and move characters on the screen. Like many apps for this age range, parents often find them initially unimpressive, only to be blown away by the intense interest their babies have in the characters on the screen. Clearly, the developers know what they are doing. 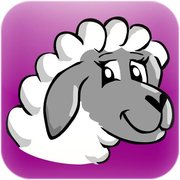 Animals
Animal-themed apps, such as the free Animal Fun and I Hear Ewe (both for iPhone and iPad), combine colourful photos or graphics with animal names and sounds. You can learn to identify a quetzal (type of bird) and orca alongside your son or daughter.

Movies & Books
Looking for more traditional entertainment? Try the free National Film Board’s app for children. Once installed, the program gives little ones access to many Canadian-made short films and animated features (who doesn’t giggle out loud at The Cat Came Back?). You can also download read-along books for all ages, though you will pay for the privilege. Disney offers Toy Story for free, but their other features run around $9 each. The bonus is that each story also comes with puzzles, themed interactive colouring books and sing-alongs. (iPad only). You can also download both Dr. Seuss’s The Cat in the Hat and The Lorax for your iPhone or iPad ($3 and $4), or enjoy the beautiful, but pricey, animated stories of Miss Spider’s Tea Party ($10, iPad only).

Music
I love the musical apps because the best ones appeal to all ages (including adults). Magic Piano by Smule (iPad only, $1) works beautifully on the large touch screen, with a creative range of play options and big, easy-to-use piano keys on a lovely – if simple – graphic interface. Kiboomu, a company created by two Montreal moms, offers several apps that allow children to play and sing along to various tunes, including Twinkle, Twinkle Little Star. Sound Touch (iPad and iPhone, $2) offers four different music segments for each of the instruments it features, so your 15-month-old will hear something new even if she taps the exact same image.