It is heart wrenching to hear about kids who are gravely ill, struggle because of special needs or miss out on wonderful experiences because they are underprivileged. Rather than feeling helpless, local philanthropists roll up their sleeves every year and take action to help kids have better lives.

This spring, there are three fun events that will raise money to help kids. Why not take part in one of these fundraisers, which combine physical activity and teach kids the importance of helping others.

When he was just 15 years old, Anthony Pacella received the news that his mother, Mary Melillo Pacella, had been diagnosed with Stage 4 lung cancer, despite never having smoked a day in her life. She underwent rounds of chemotherapy and radiation, but within just a few short months, Melillo Pacella had lost her battle with cancer.

Before his mother passed away, Pacella, now 21, had begun organizing a family-oriented activity for her that would raise money as well as awareness for lung cancer. Although Mary was not able to see the event come to fruition, Pacella founded the StrikeOut Cancer Fund and has continued holding charity events in her honour.

“Losing my mom made me realize that life is so short and you have to follow your passion,” Pacella says. “I want to show young people that they can make a difference regardless of their age.” 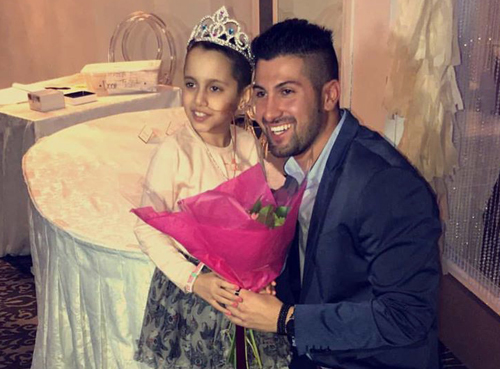 On May 28, the seventh annual edition of the StrikeOut Cancer Bowl-A-Thon will take place at Centre des Quilles 440. Proceeds from ticket sales and other donations from the day will go towards the Make-A-Wish Foundation. This year, the event aims to grant a wish for Sophie, an 8-year-old girl battling bone cancer, by raising $10,000. In past years, money raised from the event went to the St. Mary’s Hospital Foundation because his mother had been treated there, but Pacella decided he would rather work directly with children and support their families.

An admission ticket costs $35 for adults, $25 for kids 12 and under, and includes three rounds of bowling, shoes, food and drinks. There will be music and entertainment, as well as door prizes and raffles to be won.

The Bowl-a-Thon will take place from 1 p.m. to 7 p.m at 2535 Curé-Labelle in Laval. For more information or to donate, visit strikeoutcancerfund.org.

Hockey fans and former professional players are once again hitting the streets to raise money for underprivileged children during the sixth annual edition of the Hockey de Rue tournament.

The event, which kicks off May 28 along Westbury St., in Cote des Neiges, is a collaboration between the Montreal Canadiens Children’s Foundation (MCCF) and the Sylvan Adams YM-YWHA.

“Street hockey is part of our Canadian heritage and this tournament is a great way to give back to the community,” says Atie Waxman, director of communications and marketing at the YM-YWHA and tournament committee member.

In the competitive division, established corporate or local teams of four to 10 players over the age of 16 compete for a spot in the final playoff game. In the recreational tournament, players of all skill levels over the age of 13 can compete in a series of games without a playoff final.

Prizes like tickets to a Habs games and autographed jerseys will be handed out to teams and individuals based on how much money is raised. This year’s goal is $225,000. The funds will be divided between the MCCF and the Sylvan Adams YM-YWHA.

The YM-YWHA’s share is directed to their special needs programs, subsidizing wellness and fitness programs and to help send underprivileged kids to the Harry Bronfman Y Country Camp.

Waxman says one of the highlights of the event is the annual legends game in which former Canadiens face off against an established local team. In the past, big names such as Patrice Brisebois have taken part and signed memorabilia for fans. This year, Sergio Momesso and Mathieu Dandenault will join the match.

Admission to the tournament is free and open to all.  It takes place from 9 a.m. and ends around 5 p.m. For more information, visit hockeyderue.com.

Bike-a-Thon for kids with special needs

For parents of children with special needs, vital treatments and therapies can be costly. That’s why on June 11, hundreds of cyclists will head to Verdun for the sixth edition of the Yaldei Let’s Roll for Kids Bike-a-Thon, benefiting the Donald Berman Yaldei Developmental Centre. 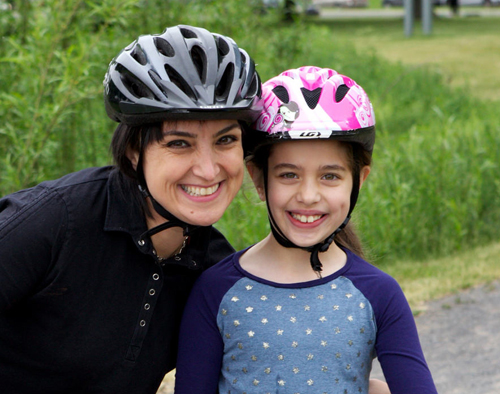 For more than 20 years, the centre has been a resource for Montreal children with special needs, including autism spectrum disorder, cerebral palsy, Down syndrome, and other cognitive and physical delays. The funds raised from the Bike-a-Thon will help subsidize specialized therapies, treatments and programs, as well as the purchase of new equipment.

Cyclists have the option to take part in a 50-km bike route, a 5-km route and, new this year; families can participate in a low-intensity 5-km walk along the Lachine

After the bike-a-thon, families can enjoy music, a barbecue, cotton candy, and kids can bounce around on inflatables. The ride begins and ends at the Big Top in Verdun, located at 7000 Lasalle Blvd. For more information or to donate, visit isupportyaldei.org.