Roald Dahl’s children’s books have helped countless young people discover the pleasure of escaping into stories and books. From Charlie and the Chocolate Factory to Fantastic Mr. Fox, his stories perfectly capture both the whimsy and the deep insights springing from children’s minds and imaginations. Ironically, Dahl was known as a less than likeable character: disagreeable, curmudgeonly and outspoken. As a child, he did poorly in school and his adult literary career never seemed to fully receive the recognition he craved. Dahl’s stories reflect a particular disdain for adults: the grown-up characters in his books often take actions that border on the absurd (often with hilarious effect). But he always shows great sympathy for children’s thoughts, ideas and perspectives. A few years ago, September was declared Roald Dahl month to mark the late author’s birthday and to celebrate his contribution tochildren’s literature. So here is the perfect excuse to discover, or re-discover, the giddy delight in delving into Dahl’s nutty yet touching tales. Here are three of my favourite books.

Many of the children in Roald Dahl’s books are either orphans or neglected by their parents. His character Sophie in the BFG is no exception. Inspired by his own granddaughter, Sophie is a bright, wide-eyed, curious girl who is searching for a friend. She finds that connection with none other than a giant (who happens to bear a striking resemblance to Dahl himself!) One night, while sitting in the windowsill of the orphanage, she meets the Big Friendly Giant (BFG). Unlike his fellow giants, he refuses to eat little boys and girls and instead travels through the streets of London at night to blow happy dreams into the minds of children.

The BFG decides to whisk Sophie away to Giant Land, where she sees that the BFG is bullied by the other giants and is tremendously lonely. Together they embark on a series of adventures that eventually take them to Buckingham Palace to see the queen. Like Sophie, children will be incapable of resisting the soft and cuddly BFG. His big heart, his funny expressions and his whizzipops (flatulence that makes him fly) will have them laughing through the pages while showing them that compassion can open up new worlds and surprising friendships. 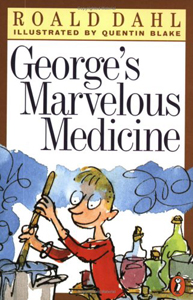 All children feel the need to test the limits and rules set by the adults in their lives. Most succeed in finding — or creating — at least some trouble! For George Henry Kranky, this devilish moment occurs when he is left in charge of his cranky grandmother who needs her medication. After she scares George with some nasty stories, he decides that he will concoct a new brew for her in lieu of her usual medicine. In the garage, he begins to throw one ingredient after another into his increasingly volatile potion before he finally gives grandma her daily dose. The ensuing effects are as marvelous as the title suggests, with grandma transforming into a multitude of shapes and sizes. Although the book is not as thoughtful as some of Dahl’s other titles, readers will appreciate the author’s full arsenal of wild imaginings. Youngsters may even be left wondering what would happen if they made their own marvelous medicine. 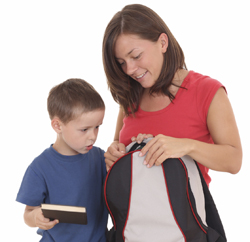 In this autobiography, Dahl displays his masterful storytelling skills as he recounts stories from his childhood growing up in Wales. His anecdotes are lively and mesmerizing, particularly as he describes the joys and horrors of the strict boarding school he attended. He weaves laughs, tears, drama and suspense into each tale, always keeping the reader guessing as to what his young self will be up to next. It is highly recommended to read Boy after tackling some of Dahl’s other titles. It offers prescient insight as to how certain people, events and places influenced the characters and plots that came to inhabit his beloved books. And of one thing there is no doubt in reading this book: Dahl was blessed with a wild imagination from a very early age and we are fortunate that he chose to share it through the written word.