Three books that honour the legacy of Anne Frank

Anne Frank died 75 years ago at the Bergen-Belsen concentration camp in Germany. The diary she wrote while in hiding continues to be one of the most important books in children’s literature and a poignant reminder that we must never forget the horrors of the Holocaust.  Reading Anne’s diary is a haunting experience. Emerging from the pages is the voice of a 13-year-old girl full of imagination and hope, yet her fate is ever-present in the mind of the reader. Anne writes about her feelings, dreams, frustrations, and boy crushes, all while describing the frightening changes happening around her, and the subsequent monotony and anxiety of remaining hidden in a secret annex. Her diary has humanized the experience of the Holocaust for millions of young readers around the world. She has left a legacy that demands love conquer hate. Here are three books that will educate children about that legacy. 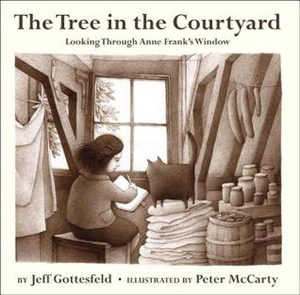 The Tree in the Courtyard: Looking Through Anne Frank’s Window
(Random House Children’s Books, $23.99) by Jeff Gottesfeld – Ages 5 to 8

This picture book with sepia-style illustrations by Caldecott-award winner Peter McCarty is a gentle introduction to the story of Anne Frank for young readers. The story is told from the perspective of a large horse chestnut tree growing in the courtyard of her father’s factory in Amsterdam. The tree observes Anne, a carefree young girl who likes to play and write. Eventually, the tree describes warplanes overhead, soldiers wandering the streets and how Anne now only peeks outside from behind a curtain on rare occasions. The book hints as to what happens to Anne and her family, as they are taken away by soldiers (only her father survived).  Although the tree outlived the war, sadly it eventually died. The spirit of peace that it represents lives on through saplings that were planted at Holocaust memorials around the world. 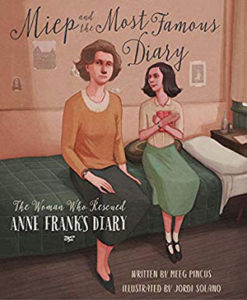 Readers of Anne Frank’s diary might wonder how the diary came to be published in the first place. This book seeks to answer that question by telling the story of Miep Gies, who worked in the factory owned by Anne’s father. She and others helped hide the family when the Nazis began to round up Jewish people to send them to concentration camps. The book begins on the terrible day that the Nazis arrived to take away the Frank family after they had managed to hide in the secret annex for two years. Gies had the presence of mind to hide Anne’s diary, with the hope that one day she would be able to return it to her. Gies gave the diary to Anne’s father upon his return and he had it published. The book is written in a matter-of-fact style and incorporates some quotes from Gies. Had it not been for the courage of this woman, Anne’s remarkable story would have been lost. Gies’ story is an example of how important it is to help others. 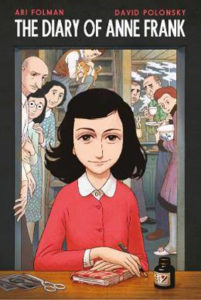 Illustrator David Polonsky has transformed Anne’s diary into a graphic novel, making her story more accessible than ever. With help from writer Ari Folman, Anne’s diary has been condensed so that not every word is transposed verbatim, but rather scenes are created with the use of short text and imagined dialogue. What is most transfixing about the novel is the way in which Polonsky visually brings to life the world through Anne’s eyes, as well as her feelings and fantasies. At one point, Anne is depicted in Edvard Munch’s famous painting The Scream and as a face with multiple bodies, reflecting the emotional rollercoaster of puberty. In this format, the story also shows more clearly the systemic discrimination against Jewish people and the impacts of the war. Anne’s humour and sarcasm shine through, revealing how, even in times of war, everyday life goes on and people find ways to share a laugh or a smile. The authors, however, also portray Anne’s growing despair. In respect to her progression as a writer, it also includes longer extracts of her diary towards the end of the novel. It reminds readers that Anne’s diary is a coming-of-age story made all the more visceral by the extraordinary circumstances in which she was living. 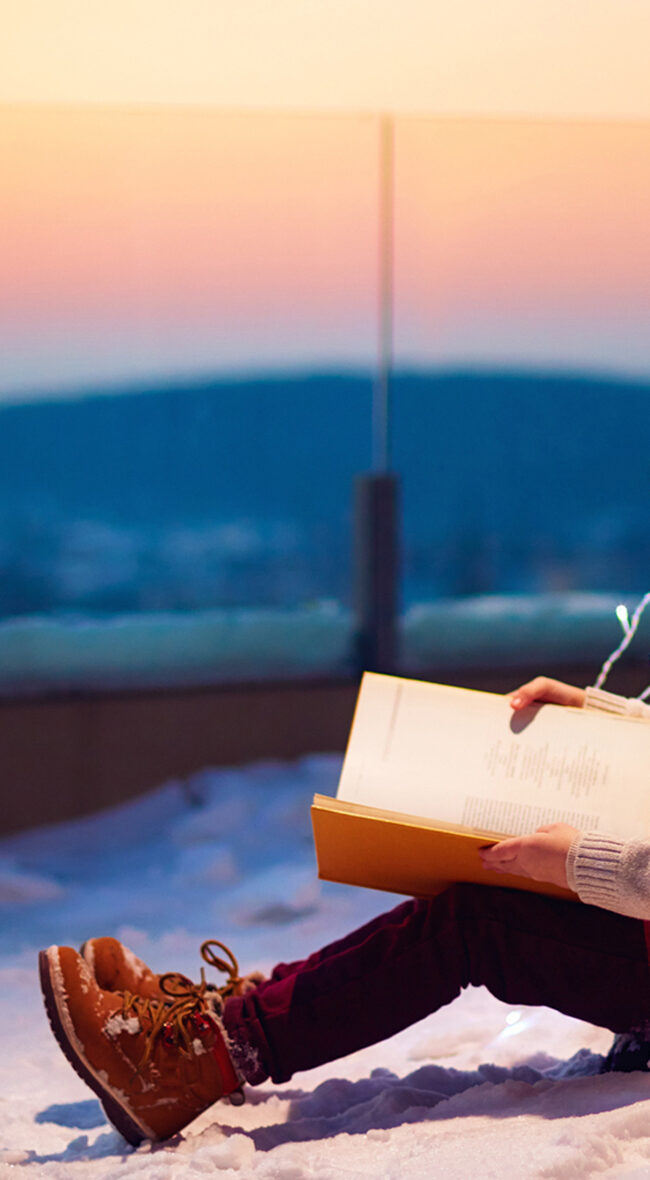 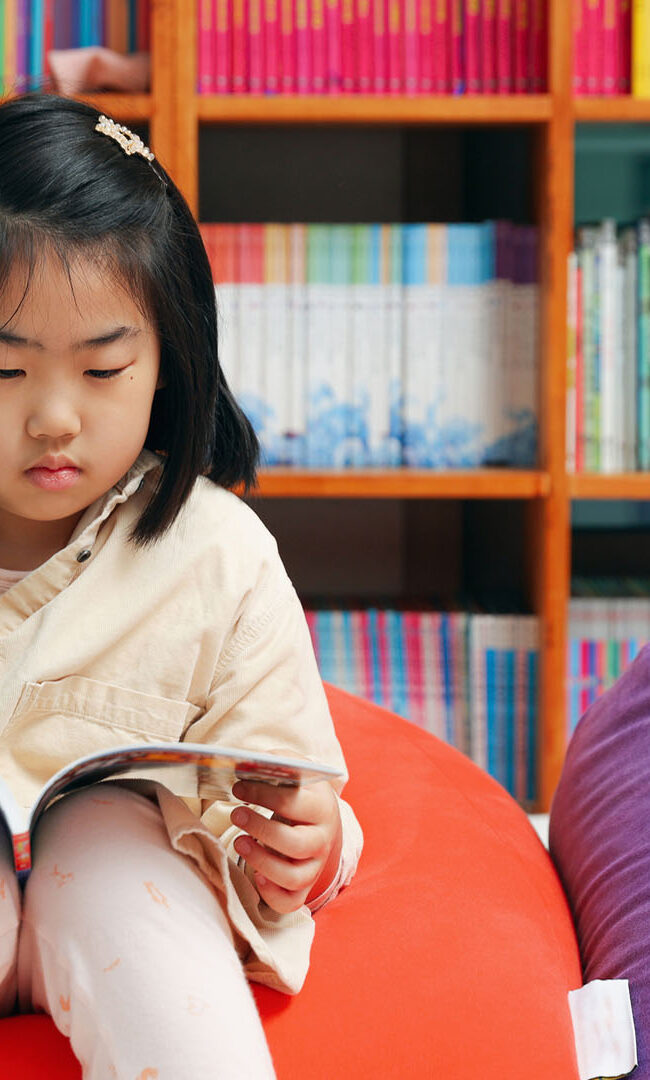