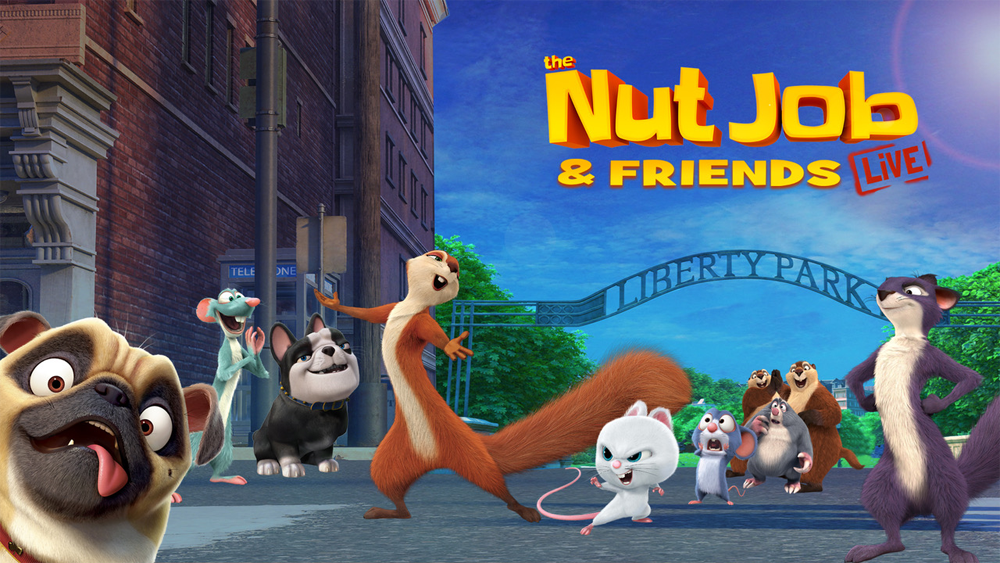 A new children’s theatre production will bring familiar movie characters to life on stage through elaborate costumes, puppetry, 3D animation and the magic of theatre. The Nut Job Live & Friends is a musical comedy show that will feature the same characters from The Nut Job movies in a brand new story. The show, running from Dec. 26-31 at the Olympia Theatre, will also introduce new characters and include dancing, singing and acrobatics. Two of the six performances will be presented in English, Dec. 28 at 3 p.m. and Dec. 31 at 11 a.m. The other four shows are in French.

The original film featured the voices of stars Will Arnett, Maya Rudolph, Jackie Chan, Brendan Fraser and Liam Neeson, and had the biggest box office opening ever for an independent animated film, grossing $120.8 million. Montrealers Ella Louise Allaire and Martin Lord Ferguson developed the original concept for the theatrical version, as well as the book, music and lyrics. The duo previously worked on Ice Age Live! A Mammoth Adventure, which toured 30 countries over four years.

Unlike Ice Age Live!, which was developed in Europe before being presented worldwide, The Nut Job Live & Friends was developed entirely in Montreal and includes local Quebec stars Geneviève Leclerc (The Voice Quebec), King Melrose (Galaxie relève Blues), and Stéphanie Bédard (Star Académie) as well as more than 20 Quebec artists behind the scenes, including director Pierre Boileau.

Tickets range from $45 to $62 plus service fees. A premium holiday package is also available for $135 that includes a seat in one of the first two rows, a healthy snack, special gift and a character meet-and-greet photo op. The Olympia Theatre is located at 1004 Ste. Catherine E. St.