Home / March 2013 / The benefits of an International Baccalaureate education 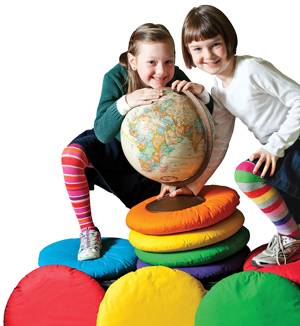 At only 13, Katie Koch is savouring the feeling of Sweet Victory. That’s the name of the candy company she created as a group assignment for her Grade 8 math class. The goal is to make a profit and give it to charity. After brainstorming, she and her friend came up with the idea of selling candy at her school’s sports events. “I love it because I get to work with my friends,” she said. “But it’s a real project.”

The students had to figure out all the elements of running a business: coming up with a plan and a budget, sourcing their product, figuring out the packaging, marketing and sales strategy. They also had to be prepared to adjust the plan along the way when needed.

It’s still early days for the company and they’re not bringing in big money just yet, but Koch says it’s been a really cool assignment. “My favourite part is that we are showing that we could do this on our own,” she said.

Assignments that go beyond the textbook and classroom are standard for schools that offer the International Baccalaureate (IB) program like the one Koch attends at St. Thomas High School in Pointe Claire. It’s what sets them apart and makes them so sought after by parents.

Its fundamental concepts are international-mindedness, a holistic or multi-disciplinary approach that encourages students to see how things are interconnected and acquiring a second, and possibly a third, language.

Noreen Barrett, the long-time IB coordinator at St. Thomas who retired in December, says the program is known for being academically demanding. “We focus not just on Canada or North America, but the world,” she says.

For example, if students in an English class are studying a novel set in China, aside from the literary qualities of the work, they will also look at the history and culture relevant to the book, and compare it to situations in North America and other parts of the world.

To call yourself an IB school involves more than just tweaking your curriculum and promotional literature. International Baccalaureate is a non-profit education foundation that sets out program guidelines for students from preschool to pre-university and accredits the schools that follow them. Essentially, its philosophy is to give its students a global worldview, and to teach them how to learn. There are more than 3,000 schools in 143 countries with an IB accreditation, teaching more than one million students.

Becoming an IB school requires teacher training, documentation and passing site visits to obtain accreditation from the IB foundation, as well as paying the fees.

“You have to jump through many hoops to get that accreditation,” Barrett says. And, as for the fees, “as a school you have to figure out how to fund this. Some school boards will pay these fees, at others, students will be charged a fee.”

Even so, the programs are growing in popularity, Barrett says.

“The program has been growing and growing a lot. There are an enormous number of schools in the authorization phase.”

St. Thomas has been offering its international program since the mid-1990s. It has 1,350 students, 700 of whom are in the IB program, the rest follow immersion or regular streams.
Having that IB accreditation is definitely a selling point for the school she said. “Parents like it for two reasons: the academic rigour and the international focus,” Barrett says. “It’s a feel-good program designed to build caring students who are more sympathetic and understanding of cross-cultural differences.”

Katie’s mom, Carolyn Koch, said their first exposure to the program came a few years ago, when Katie was attending Clearpoint Elementary, which was starting to implement the IB primary years program at the time.

A potentially deadly dull lesson on government came alive when local members of municipal, provincial and federal governments, including MP Justin Trudeau, came to the school. “The kids were excited,” she said. “It caught Katie’s attention and held her captivated.”

So when it came time to choose a high school, an IB program was at the top of their wish list. “It’s fast-paced, there’s definitely work involved,” Koch said. “From what we’ve seen, I think it’s an excellent education.” 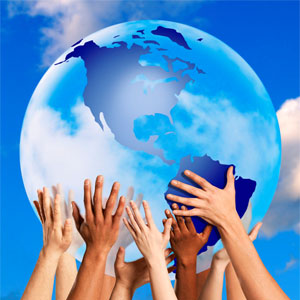 by Elisabeth Kalbfuss and Renée Giblin

Two years ago, Carlyle Elementary School in T.M.R. was a victim of declining enrolment – it had only 150 students, and the school community worried about its future. Today, it has 197 students and instead of looking bleak, the mood at the school is optimistic, and its survival seems assured.

Historically, offering an IB program has helped some public high schools attract and keep students who might otherwise end up in private or other selective schools. And now the IB primary years program designed for younger students is creeping into elementary schools that want to offer parents something more and reverse declining enrolment.

As in IB programs designed for high schools, “learning doesn’t start from the teacher, it starts from the students – that’s the big difference,” said Carlyle’s IB coordinator Tatiana Kavafian. “We train them to become independent learners, and think for themselves.”

Teacher Renée Giblin met with a group of Carlyle students and was impressed with their maturity. Every day, students spend time working in groups and developing communication skills. Each student talked, listened quietly and offered opinions. She was impressed with how comfortable they were in group settings and with communicating their research and ideas.

IB program officials came on a verification visit in November to see how the school has implemented its programs, and in mid-February, the school received word that it received its official designation. (Michelangelo School in the east end has also begun offering an IB program, and has applied for its accreditation as well.)

Although the program has to follow the Quebec curriculum, the guiding principles for teaching those subjects are the same as in all other IB accredited schools.

While the program is new at Carlyle, Children’s World Academy in LaSalle has been offering the IB program to its primary students for the past eight years. Although most students come from the Lasalle/Verdun area, some parents drive their children from the West Island and even the South Shore to take advantage of the IB program.

One of the things Children’s World Principal, David Estok, likes about the program is how learning themes, called “units of inquiry” in the IB lingo, recur and get expanded on as children move into higher grades. A kindergarten unit on “furs, feathers and scales” is organized around a central idea of sharing the planet with animals. In higher grades there are units on endangered species, deforestation and waste management, all related to that central subject.

“These (issues) are all topical,” he said, “We want to give kids an understanding of the issues they will confront in high school, in university and in life. We want them to be aware as global citizens, and create a learner who has a strong sense of values.”

The guidelines come from the IB program, but the actual content is developed by each school, through lots of planning and discussion.

Jennifer Morris looked at a lot of schools before choosing Children’s World for her two daughters, now 7 and 6. She felt the IB philosophy, which emphasizes respect and empathy, would not only help them learn values that were important to her, but also discourage bullying. “I felt my children would be safe and taught to respect one another,” she said. And she says she appreciates the extra work the teachers put in.

“I find the teachers in an IB school are very dedicated,” she said. “These teachers believe in the philosophy and love it…because it certainly is a lot of work for them.”

To find out which schools in your area offer the IB program, call your local school board.

For more information about IB schools and programs, visit www.ibo.org