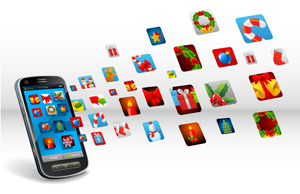 Angela Berryman used to dread the arrival of summer. Her 7-year-old son, who has a form of autism called Pervasive Developmental Disorder (PDD), would become overwhelmed by the change in his schedule and simply stop speaking. The boy had very little concept of time so he couldn’t understand that school would resume in a few months.

In an effort to reassure him and provide him with a sense of security, she tried to find ways to show him visually what was going to happen on a given day. But this involved searching the Internet for images of people doing various activities such as shopping or eating. She would then print and laminate the pictures and present them as a little storyboard. But if the family’s plans changed, she would be stuck, as words weren’t effective in explaining the situation.

Then Berryman heard about a seminar on using iPods and various “apps” or applications to help children with autism. She was initially skeptical. “I didn’t see how this tool could help kids, what benefit it would offer them,” she explains. Up until then, iPods and similar devices were mostly being used to play games and music or keep lists and maintain contacts.

At the seminar, Berryman discovered that apps for tools like iPods and iPads could transform the lives of children with special needs. For example, she learned about programs that would allow her to create and quickly display a visual schedule for her son, meaning a list of tasks such as get dressed, walk to school, etc. The images were already programmed into the app, so she would no longer have to scour the Internet and print pictures.

So Berryman purchased an iPod Touch and began experimenting with various apps. She says that working with the visual storyboards helped her son understand the past, present and future. With just a few taps of his finger, he could look back at the previous day’s schedule or ahead to the next day. “For him, something is only real if it is visual,” Berryman explains. “These apps have helped bring his stress level down because he can see what is going to happen.”

Berryman also found apps that allow her to create social stories, like little books that explain, in simple language, what people expect from others in social situations. For example, it might show a boy arriving at school and remembering to say hello to the teacher and his friends.

Berryman says the apps have greatly improved the family’s quality of life. She’s no longer on the computer until the early hours of the morning and her son feels more in control of his life.

The potential for these apps to change lives comes as no surprise to Andrea Prupas, founder of Invo8 Educational Consulting, a Montreal company that helps families and educators use technology to help children with special needs. Prupas says that, until recently, assistive technologies that help people with special needs overcome specific challenges (such as being unable to speak) have been very costly, running upwards of $6,000. But tools like iPads and smart phones only cost in the hundreds of dollars and many apps cost just a few dollars.

Prupas evaluates several apps each year and says parents need to be selective in their purchases. As she writes on her blog, “there is no app for autism.” Instead, apps target specific difficulties or challenges, so parents have to figure out what they want to work on with their child. Secondly, there should be research proving that the techniques actually help children (see sidebar for groups that review and evaluate apps).

Prupas notes that the world of assistive technologies is changing rapidly, which can be both exciting and confusing for families. But she is confident that tools like iPads and smart phones will soon be commonplace in homes and schools. She’s seen first-hand the transformation that occurs when, for example, a child who cannot speak uses a program to line up a series of images and then presses a button for a voice to say “I love you mom and dad.”

On her company’s website, www.inov8-ed.com, founder Andrea Prupas reviews and discusses many new apps. Click on the section “There’s An App for That,” for her ongoing series about programs that target specific needs (communication, fine motor skills, organization).

IEAR.og
Education apps are tested and reviewed by educators.

www.commonsensemedia.org
Parents can find reviews and rating of apps, as well as movies, books and games for children.

http://joanganzcooneycenter.org
Named after Joan Ganz Cooney, one of the creators of Sesame Street, this centre studies how children learn in this digital age. They have several reports, including “Learning: Is There An App for That?” available as free downloads on their site. 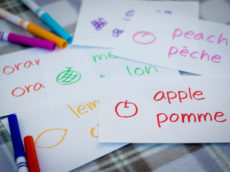 Raising kids in more than one language? 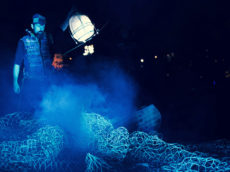 Light up your home with lanterns

Calling all creative kids - it's time to make a lantern to… 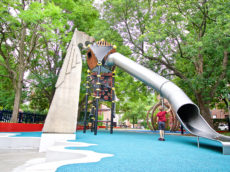 When Montreal playgrounds reopened this summer, you could almost hear the collective…