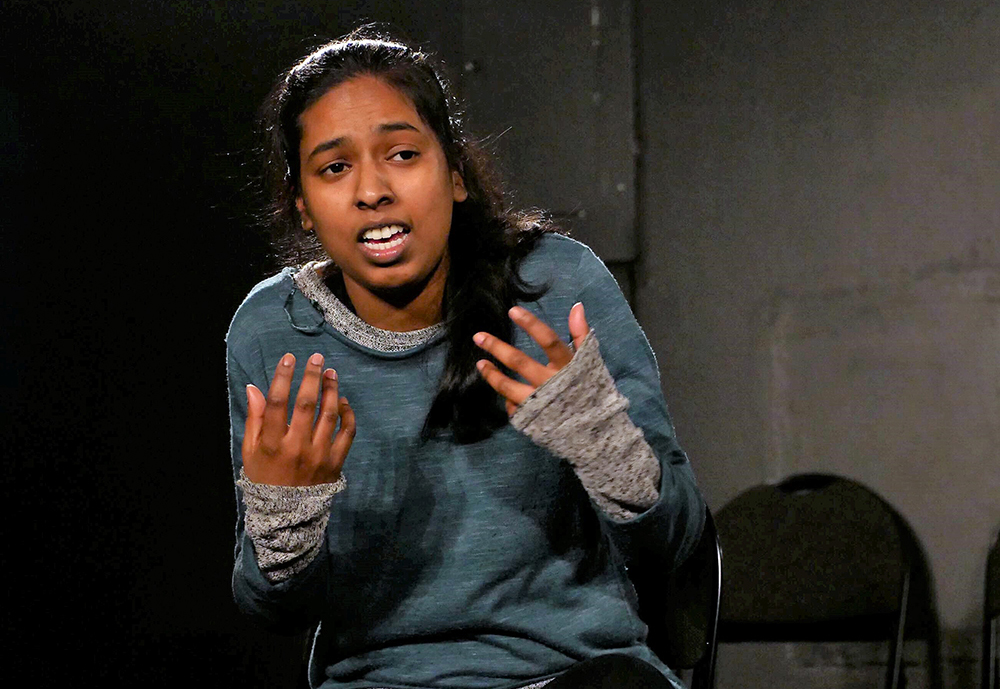 A new show at the Centaur Theatre in March is a compelling story with an important message for teens: never be ashamed of who you are.

Part of the TD Saturday Morning Children’s Series, the play is called PB&J and is a modernized adaptation of the iconic coming-of-age film The Breakfast Club.

Director Anne-Marie St-Louis said she loves taking influential works and adapting them to be relevant for today’s audiences.

“Bullying and stereotypes and people who are different overcoming their differences to get to know each other is what really inspired me,” St-Louis said.

Like The Breakfast Club, the play follows a group of teens stuck in detention, but the characters differ from the original movie.

The first character is a 14-year-old girl who loves to read and is good at school.

There’s a reserved tomboy, and a character who is viewed as a mean girl with a large Instagram following who feels mistreated by the world.

The only boy in the show is on the debate team, so he’s very sure of himself. He talks a lot but never really shows his deeper self, St-Louis said.

Throughout the play each character has his or her own transformation.

The title of the play comes from a scene showing the characters at lunch. Sitting around the table they realize they are all eating some variation of a peanut butter and jelly sandwich. Even though each sandwich is made differently, they are all still called PB&J. The teens realize that, although they are different from one and other, they are all just human beings.

By the end of the play, every character has a moment when they not only admit who they really are to themselves, but also to their peers.

St-Louis said she hoped the audience would learn that they have control over their image and that they can choose how they treat others. While it often takes courage to reveal your true self, she said it is important for teens to understand that it is important to discover and reveal who you really are, rather than hide behind a stereotype.

“I think as long as you speak [your truth], that’s how you can control your own image to the degree that you’re proud of yourself and happy with how you show yourself to other people,” she said.