Talking to teens about drugs can be tough, but with new and risky substances becoming available, it’s a discussion that shouldn’t be avoided. There has been substantial coverage in the media of the growing number of young lives, particularly in Vancouver, that have been taken by fentanyl. The powerful opioid is now making its way across Canada. Authorities are scrambling to deal with the number of overdoses and the high demand for treatment, to the point that the province of British Columbia has declared a state of emergency in the face of this crisis. But even if the drugs have changed, the nature of addiction and its impacts have not.

The classic diary-novel Go Ask Alice (Simon Pulse, $12.99), published in 1971, was one of the first Young Adult books to delve into the topic of drug use. Written anonymously, there has been controversy over who actually wrote the book, but its enduring popularity shows that the adolescent struggles that often lead to drug use remain pertinent. It helped bring the issue of teenage drug abuse out into the open. Some may say the book is an overly moralistic cautionary tale, but it started a conversation with teens on the effects of drugs that continues to this day, and that can be taken even further with some of the following contemporary titles. 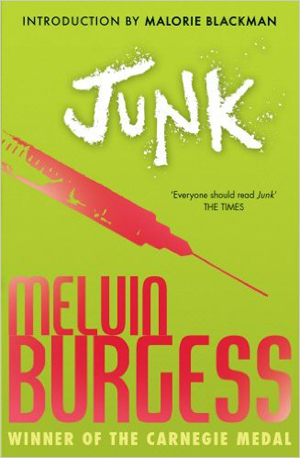 Melvin Burgess’ novel Junk (published under the title Smack in the United States) was greeted with waves of criticism when it came out in 1996, due to its explicit telling of the story of two runaways who end up on the streets and addicted to heroin in Bristol, England. At the time it was published, the Young Adult genre barely existed and tended toward happy endings and lighthearted stories. Burgess, however, veered in another direction and chose not to sugarcoat any of the hardships that main characters Tar and Gemma encounter while trying to feed their addiction, whether it be prostitution or being homeless. Written in the first person, but from the perspective of various characters, the story reveals the motives that draw youth towards drugs as well as the physical and emotional impacts on them and their loved ones, and the difficulties of trying to leave that world. Unafraid to tackle mature themes, and acknowledging that teenaged readers are sophisticated enough to handle them, Burgess ushered in a new wave in Young Adult literature that captures the realities faced by older teens. The groundbreaking novel won both the 1997 Carnegie Medal and the 1996 Guardian children’s fiction prize. 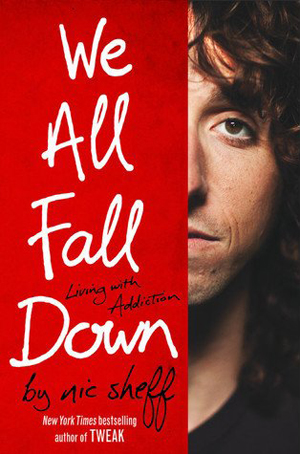 They say that you should write about what you know, and author Nic Sheff proves how true this idiom is by putting pen to paper and telling the story of his own experiences with addiction. Sheff began experimenting with alcohol as a pre-teen and was on to methamphetamines by the time he was a teenager. In his debut novel Tweak, he detailed his encroaching addiction and how it took over his young life. In his follow-up, We all Fall Down, he tells the story of trying to cope with and manage his addiction in rehab — sometimes with disastrous results — as he stumbles and relapses along the way. The fact that Sheff is not always a likeable character, often self-absorbed and driven by poor choices, gives readers insight into his deep struggle to gain control over his addiction, even as his own mind pushes him towards using again. Sheff shows the link between mental illness and addiction as he seeks treatment for his bipolar disorder, revealing the complexities of addiction. The book is brutally candid and provides an unflinching personal view inside the life of an addict. 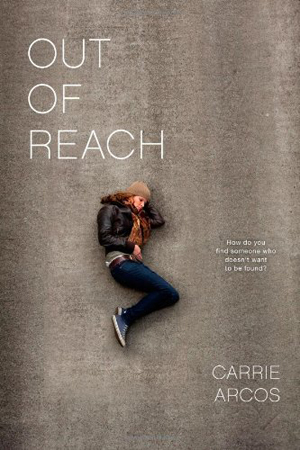 This novel looks at the effects of drugs on those close to someone who is an addict. In this case, the story is centered on Rachel, whose older brother Micah has been struggling with drug use for a few years. She can see that he is once again on a downward spiral after he disappears from home. When Rachel gets a note that Micah is in danger, she enlists his best friend Tyler to help find him. As they navigate the places where Micah might be, Rachel must confront her feelings of guilt for not speaking up sooner. Through flashbacks, she describes the transformation of her beloved brother into someone she now barely recognizes, and how she believed she was protecting him by hiding his drug use from her parents. Written in the first person, Rachel describes her emotional anxiety and feelings of helplessness in the face of her brother’s destructive behaviour. Readers will empathize with Rachel’s waves of hope and despair in the face of her brother’s addiction, and ultimately the hard road towards acceptance.