Holiday
Things to Do
Travel

For the first time ever, Parliament Hill in Ottawa will be home to an outdoor skating rink in December. And while this alone is worthy of a road trip, there are also many other reasons to head to our nation’s capital to cap off the year’s 150th anniversary.

According to Ottawa Tourism’s Director of Communications, Jantine Van Kregten, there are new exhibits at several major museums, special curling and hockey events, breathtaking holiday light displays, and more classic Canadiana than you can shake a beaver tail at.

The Canada 150 Skating Rink on Parliament Hill will offer free skating for families every day between Dec. 7-31. The opening of the rink will coincide with the launch of the annual illuminations that light up the Parliament buildings, museums, the Alexandra Bridge and more.

On Dec. 7, a Magical Winterscapes multimedia show will be projected on Parliament’s Centre Block and will feature live music, a pyrotechnics show, free BeaverTails and hot chocolate.

On Dec. 10, the site will be the focal point for the Canada 150 Skating Day with special events taking place in community skating rinks across the country. For more  information, visit canada150rink.com.

This is a also a big anniversary year for hockey. It was 100 years ago that Montreal and Ottawa faced off for the first time in the NHL. To commemorate the event, the Ottawa Senators and Montreal Canadiens will be playing a rematch at the outdoor rink at Lansdowne Park at the NHL 100 Classic on Dec. 16. For more information, visit nhl.com/fans/nhl-centennial/nhl-100-classic.

Curling fans will want to check out the Roar of the Rings from Dec. 2-10, which is an Olympic qualifying event. Tickets start at $20, and a limited number of free tickets are available for kids under 17 with a paying adult. For more information, visit curling.ca/2017roaroftherings.

Families can also explore new exhibits at major museums in the Capital Region, such as the Hot Wheels exhibition at the Canadian Children’s Museum. This gives kids a chance to learn more about the world of racing and the scientific process for designing super-fast cars as well as a chance to experiment with speed, power and performance using Hot Wheels cars.

This summer, the Canadian Museum of Nature launched a new permanent exhibit all about the Arctic and the Canadian Museum of History opened the Canadian History Hall, which is divided into three galleries — early Canada, colonial Canada, and modern Canada. Each gallery showcases the major events and turning points of each era through a display of artifacts and multimedia presentations.

Families can also check out the Canada Science and Technology Museum, which reopens Nov. 17 after an $80-million facelift. Van Kregten said the kid-oriented, hands-on museum has been closed for almost four years and was essentially gutted and rebuilt. 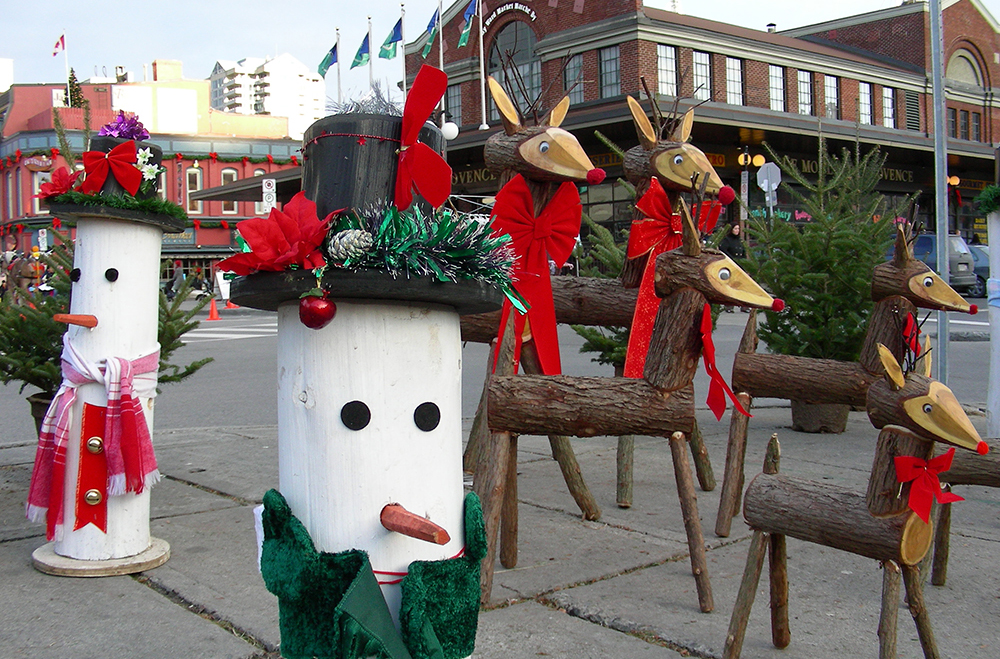 Van Kregten said visitors should make sure to stroll through Byward Market (photo right credit: Ottawa Tourism). “It’s just really fun to explore. You can stop for a BeaverTail at the original Beaver Tail store, or get some hot chocolate at one of the little cafes.”

She also recommends taking the highway on the north side of the river between Ottawa and Montreal to fit in a stop at Omega Park in Montebello, where families can see wildlife including black bears, moose, wolves, deer and boar.