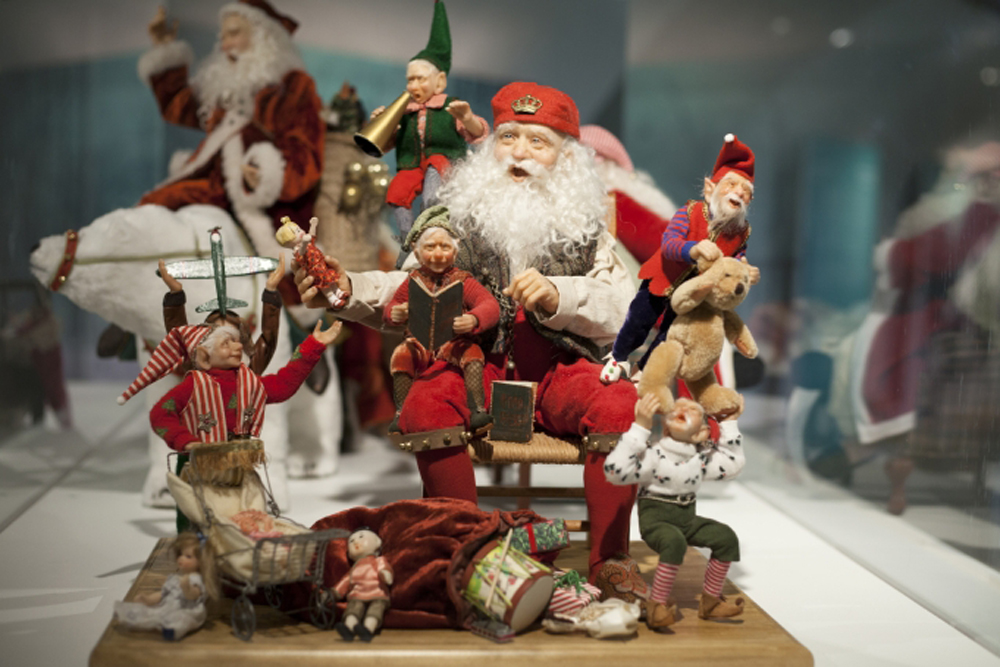 Santa Claus is not only coming to town, he will be monopolizing one of Montreal’s museums from Nov. 15 to Jan. 7. For the fifth year running, the Montreal Stewart Museum will be hosting the Santas Are Taking over the Stewart Museum exhibit. There will be more than 30 figurines and a giant dollhouse that will come to life to the sound of music. The collection was handmade by dozens of American and Canadian artists, and once belonged to philanthropist Liliane Stewart, whose husband David M. Stewart founded the museum. The figurines include Santa Claus climbing down a chimney, sitting on his sleigh or hanging out with his forest friends. The fairytale-inspired dollhouse, known as Szálasi, was made by a German soldier in 1975 and features miniature couples waltzing during a grand ball.

The museum will also be hosting daily holiday-themed activities for kids, including craft workshops, storytelling sessions, short film screenings and visits from Santa Claus. Kids can take part in Christmas tree decoration workshops for all ages and bilingual storytelling on weekends at 11:05 a.m. and 2 p.m.

Interactive treasure hunts are new this year, inspired by the natural materials used to make the Santa figurines. Kids can feel and touch different materials, hunt through the exhibit and associate each material with its Santa figurine.

The museum will also display 20th-century photographs of Montreal that will help teach kids about past holiday traditions. Holiday-themed short films will screen daily from 10:05 a.m. to 4:35 p.m.

The Stewart Museum is located on Île St. Hélène and the exhibit is open from 10 a.m to 5 p.m. Wednesday through Sunday. The museum will have special openings on Dec. 26 and Jan. 2.

Admission is free for children under 12 and costs $5 for adults. Tickets will also include access to the museum’s History & Memory exhibit, which details Quebec’s First Peoples and the Lower Canada rebellion.