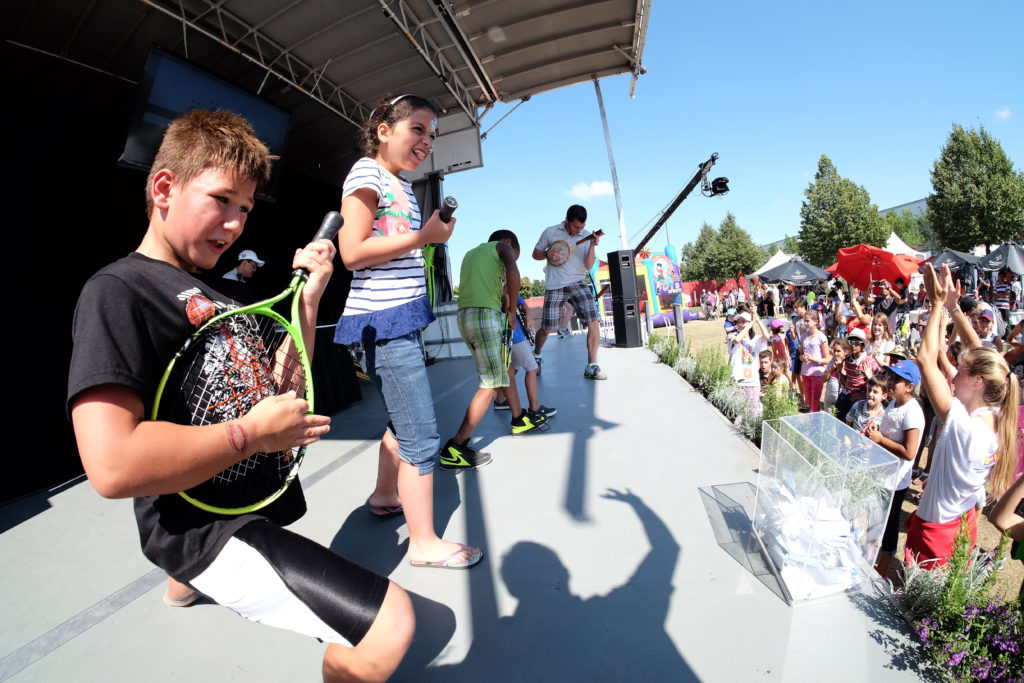 From July 22 to 31, The Rogers Cup is bringing the top names in female tennis back to Montreal and the first weekend is officially known as the Aviva Family Weekend.

From July 22 to 24, families are invited to take part the following free festivities: face painting, inflatable bouncy castles, Jumpaï (acrobatic trampoline), ball hockey matches, dance lessons, and mini tennis, where kids can play on a small-scale court with equipment tailored to them while receiving coaching tips from animators. You don’t have to love tennis to enjoy this weekend; just walking around the site and soaking in the ambiance is enjoyable.

At the end of the day on Friday, the official tournament draw will take place. On Saturday, there will be the Sportsnet ball hockey game and on Sunday, players from the Montreal Impact, such as Ignatio Piatti and Patrice Bernier, will return to National Bank Court to battle the female players.

During the weekend, kids may also get the chance to meet their favourite tennis stars at autograph sessions or they can watch them practice.

The Aviva Family Weekend goes from 9 a.m. to 5 p.m. on all three days. Free tickets are available at the Uniprix Stadium all weekend. And with the tickets, the public can also ride the metro at no cost.

The Uniprix Stadium is at Jarry Park and this year the tournament will host 60 of the top 65 best players. Montreal’s own Eugenie Bouchard will be competing on Tuesday, July 26 during the day session.

For more information about the tournament, visit couperogers.com.