Last year, Queen of Angels Academy announced it would be closing due to dropping enrolment and rising costs. Besides losing an institution in the community, many Dorval residents were worried the land would be sold to developers and turned into condos, with the memories of the school’s contribution to society lost in the process.

They overhauled the building in 13 months and had almost free reign to create a school equipped for 2015, says Principal Véronique Lemieux-Boyer. Administrators tapped into research about effective teaching strategies and the latest uses of technology. They also visited schools around the world in order to implement what they believe are the best practices.

The goal was to create an environment that motivates children to become doers. They assembled a team of teachers who have expertise in fields other than just teaching (dancing, coaching, for example).

The school received close to 270 applications for 33 teaching positions and 1,000 applications for what ended up to be 481 spots for students (the maximum will be 570 in future years). Lemieux-Boyer said they decided not to admit the maximum number so they would have a chance to iron out any problems and get to know the school community.

The school’s walls are colourful, with plenty of windows; natural light makes most rooms look bright and inviting. The goal is to have children speak French and English fluently, and Spanish is introduced in Grade 5. Each student is provided with their own laptop or tablet that they use in school and the entire building is Wi-Fi enabled. Teachers use books, apps and everything in between in their instruction, and sometimes employ the flipped classroom methodology, taking on the role of facilitator to let students work at their own pace. The uniforms are pants and shirts, nothing too fancy, made for kids to be able to move around in.

The school boasts specific rooms for Lego, drama, music and dance, a science lab, a greenhouse and a large gym. The kids have a 20-minute recess in the morning and afternoon where they have access to about 46,450 square metres (500,000 square feet) of space to play outside.

The majority of students are from the West Island, but there are also some from LaSalle, Montreal West, Cote St. Luc and St. Laurent. Tuition for the 2015-2016 school year was $6,950, not including about $1,485 in other costs such as registration, technology fees and a donation to the Ste. Anne foundation. After-school activities and the daycare program are extra.

Boyer-Lemieux says the longstanding history and tradition of the Ste. Anne schools means parents are comfortable sending their kids to the new school. And the bridge to the high school is also a draw – students who complete Grade 6 are automatically admitted to the high school, which is consistently ranked as one of the top high schools in Quebec.

The school looks for creative children with analytical minds and good language skills. Admission is officially closed for the 2016-2017 school year, but some spots may become available. 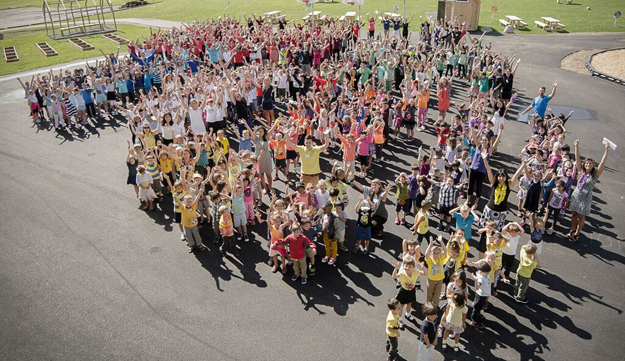