For almost 20 years, Pokémon trainers around the world have set out to catch and train an ever-expanding roster of fictional creatures, all in a bid to become the ultimate Pokémon master. On August 30, a concert series that celebrates their noble exploits will make a stop in Montreal.

Pokémon: Symphonic Evolutions is billed as a musical tour through the franchise’s history. An orchestra will provide the soundtrack while scenes from the 10 incarnations of the game play behind them. The show promises an entertaining time for loyal Pokémon fans and newcomers alike, but devotees will especially appreciate the show’s name – evolution is a key component of the game and watching the creatures evolve into bigger, stronger beasts is a familiar thrill.

Conductor Susie Benchasil Seiter is no stranger to bringing music from video games to the stage. She orchestrated performances of the Legend of Zelda: Symphony of the Goddesses, a show that began touring in 2012 and is still going today. She was also involved in conducting and orchestrating music for Star Trek: The Video Game.

The show takes place at Place des Arts on Aug. 30 at 8 p.m. A dollar from every ticket sold goes toward funding arts education. 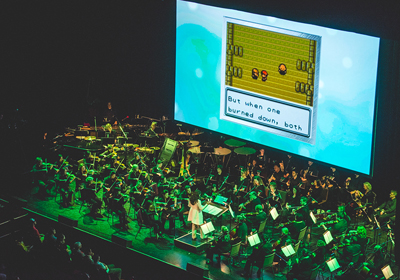