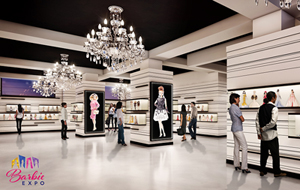 My Barbie dolls had a rough life. Mismatched outfits and terrible haircuts at the best of times, (mostly) accidental beheadings at the worst of times…none of my childhood dolls are fit for reuse, let alone exhibition.

But the Barbies that will be on display at the Cours Mont Royal as part of Barbie Expo are not mine, or your daughter’s dolls. The new, permanent exhibition will feature 1,000 one-of-a-kind Barbies that will take visitors on a journey through fashion and pop culture trends.

The original Barbie turns 57 this year, and the exhibit includes dolls that will appeal to people of all ages. The dolls were amassed from collectors around the world. Some were purchased, while others were donated by people impressed with the exhibit’s donations-only philosophy. Renowned designers such as Christian Dior, Versace, Givenchy, Donna Karan, Giorgio Armani, Ralph Lauren, Vera Wang and Oscar de la Renta designed some of the dolls’ outfits. 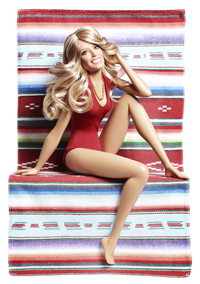 Some are modelled after Hollywood stars like Marilyn Monroe, Audrey Hepburn, Farrah Fawcett, Beyonce and Jennifer Lopez. Others are tributes to characters from blockbuster films such as Gone with the Wind, Grease, Titanic and The Hunger Games. Fashion icons, both historical (Cleopatra, Marie Antoinette) and contemporary (Kate Middleton) also make an appearance.

The exhibit, which launched Feb. 11, is located on the second floor of Cours Mont Royal, near the de Maisonneuve Blvd./Metcalfe St. side of the mall. It will be free to check out during regular business hours, but donations to the Make-a-Wish foundation will be accepted.