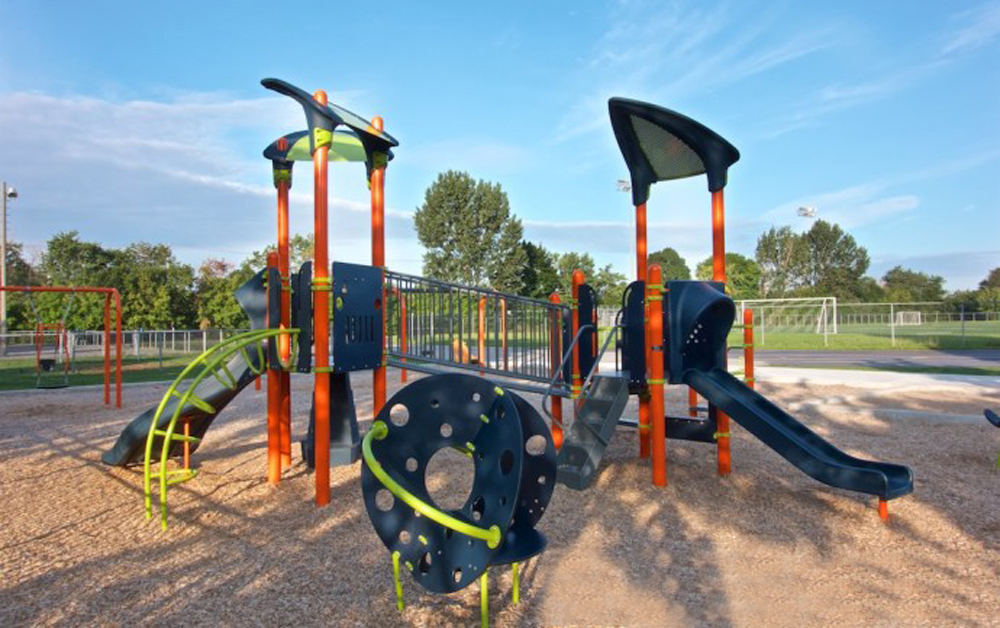 Montreal playgrounds are becoming more inclusive for children with disabilities, as well as more fun for older children, teens and adults, thanks to millions of dollars worth of investments in new play equipment and other improvements.

According to blogger Christine Latreille, just a few years ago it was difficult to find playgrounds in Montreal that were wheelchair accessible, or had specialty play equipment such as roller slides (a must for children with cochlear implants who cannot use regular slides). But in many parts of Montreal, improvements have been announced that will make parks more fun for everyone.

Latreille is a West Island mother of two who launched StrollerParking.ca in 2014 as a simple chronicle of her family’s experiences in local parks, but the website has since turned into the most comprehensive source for information and news on local parks and playgrounds.

She hunts for clues on new park improvements by reading the minutes from council meetings in and around Montreal, and subscribes to play-equipment trade magazines and catalogues to keep up with trends.

She said 15 of Montreal’s 19 boroughs have received new funding for projects to improve the quality of life for seniors, which includes more wheelchair accessibility in municipal buildings and parks. The almost $9-million program started in 2018 and by 2020 will have resulted in almost 60 projects to make parks and public spaces more accessible to people with mobility issues, as well as to improve quality of life for seniors.

In the West Island, Latreille said there are a number of significant new park and playground investments underway this year, including major improvements to Meades Park in Kirkland and Heights Park in Beaconsfield, and the creation of Tony Proudfoot Park in Pointe-Claire. Plans for Heights Park include multigenerational activities such as bocce and outdoor fitness equipment, and Meades will feature a new splash pad. All three are intended to be inclusive of people with disabilities.

Latreille said a new wheelchair swing at Windsor Park in Dorval is another noteworthy addition, which could make the park a destination for families with older children in wheelchairs who are too heavy to use harness-style swings.

Other notable trends include new products for babies as young as 6 months old, tandem swings designed for parents and older children to swing with kids, musical and tactile play equipment, as well as fitness circuits for all ages and “ninja-style” obstacle courses for preteens and teens.

Latreille is also excited about renovations planned this summer for Parc Père-Marquette and Parc de la Cité-​Jardin in Rosemont-La-Petite-Patrie. In both cases, the parks will eschew typical brightly coloured plastic playground equipment in favour of natural materials in neutral colours, and a focus on imaginative play.

A fall outing at Rougemont farm

Pick-your-own apples and pumpkins is a favourite tradition for many of us, and…