Home / November 2017 / Parents warned about the dangers of sports drinks 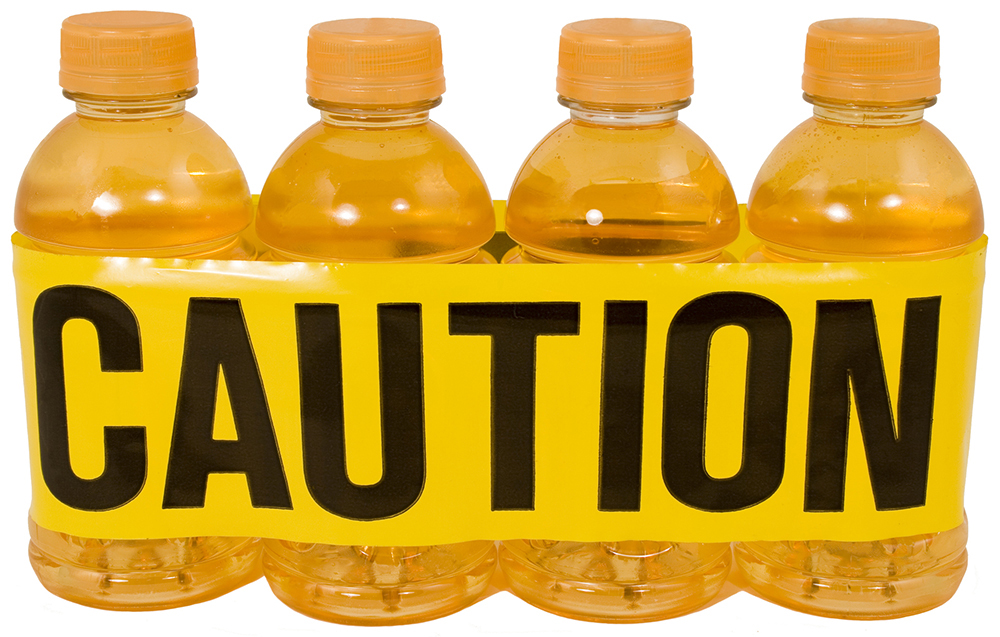 Sports Drink...Caution. May or may not be good to consume.

Many parents turn to sports drinks to rehydrate kids after soccer practice or after they’ve played hard at the park, but new guidelines suggest it’s best to give them water instead. According to the Canadian Pediatric Society (CPS), sugar-laden sports drinks and caffeinated ‘energy’ drinks are unnecessary at best, and can even be dangerous for children.

In a strongly worded statement endorsed by Dieticians of Canada, CPS cautioned that the sugars in sports drinks are linked to obesity and dental cavities in children, while levels of caffeine in energy drinks typically exceed Health Canada’s maximum daily intake for kids.

A 2008 study of Quebec adolescents reported more than half were consuming energy drinks. A 2011 Canadian Pediatric Surveillance Program study found the most common reasons are to increase alertness, improve sports performance and because of peer pressure.

Some older teens mix energy drinks with alcohol, a dangerous practice that is linked to higher rates of alcohol poisoning, drunk driving and risk-taking behaviour. Combining caffeine and alcohol can mask feelings of intoxication, so teens may not realize when they have had too much to drink.

Studies have suggested that children are more likely than adults to develop caffeine dependence. Side effects can also be more pronounced in youth. Children’s ability to metabolize caffeine is slowed down during puberty because of the natural surge of growth hormones. Because of the particular dangers caffeinated energy drinks pose for children, the CPS is also calling on the government to ban marketing these beverages to youth.