Many of us have a favourite picture book, dating from our childhood, whose illustrations still linger in the back of our memory. Some of these books can be found in bookstores, but many others have fallen out of print, making room for new books to fill the ever-growing pantheon of children’s literature.

If you are lucky enough to have a copy of that old classic, then you have a wonderful opportunity to pull it out and read it with your own child. Few pleasures can match that of sharing a piece of your own childhood with your offspring. Unfortunately, many parents can’t partake in that experience because that old favourite has gone missing or fallen apart over the years. Thankfully, several publishers have begun to rifle through their archives and pull out some long lost titles for re-issue. Many of these books merit regaining their place on the family bookshelf. Here are some titles to be enjoyed by a new generation of young people. 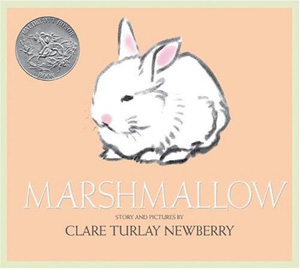 Author and illustrator Clare Turlay Newberry began publishing children’s books in the late 1930s. Her soft, charcoal illustrations perfectly brought to life the furry cuddliness of the animals she portrayed. One of her most beloved books was Marshmallow, the story of a little white rabbit who “adopts” a cat as his mother. At first, the cat Oliver is wary of the rabbit’s arrival in his home and tries to ignore the little creature. Over time, Oliver begins to accept his role as a designated caretaker, even sleeping with the little bunny between his paws. Newberry has said that the book was completely based on true events and her book shows how nature has a great deal to teach humans about compassion and friendship. Marshmallow emanates a warmth and enchantment that children will immediately be drawn to, and it is not surprising that the book won the Caldecott medal (most distinguished American picture book for children) when it was originally published. 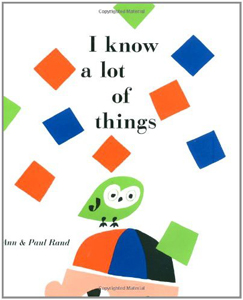 The world is a mysterious place for children, but each day they make new discoveries that help them piece together an understanding of it. This is the theme behind the book I Know a Lot of Things by Ann and Paul Rand, which is as pertinent today as it was in 1956, the year of publication. In this story, a child lists the things he knows, such as the fact that a dog talks by barking and a mirror provides a reflection of the person in front of it. As the story progresses, the child also makes bigger discoveries. He looks up towards the moon and the stars and realizes that the earth may be part of a larger universe. The book captures not only the joy that children feel in learning about the world but also the confidence it gives them to keep searching and exploring. Illustrated by famed graphic designer Paul Rand, best known for designing well-known logos such as that for Apple computers and ABC TV, the book’s sharp and bright images fill each page with large blocks of bold colour and demonstrate that illustrations can and should be as whimsical as the story itself. 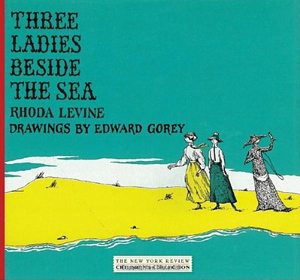 Over the last few years, the New York Review Children’s Collection has done a great service to children’s literature by re-issuing what they deem “time-honored classics for children of all ages.” Each year, three to four titles are released, ranging from picture books to chapter novels. One of their most recent releases is Three Ladies Beside the Sea written by acclaimed opera director Rhoda Levine and featuring the macabre Victorian illustrations of Edward Gorey. This story of three eccentric ladies is told in rhyming verse and is centered on discovering why one of the ladies always wants to climb trees. The setting of the story evokes the English seaside and children will be transported to a place where days are wiled away looking for treasures along the sandy shores and taking in the salty air. They will be captivated by the mystery of these ladies and by their ability to accept one another despite their odd differences. It is a timeless lesson for children of all generations and one that they will easily relate to in this wry and amusing story.