Home / May 2017 / Nothing elementary about these detective books 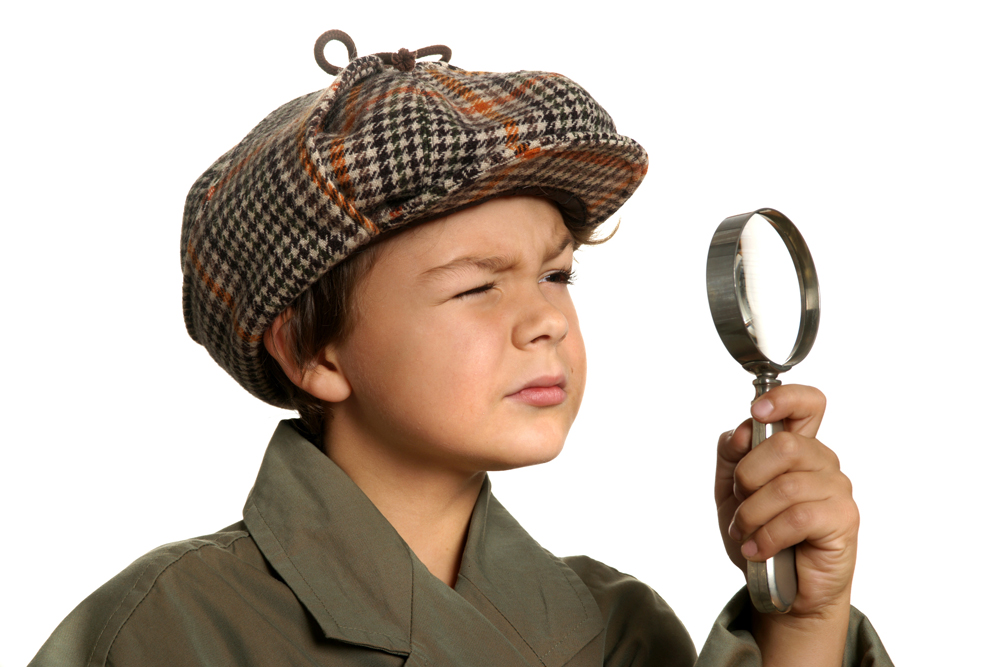 In the last few years, Sherlock Holmes has made quite a comeback in terms of popularity. Whether in the popular BBC series Sherlock, the American show Elementary or in Guy Ritchie movies, this famous private detective has been stripped of his dowdiness and re-invented as a daring and unconventional cool intellectual.

This year marks the 125th anniversary of the publication of the first collection of stories by Sir Arthur Conan Doyle that featured Sherlock Holmes. Over the years, his character has had a big impact on children’s stories as mysteries and detective series like the Hardy Boys and Nancy Drew, Encyclopedia Brown and Harriet the Spy became part of many childhood reading experiences.

The genre is far from passé and, in the spirit of the Sherlock Holmes revival taking place, here are some children’s detective series for the 21st century. 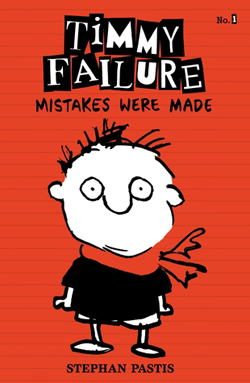 More reminiscent of Inspector Clouseau than Sherlock Holmes, Timmy Failure proves that not all detectives are geniuses. In this hilarious series, readers meet Timmy, whose sleuthing skills leave much to be desired — despite being the proud CEO of the greatest detective agency in town. Along with his partner, a polar bear named Total who may or may not be an imaginary friend, Timmy offers his services to crack cases like who stole your candy. Timmy’s funny capers are underpinned by some sensitive subjects, such as the fact that he launches his detective business so his single mother no longer has to worry about money. These details help to humanize Timmy and prevent him from becoming a one-dimensional comedic character. The pencil illustrations add to the humour, often depicting Timmy in situations that contradict what he is actually saying. The books in this series will make readers laugh out loud as they begin to wonder if they, too, can be detectives. 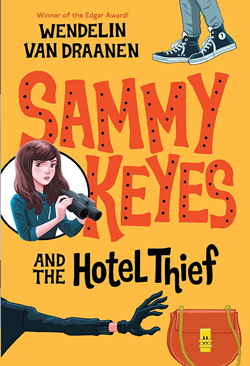 The first novel in this series was published in the late 1990s, but Samantha “Sammy” Keyes would fit right in with today’s teens. Sammy is dealing with your everyday junior high problems like boys and mean girls, but this sarcastic tomboy with a nose for trouble is also facing some issues at home. Sammy is secretly living with her grandmother in a seniors-only residence, after her mother abandoned her to try her luck at being an actress in Hollywood. Wary of adults, Sammy’s curiosity and defiant spirit draw her into snooping and she comes across mysteries that she can’t resist trying to solve. Readers will enjoy the first-person narration, as Sammy gives her sly commentary on thieves, villains, and other shady characters. If anything, the mysteries in the 20-plus novels in the series merely serve to populate Sammy’s world with colourful characters and funny situations, bringing out her caustic temper and crazy antics. Readers will also come to realize that some of the biggest mysteries tackled by Sammy, like why people are the way they are, what to do when you like a boy, and why are adults so hard to understand, are universal mysteries that we can all relate to. 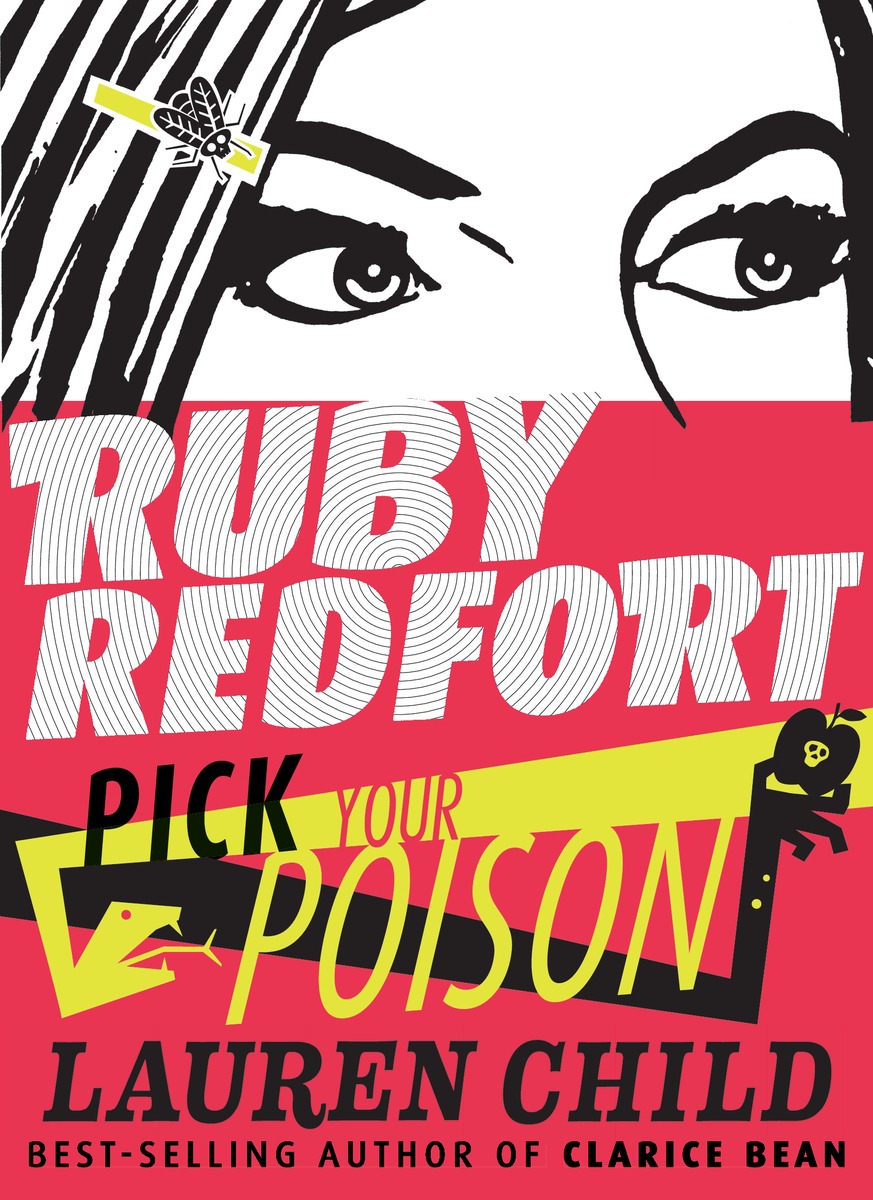 Author and illustrator Lauren Child is best known for her spunky character Clarice Bean, and this series is based on Clarice’s heroine, Ruby Redfort. This 13-year-old Ruby is a sophisticated rich kid who also turns out to be an expert code breaker. In the first novel in this six-part series, Ruby is recruited by a spy agency and her life becomes filled with thrilling missions and state-of-the-art gadgets. The precocious teen never gets ruffled, and part of her cool demeanour stems from the fact that the adults in her world seem uninspired and mundane, including her clueless parents who are completely unaware that their new butler Hitch is actually Ruby’s handler. Part Sherlock Holmes, part James Bond, young readers will delight in seeing a female character in this type of role, which for too long was reserved for boys and men. Readers can even test their own spy skills with puzzles in the book that they can solve (the answers can be found online). 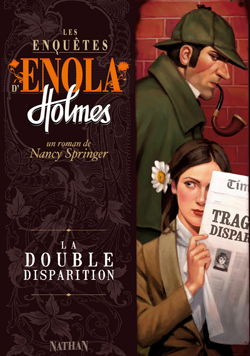 Most Sherlock Holmes aficionados know that the detective has a brother named Mycroft, but this series assumes the two also have a younger sister. Set in Victorian England, Enola Holmes is 20 years younger than her famous brother. When she turns 14, their mother disappears, and Enola’s dismissive brothers want to send her away to boarding school. Enola suspects that her mother has left to escape the confines of Victorian society and she, in part, chooses to do the same by running away from home and escaping the dull destiny that her brothers have planned for her. This young lady proves that she is just as clever, if not more so, than her brother Sherlock, by not only managing to evade him and Mycroft in London, but also solving multiple mysteries along the way. In each of the six books in the series, Enola solves a missing person’s case, even one involving Sherlock’s sidekick Dr. Watson. The books do not romanticize the period and reveal the hardships of life as London began to experience the impacts of industrialization. Enola is a fun character whose curiosity and adventurous spirit comes through over and over. Readers will be captivated by the aliases she creates to solve her cases and survive on the run as well as how she outsmarts her brothers, including the greatest detective of all.