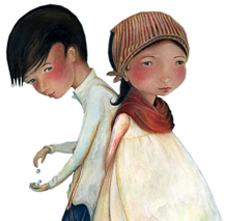 The combination of costumes, free candy and spooky stories at Halloween probably makes it rank as the most popular holiday among children. For many, the whole month of October is dedicated to preparing costumes and decorations for this once-a-year event, and part of the anticipation can include pulling out their favourite scary stories.

This year, you may want to help your children get into the Halloween spirit by sharing books that put a new twist on some of the best-known and well-loved horror stories of our time. 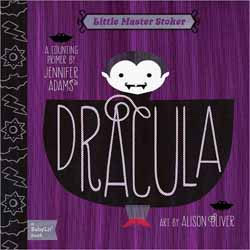 The only thing babies might understand about Halloween is that they get stuffed into adorable costumes and get a lot of attention from cooing adults. But now, even they can get into the Halloween spirit with this board book that introduces them to the infamous Count Dracula. It is part of a series of board books aimed at giving toddlers their first literary experience. Previous titles include Little Miss Austen and Jane Eyre. Author Jennifer Adams deconstructs stories and retells them through a counting process. So for instance, in Dracula, she introduces “One castle” and “Two friends”, “Three wolves”, etc.

Children get an overview of the story, becoming familiar with some of its elements and providing them with childhood memories that might spur them to discover the actual classic later. The book is reminiscent of the famous Count on Sesame Street, but we can all admit that counting along with a “count” makes learning numbers all that more fun. Illustrator Alison Oliver does a terrific job creating simple yet stylish images that use few colours to create eye-catching contrasts. 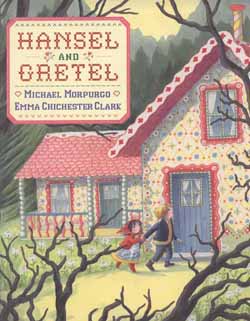 What better way to mark the 200th anniversary of the publication of the Grimms’ Fairy Tales than by rediscovering one of their most frightening classics: Hansel and Gretel. In this retelling, award-winning British author Michael Morpurgo adds some chilling layers to this already dark tale, giving more space to the wicked witch who lures the brother and sister to her sweet candy house. Although illustrated, the book takes its time to tell the story of Hansel and Gretel, adding details to create a more fleshed-out narrative. By developing the character of the witch in particular, the book subtly shows that her cruelty springs from a desire for acceptance and to feel the love that the children receive from their parents. This does not necessarily make her a more sympathetic character, but certainly one that is more complex and intriguing. And Hansel and Gretel themselves face the daunting challenge of escaping their fates and finding the courage to do so. This fairy tale has not lost any of its eeriness and children will thrill at discovering it for the first time, or rediscovering it in a whole new way. 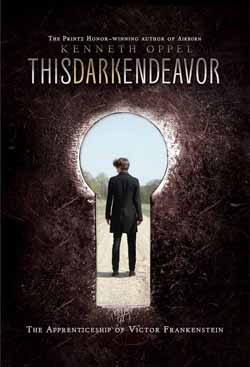 As children reach their teen years, they tend to shun Halloween as childish, but deep down they may be missing the fun. It might be a good time to slip them this new book by Kenneth Oppel, which offers a prequel to the legendary story of Frankenstein.

Mary Shelley unleashed her monster on the public imagination in the early 1800s when she published her novel about a young scientist named Victor Frankenstein who pieces together human body parts and brings the result to life.

Canadian author Oppel explores the events that drive Dr. Frankenstein to enter into this dark experiment. He turns back the clock to when Victor is a 16-year-old boy and his twin brother Konrad becomes sick with a mysterious illness that threatens his life. Victor becomes obsessed with an old apothecary recipe for the elixir of life that he believes will restore his brother to health. Victor, his cousin Elizabeth and his best friend, Henri, set out to find the rare ingredients to make the potion, risking their own lives to procure them. It soon becomes clear that Victor is driven by the thrill of creating and controlling something as powerful as the elixir. Oppel has not only written a highly suspenseful novel that is full of action, adventure and mystery, he has also created a story that delves deep into the psyches of his characters to show that sometimes the human spirit can be a frightening thing.