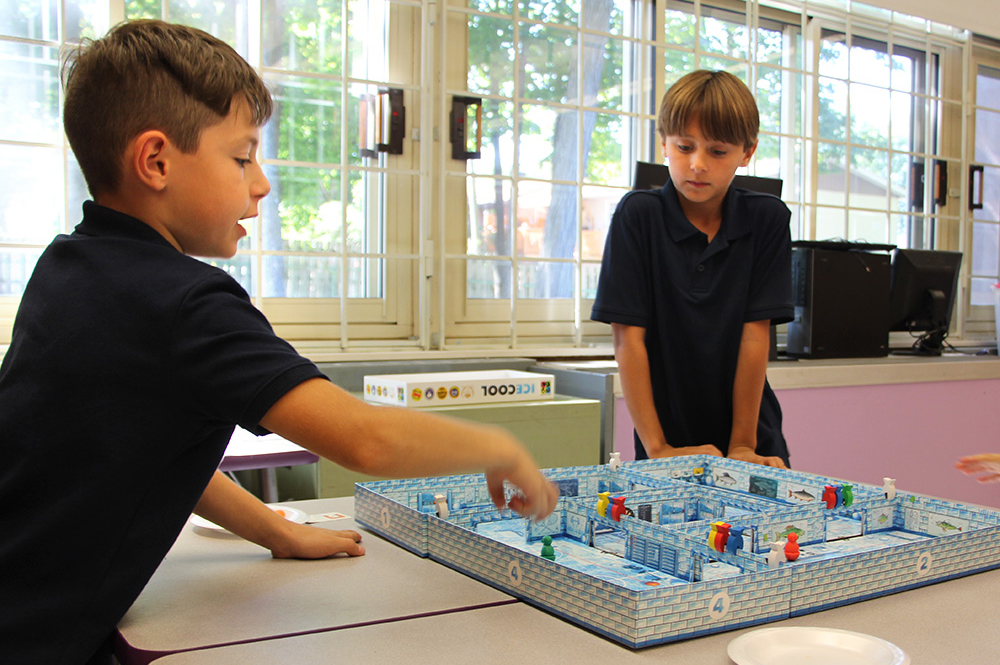 A new after-school and ped day program aims to remind kids how much fun it can be to play games with a group of buddies around a table, rather than in front of a screen.

All Aboard Games, launched last summer by West Island entrepreneur Matthew Pinchuk, introduces children to high-quality modern games like Ticket to Ride: My First Journey and Catan Jr. with facilitators to help explain the rules. The bilingual program has come to over a dozen schools in the Montreal area so far, with more to come.

These aren’t your granddaddy’s games. Sure, classic titles like Monopoly and Trouble are fun, but the new breed of board games is much more creative, complex and strategic.

“The main difference is intellectual engagement,” Pinchuk said. “When you play a game like Monopoly there’s not a lot of choice involved. You’re kind of along for the ride. Modern games have more interesting choices that keep the children engaged.” 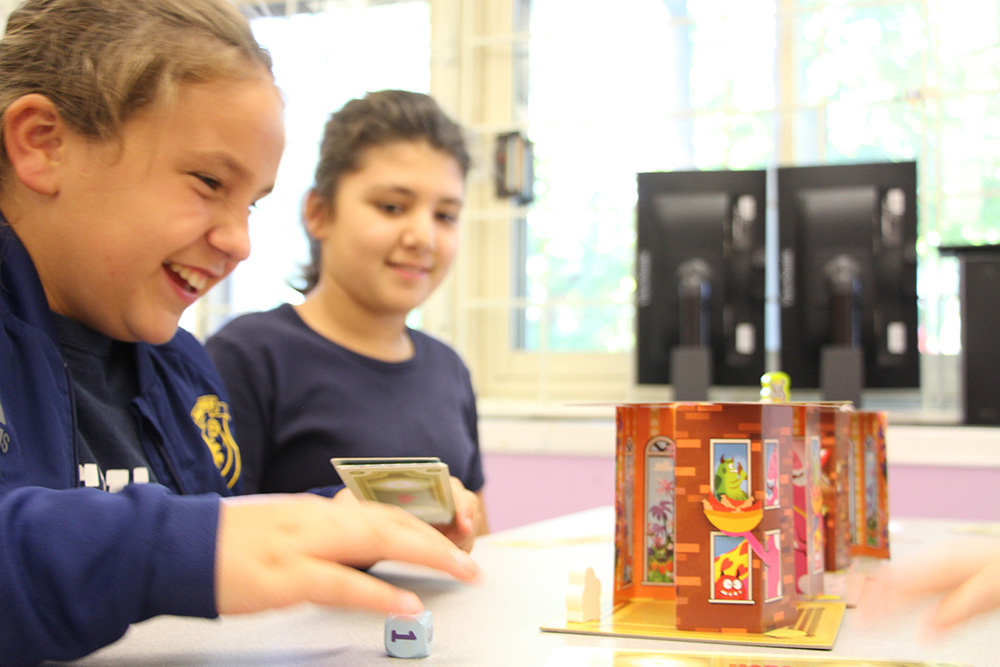 For instance, the junior versions of Ticket to Ride and Catan, (which Pinchuk introduced to students in Grades 3 to 6), are simplified but still require strategic thinking and negotiation with other players. They also include elements that keep the game feeling fresh — even changing the board’s map each time, in the case of Catan.

For younger players from kindergarten to Grade 2, Pinchuk turns to quick-playing but fun games that challenge spatial awareness and teach good sportsmanship, such as Haba’s critter-shaped block-stacking game Animal Upon Animal or Spinderella, which challenges kids to help little bugs escape the magnetic clutches of two spiders.

In addition to extracurricular activities and ped days, All Aboard Games also offers special sessions in class that can complement school curriculum or address specific needs. For example, at Pierre Elliott Trudeau Elementary, Pinchuk facilitated an eight-week session for a group of children who had learning disabilities or difficulty with social skills. Each week the children get to try a new game.

“All these games, whether they have some sort of reading involved, math skills involved, critical thinking, logic, or spatial reasoning, all these cognitive skills are present in this super fun format,” Pinchuk said. “Kids don’t see it as a chore. It’s just a game, but at the same time they’re developing all these skills.”

An eight-week series of gaming sessions varies depending on the format and requirements but typically costs around $65 per student, Pinchuk said.

All Aboard Games also facilitates family game nights, for those who would like to explore new titles together. For game-loving parents, Pinchuk also recommends bringing the kids to places like the family-friendly Gamerz Cafe in Pierrefonds (gamerzcafe.com), where they can explore new games together. The creativity and range of titles now available is so vast that Pinchuk has amassed a collection of more than 1,000 games. “Games are so sophisticated these days. I love learning games. I don’t even need to play them. I’ll read a rulebook for fun, and be satisfied with understanding how they designed it and how to figure out the intricacies myself,” he said.