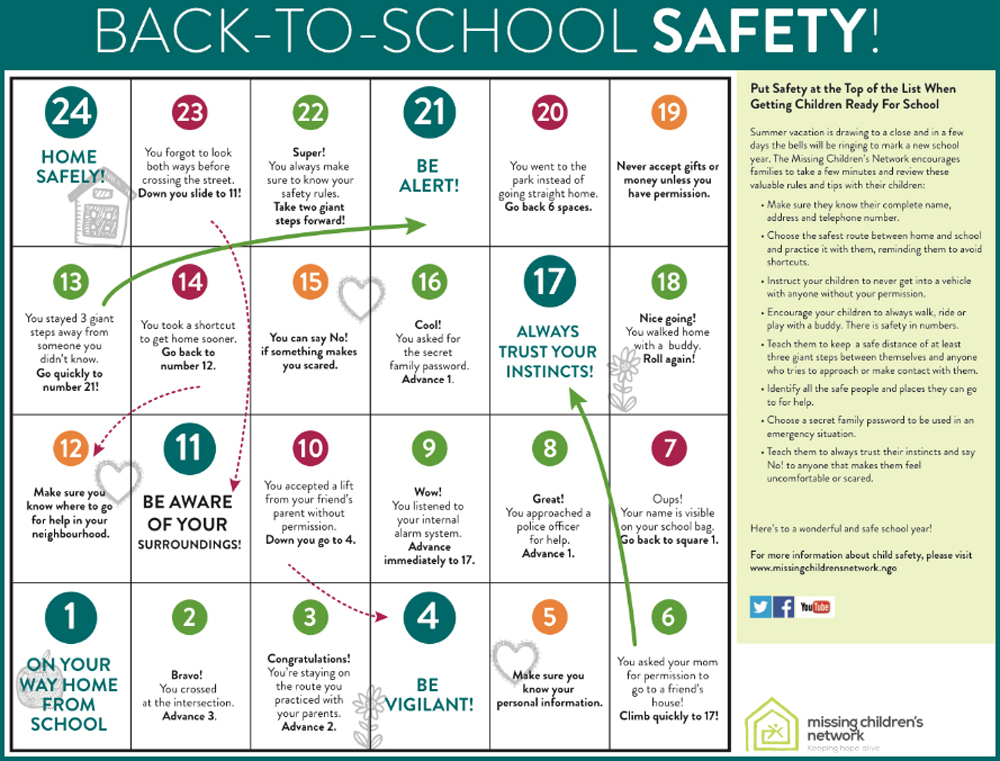 As part of a new back-to-school initiative, the Missing Children’s Network (MCN) has created an interactive game to teach kids about personal safety. The game, which can be downloaded and printed off its website, is meant to highlight the dos and don’ts of getting to and from school.

According to the organization’s Director General Pina Arcamone, a large number of the cases they oversee come as a result of a child going missing or getting lost on route to and from school. The game reinforces concepts like not speaking to strangers, travelling with a buddy and not taking unfamiliar paths. It also advises children to memorize their address or phone number in case they find themselves in a situation where they have been separated from their parents and need to contact them.

“We want to teach kids about safety in a fun way and to prepare them without scaring them,” Arcamone says. “The goal is to empower them and give them the necessary tools to stay safe.”

The game takes on a format similar to that of Snakes & Ladders: each player (up to four) rolls a dice and moves accordingly on the board. Each space has a different message written on it either with a tip or precaution, and if a player lands on a space where they have done something unsafe like speak to a stranger, they fall back several spaces.

Along with the many support services and resources, the organization offers educational seminars for parents. It also offers workshops in elementary and high schools that focus on the importance of personal safety both online and offline by engaging them in different role-playing situations.