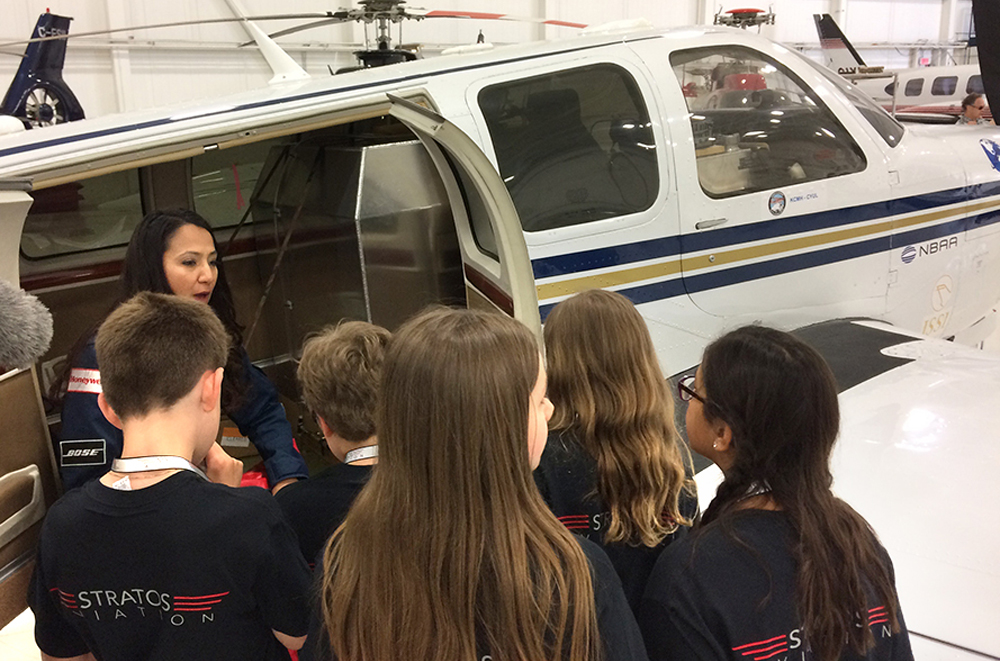 Does your child dream of flying the skies above? Do they aspire to one day be in control of a large aircraft that hovers above the clouds? Or maybe would just fancy hanging out with pilots for a couple of weeks and watch them work? If so, a new aviation camp in Dorval might be the place to send them this summer.

Stratos Aviation is launching a two-week camp at the Pierre Elliott Trudeau Airport in Dorval to teach kids between 8-16 the ins and outs of flying, aeronautics and survival. “We want to build a community of people who want to pursue a career in aviation or are interested in aviation,” said Stratos Director of Operations, Ziad Hissin.

The program’s itinerary includes simulated flying sessions, a trip to the Aviation & Space Museum in Ottawa, and a two-night camping trip in Mont-Tremblant where kids will learn survival skills. Kids will also build and launch their own rockets and model airplanes, as well as ride alongside professionally certified pilots in a Cessna 172 aircraft.

At the camp, children are treated like cadets and are given official caps, shirts, and personalized badges to help them ease into their temporary roles. During downtime, they can head into simulation rooms featuring plane-oriented games and crafts before jetting off to their next destination.

The camp accepts 25 kids per session, so those who want to attend the first session should submit applications by the first week of June.