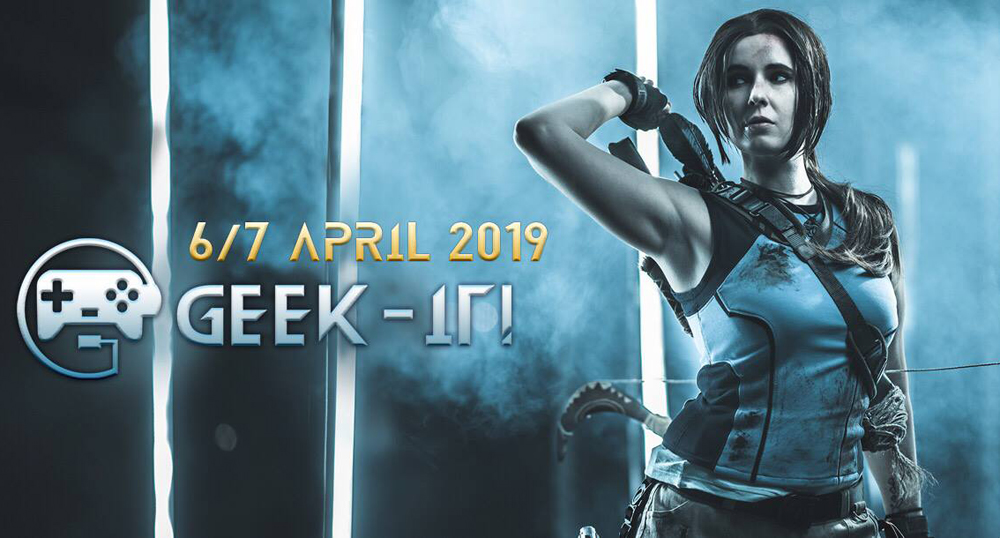 On April 6 and 7, GEEK-IT! will take over 40,000 square feet in the Grand Quay and fill it with live entertainment, video-game demos and tournaments, virtual reality experiences, cosplay contests (dressing up as a character from a film, book, or video game), industry panels, and an escape game built inside the convention.

Organizers say the aim of the all-ages event is to celebrate geek culture and take its delights mainstream. The event is expected to draw as many as 3,000 visitors who can explore more than 70 exhibitor booths and take part in over two dozen activities.

“Most of the other big conventions are very focused on having celebrities or actors,” said Marketing Vice-President Tom Sun. “We wanted to offer more activities and at a fairly affordable price.”

Guests are encouraged to attend in elaborate costumes celebrating their favourite video game, manga or animé characters, and to show them off at the Cosplay Contest for a chance to win up to $1,500 in prize money. Contestants can either perform a short skit on stage in character, or can walk out to show their costume fashion show-style. Participants must have a weekend pass to the convention and register in advance online or in person before 1 p.m. Saturday.

Video games, board games and “eSports” will be a key part of the event, with competitive tournaments for players of Super Smash Bros. and Hearthstone. Contestants must register in advance and pay a $5 fee on top of convention admission, which will be redistributed as prize money for the tournament winners.

There will be more than 450 board games, which will feature different types of tabletop role-playing games (like Dungeons & Dragons), trading card games (such as Magic: The Gathering, Pokémon and Yu-Gi-Oh!), and also a manga library for readers.

Other activities will include a free mystery-themed escape game, combat archery (with foam-tipped arrows) and a nerf-battle arena. Exhibitors will include game and manga retailers, activity centres catering to self-described geeks, animation schools, game developers, and artists. There will also be live music and dance groups.

Adult tickets are $40 for a weekend pass or $25 for one day; children under 12 get in for free with a paying adult. All activities will be held indoors.