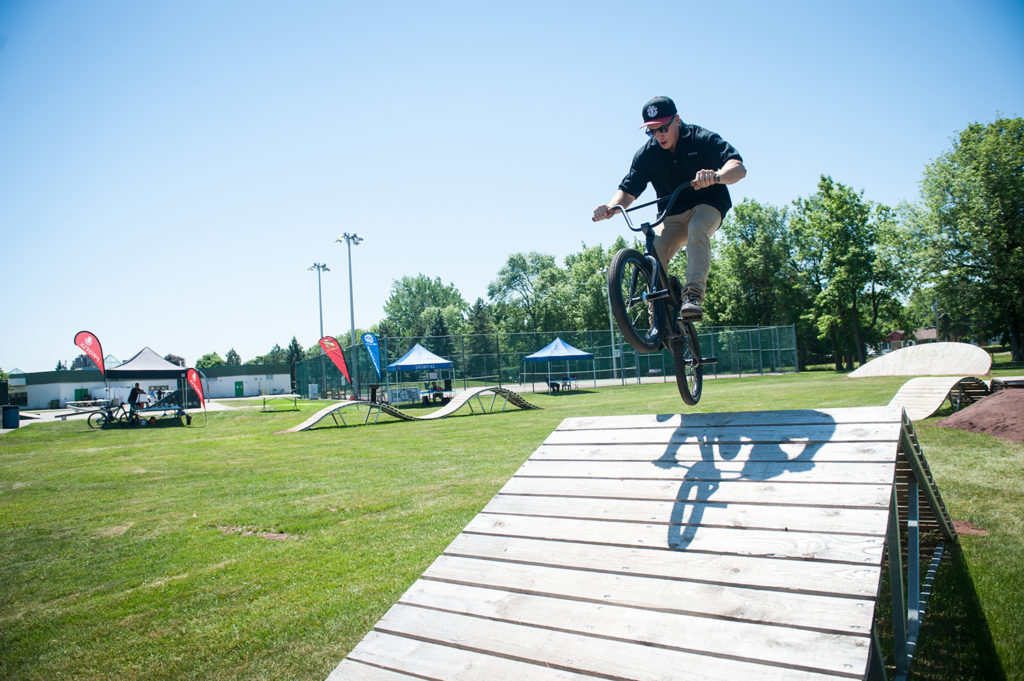 Instead of having to trek out to the mountains and battle the unpredictable Canadian elements for a little adventure, adrenaline junkies need look no further than the city of Dorval.

The Surrey Trail, which officially opened in mid-June, features angled walls, ramps, slopes, drops and other obstacles made of Western Hemlock wood and aluminum for cyclists of every skill level over the age of8. Though the structures were designed mainly for BMX and mountain bikes, the path can be used for regular bikes as well.

“The goal is to recreate an off-terrain mountain biking experience, but in a safer environment,” says Dorval Leisure and Culture Coordinator David Lebrasseur.

For the less experienced riders, Lebrasseur recommends starting off slowly to get a feel for the structures, and then eventually working your way up to completing all six obstacles in a circle in one shot.

Approximately three years ago, the city’s Youth Advisory Committee asked kids and teens what they thought was missing in the community and the responses helped generate the idea for the trail. According to Lebrasseur, the project was a natural extension of the skate park located right next door to the bike path. As a result, the Surrey Trail will be incorporated into the annual Skate Fest being held Sept. 10.

The Surrey Trail will be open daily until 11 p.m. year-round and can be found behind the Aquatic and Community Centre, 1945 Parkfield Ave.,in Dorval.