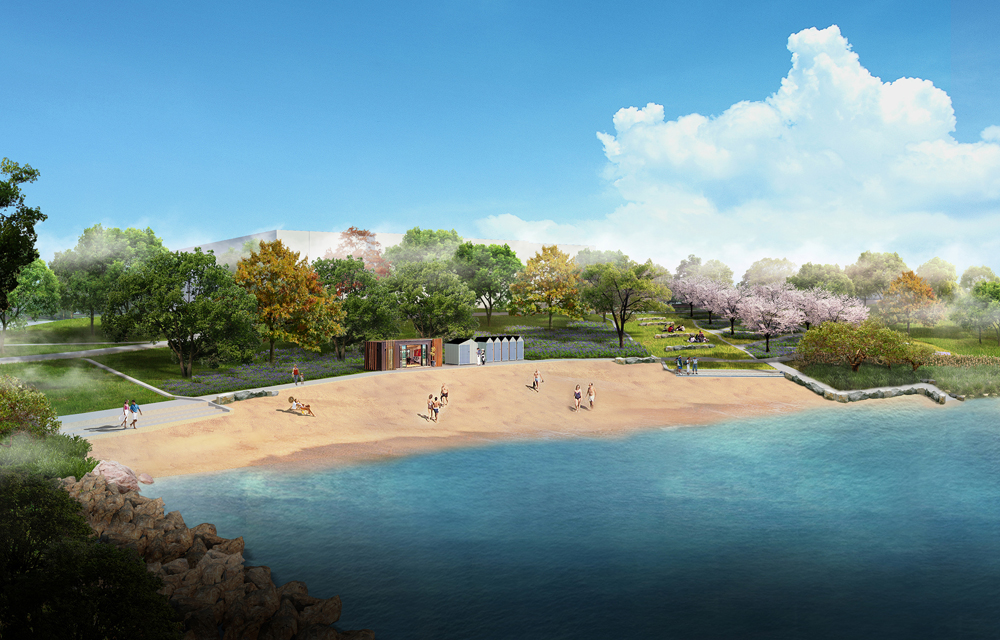 Families will soon have a new spot to enjoy playing in the sand and relaxing by the water when a long-awaited urban beach opens at the end of June in Verdun.

The beach is part of Montreal’s 375 celebrations, and has been in the works for the past two years. Located behind the Verdun auditorium, the beach will connect the city’s many green spaces and recreational areas to the waterfront.

City council member Sterling Downey says the idea is that people can go there to relax and have safe access to the water. Families can build sandcastles, go swimming, have a picnic, and play volleyball. There will be changing rooms accessible, as well as a food truck parked nearby.

The beach is surrounded by parks, basketball and tennis courts, an outdoor pool, the arena, and a skate park, as well as new grassy, landscaped areas.

According to Downey, the idea of having a beach in Verdun has been talked about for the past 20 years. The project was officially started two years ago as a part of Montreal’s 375 celebrations. It was supposed to open last year, but encountered some delays related to the mandatory evaluation of the environmental impact of the beach on local ecosystems, as well as timelines to acquire the necessary permits and get both federal and provincial authorization. The high water levels also contributed to the delays. Originally estimated to cost $4-million, the project will run $5-million at completion.

The beach is located close to Wellington St., near plenty of restaurants and shopping, as well as pharmacies and the hospital. It is also connected to the bike paths in the area. There will be no dogs, smoking, drinking, or partying allowed on the beach.