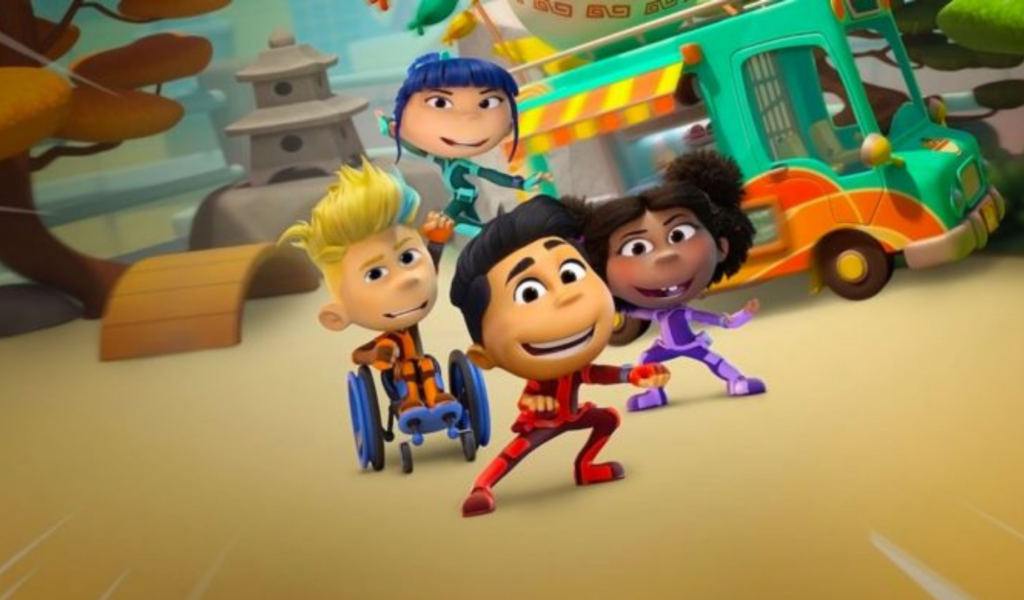 In the episodes, a secret squad of do-gooders from different cultural backgrounds performs anonymous acts of kindness for the residents of Harmony Harbor.

Among the stealthy superheroes-in-training are Niah, Ari, Ellie, and Jax, who recently moved to town with his mother, and just happens to be in a wheelchair. The compassionate youngsters band together and are “taking kindness to the max” as they strive to make their town the happiest in the world.

The wonderkids perform “zenkos”, which is Japanese for good deeds or random acts of kindness. They quietly go about solving everyday problems around town. For example, they drop off packages around town after a delivery truck breaks down, stop a gopher from gobbling up all the veggies in the town’s community garden, and help a loveable and energetic dog find his forever home. The four friends use their individual skill sets to work together and make a unified team, getting help when needed from their grownup mentor Yuki.

While the show is geared to preschool-aged children, it offers timely and positive messages for all and invites conversations about inclusion and authentic disability representation.

As well as featuring a child with a disability as one of the main characters, the cast and production team behind the series includes voice actors who themselves have disabilities. Ari is voiced by Hartley Bernier, a Newmarket resident and ambassador for The Hospital for Sick Children (SickKids) in Toronto. The actor was born with intestinal failure and has spent a significant part of his life in the hospital, has undergone multiple surgeries, and also sometimes uses a wheelchair due to his chronic pain. Kirsten Sharp, who has been in a wheelchair since the age of 14, serves as a consultant on the show to ensure that people with disabilities are accurately represented.

Based on the Dojo Daycare books by Chris Tougas, Team Zenko Go  is produced by DreamWorks Animation and Mainframe Studios and premiered on Netflix on March 15, 2022. All 12 episodes of season one are available for streaming now.