The transition from winter to summer can be a dull stretch for children; the snow is melting, creating piles of wet slush and revealing lots of mud. There is still no grass to run on or parks to play in, which makes it difficult to enjoy the outdoors. However, it is a perfect time to delve into a gripping book and there are several new good mystery novels that will keep kids entertained for hours. 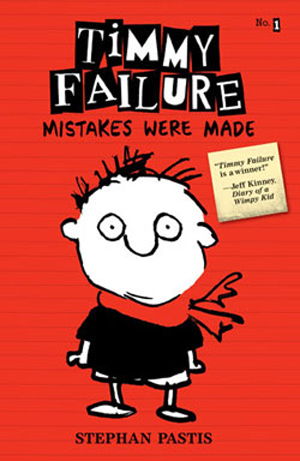 Timmy Failure is the founder and CEO of his own detective agency. His partner is a polar bear named Total, so their agency carries the unfortunate name Total Failure Inc. Timmy is not your typical detective. In addition to having a polar bear as a partner, he drives a Segway and goes to school. He launched his detective career to help his single mother pay the bills, charging $4 per case plus chicken nuggets for the polar bear. As it becomes painfully clear, however, Timmy is not such a great detective. To the delight of readers, the mysteries presented before him are hilariously simple to solve yet he manages to come up with convoluted solutions with a total disregard for the clues gathered. Part mystery and part comedy of errors, this humorous series is reminiscent of Captain Underpants, combining cartoon-like illustrations with short chapters that make the books fun and easy for young readers. Beneath Timmy’s tough and bumbling detective veneer is just a boy who is trying to cope with the trials and tribulations of growing up, which kids will definitely relate to. So far, there are two books in this hysterical series, and kids are sure to devour them in no time. 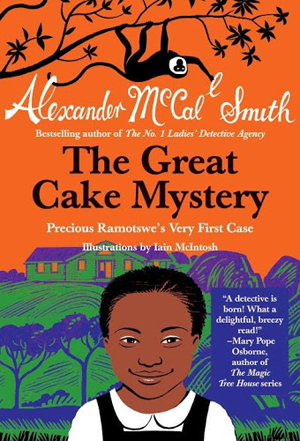 Alexander McCall Smith has delighted millions of readers with his series The No. 1 Ladies’ Detective Agency, which follows the adventures of Precious Ramotswe, a Batswana woman who decides to open her own detective agency when she receives an inheritance. Several strange cases come to her doorstep and she cleverly manages to solve them all. This author has a new series that follows the adventures of precious as a child. Her first mystery revolves around a piece of cake that goes missing and a false accusation as to who took it. Young readers will have a wonderful time learning more about life in Southern Africa, and comparing it to the their own lives in Canada. Precious, with her charming determination, also imparts to children the important piece of wisdom that following your dreams can lead to great places. 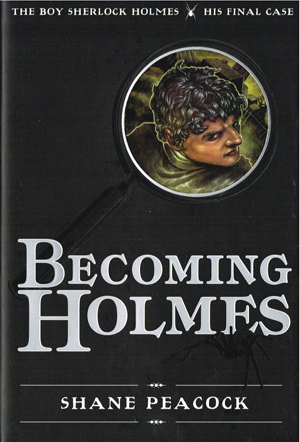 There is no detective as famous as Sir Arthur Conan Doyle’s Sherlock Holmes. Recently there has been a significant resurgence of interest in this brilliant sleuth thanks to the BBC series Sherlock and the American television series Elementary. Canadian author Shane Peacock makes sure that kids can also take part in this comeback with his six-part series that traces the transformation of the teenaged Sherlock into a master of deduction. The first book begins when Sherlock is only 13 years old. Despite his young age, he already displays remarkable observational skills, piecing together the histories of people he has just met. As a way to distract himself from the complications of his family life and his difficulties socializing at school, he decides to try to solve a highly publicized murder. So begins Sherlock’s lifelong passion for puzzling and enigmatic crimes. Author Peacock is true to the spirit of Conan Doyle, weaving in details of Victorian London so that the city plays an integral part of the story, and making each mystery full of unexpected turns. He brings a sense of authenticity by including real historical figures such as Charles Dickens and British Prime Minister Benjamin Disraeli. There are also hints of things to come for Sherlock, including his future arch-nemesis Moriarty and his eventual partner Dr. Watson. By the last book, with the help from his mentor and apothecary named Sigerson Bell, Sherlock is well on his way to becoming the illustrious detective of 221B Baker St.