Maya sidled up to me the other day to watch a funny video I had found on Facebook. When the giggling subsided, my 8-year-old daughter became unusually quiet. This is usually a sign she’s got something brewing, so I mentally steeled myself for the ensuing debate. After a few seconds, she looked at me with a determined expression and asked:

It was not the first time she had asked me this question. And we both knew that I had a well-developed list of reasons for saying no. But this time my precocious third-grader had her arguments at the ready.  Eyes narrowed and brow furrowed, she launched into her opening arguments. She only wanted to play games on it. A number of her friends are on Facebook (actually, we only personally know two her age). Her two sisters were allowed to have Facebook accounts when they were 11, and were they really that much more mature than she is now?

In some ways she was right. I don’t believe there is a huge leap of critical thinking or good judgment between 8 and 11, at least not when it comes to the kinds of things she’d be doing online. But the very thought of an 8-year-old on Facebook continued to strike me as absurd.

The hardest concept for me to explain to her is the risk I see in her engaging with people through Facebook long before she has experience dealing with them in real life. I want her to talk to people face-to-face, maybe write an actual letter (or even send an old-fashioned email) to her cousins. I’d like her to play outside, ring her friend’s doorbell or call her on a phone, bake cookies with me and make impossibly messy art projects on the kitchen table. I’m not ready for her to give up the remaining vestiges of childhood to disappear behind a screen.

And I know from watching my older daughters how it all unfolds. They start off by wanting to grow virtual potatoes on the Facebook game Farmville, but before long they figure out how to tag pictures and post their every move online. Also, I work as an educational consultant on kids and risky behaviours so I’m all too familiar with hair-raising stories of cyberbullying and the average tween’s complete lack of respect for their own privacy. Unmonitored Internet use can lead to young kids being exposed to hyper-sexual and other forms of inappropriate content. And upsetting images once seen cannot be taken back.

And yet I do realize that there are very few solid boundaries when it comes to who uses social media. Facebook users are supposed to be at least 13 years old; I let my daughters lie about their ages when they were 11 years old in order to open an account. I took this step deliberately, knowing that they were still young enough to tolerate my active guidance and supervision online.  We spend a fair bit of time looking at their accounts together, and I’ve learned more about the brave new digital world of adolescence than I could get from any book or newspaper report.

And there is a small consolation for my slightly-guilty conscience: a recent study of 10- to 13-year-olds in nine countries (including Canada) showed that the majority of them had an account on a social media site like Facebook or Twitter by the time they were 11. In fact, the authors refer to this age as “digital maturity.”

The thought of the average 11-year-old as a “mature digital citizen” doesn’t compute for me, which is why I only allowed it with direct, consistent supervision and a clear set of rules (see sidebar).  I’d argue that many 13-year-olds don’t have the sense of responsibility, impulse control, judgment and social skills we’d like before they start posting anything and everything to Facebook.

So I continue to make decisions based on my instincts and knowledge of what my children can and cannot handle. I have tried to convince Maya to try out some kid-friendly Facebook alternatives (see sidebar). However, my 8-year-old informs me she is already “so over” Webkinz. Like many younger siblings of tweens and teens, she has seen the future and it does not involve stuffed animals. She wants to post mysterious text-speak messages on her friends’ Facebook walls like her sisters in high school. She wants to LOL without, you know, laughing out loud.

We do know of one family who allowed their child on Facebook because her parents subscribed to an online monitoring service. Again, every family must make its own decisions, but I don’t see this as a viable solution for us. I worry that these services give a false sense of security. I’ve opted for a very hands-on approach with my two older daughters. I regularly review their Facebook wall postings with them and I’ve linked their accounts to my emails and I have all their passwords. Friend requests outside of students in their grade must pass by me for approval. It’s a more time-consuming process, but there are golden opportunities for me to learn what my children are doing on Facebook and why.

So for now, Maya must live with her keen disappointment over her lack of a Facebook account. She can add that to the list of things she’ll no doubt complain about to her therapist one day. When she reaches this so-called “digital maturity” in a few years, she can attempt to convince me once again.
I’ll be ready.

Parents who want to keep their young children off Facebook have a number of alternatives. First of all, there are many child-oriented social game sites like Webkinz.com, ClubPenguin.com or MoshiMonsters.com that allow kids to open an account, create an avatar (or computerized image to represent them) and interact safely with others.

There are other alternative social media options for kids that mimic Facebook in a more child-centered way. For example, a local website called bunkimunki.com is a “virtual world designed to empower tweens,” where parents can pay a monthly fee (between $4 and $5, depending on the term of membership) to get their child a safe, supervised monkey alias. It facilitates a comparable experience of social interacton, friending and chatting, but moderated by adults.

Zuzee.com is a “safe, creative online space for tween girls,” where parents must register their own email addresses so notifications of all activities online go through them. This site is a digital version of scrapbooking, allowing tweens (especially girls) the opportunity to post pictures with frames, comments, captions and many different designs.

Other sites, such as Reading-Rewards.com and Goodreads.com allow kids to socialize with others about reading. They can share books, make recommendations, log time spent reading (in the case of Reading-Rewards.com) and bonding over literacy-related quizzes and trivia. 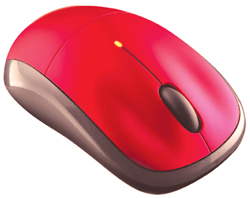 Before agreeing to have your child open a Facebook account, talk about and set down clear rules.  If children demonstrate consistent responsibility, you can begin to relax restrictions and grant them more privacy and autonomy. Here are some suggestions:

Parents can now avail themselves of monitoring services like Social Shield (socialshield.com) or Kidobi (kidobi.com). These companies will, for a monthly fee ranging between $4 and $10, monitor the social media accounts of all the kids in the family, delivering detailed reports on their activity.

There are a few catches: your child has to agree to the monitoring and install the app on their accounts when prompted. Reviewers complain that the language filters flagged phrases like “the crack of dawn” and “Moby Dick” but let other potentially disturbing slang terms escape notice. There was also a delay of up to two days between the activity and the parent receiving the report, which is the Internet equivalent of an entire millennium.

Since no online service is going to offer the nuanced supervision of a live human, it’s important that even when parents subscribe to these monitoring sites, they should still be vigilant about knowing what their kids are doing online. Alissa Sklar, Ph.D., runs Risk-within-reason.com, an educational consultancy on kids, risky behaviours and technology. Her blog is featured on www.montrealfamilies.ca.