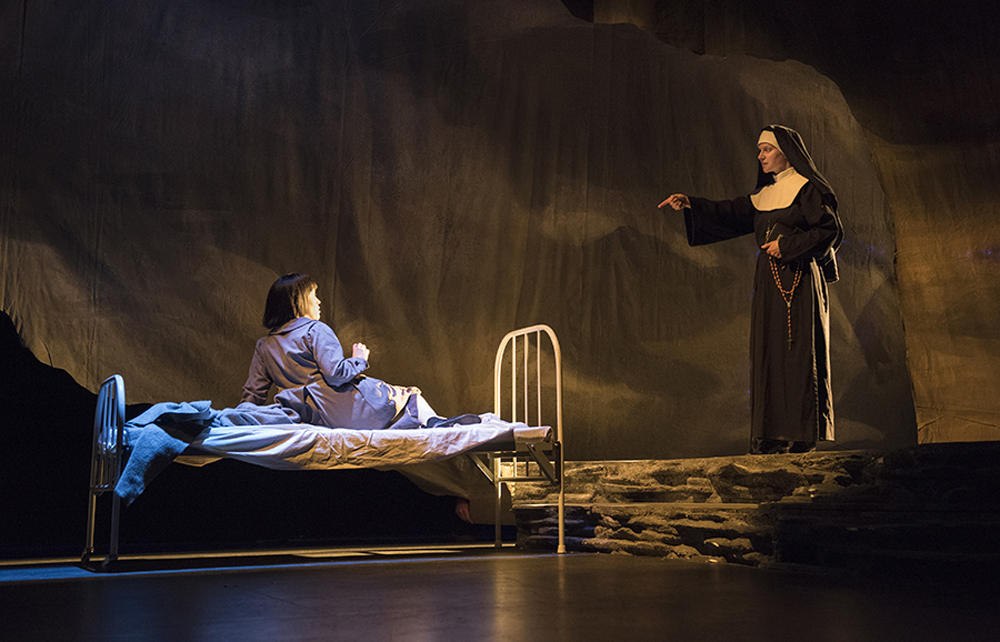 Emphasizing themes of resilience and redemption, Children of God shares the tale of an Oji-Cree family torn apart when the children were taken away to a residential school in Northern Ontario. The mother, Rita, was never let past the school’s gate, and her kids, Tom and Julia, never knew she came.

Co-produced by the Segal Centre for Performing Arts and Urban Ink, the musical premiered in Montreal on Jan. 20, and will continue to Feb. 10. The play is written and directed by Oji-Cree artist Corey Payette, and the cast predominantly features indigenous performers, including Michelle St. John, Dillan Chiblow, and Cheyenne Scott.

The musical is recommended for teens aged 14 and up because of its mature themes and some strong language; however, a Segal Centre representative said several high schools are interested in bringing groups of students to the play so they can gain more understanding of this shameful but important chapter in Canadian history.

After each performance, the Segal Centre is also offering a discussion facilitated by a dedicated indigenous outreach and emotional support team.

The play had its world premiere in Vancouver last spring, and went on to tour in several Canadian cities, including Ottawa and Edmonton. After the Montreal run, the show will tour in British Columbia.

The Globe and Mail called Children of God “must-see theatre for Canadians,” and a review in the Ottawa Citizen from last June’s performance at the National Arts Centre said the show resonates on a deep emotional level: “Hearing the heartbeat of the drum and the rhythm of indigenous language embedded in the song and dance of a big musical makes for a profound experience — plus it has the feel-good ending of the year.”

Children of God is at the Segal Centre, 5170 Cote Ste. Catherine Rd.  Tickets are $47-62, with discounts available for groups, seniors, students and adults under 30.

For more information or to reserve tickets, call 514-739-7944 or visit segalcentre.org.