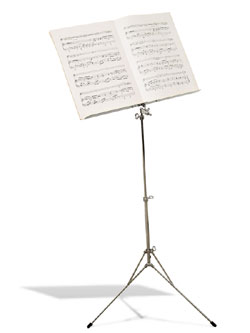 Seven years ago, Montreal mom Natalie Peters was mulling over a decision to enrol her kids in music lessons. She knew that learning to play an instrument can be challenging and she wasn’t sure if her kids would be willing to put in the time to practice.

But then she heard about a method of teaching that involved a parent in the learning process. Some local moms had told her that there was a West Island teacher named Marian Phenix who uses the Suzuki method, which is based on the work of a Japanese violinist named Shinichi Suzuki. He believed that all children could learn to play music in much the same way they learned to speak a language: by being surrounded by it and by practicing each day. Suzuki developed his method after World War II and it is now used around the world to teach various instruments, notably violin.

So Peters enrolled her daughter in piano lessons and soon discovered that the Suzuki instruction involves the whole family. Peters was expected to stay during the lessons and help with a daily practice session. She and her children were encouraged to listen to recordings of piano pieces as often as possible. At the beginning, it was the same piece over and over and Natalie was delighted to see how naturally her children’s musical abilities developed by this simple repetition and immersion.

Phenix says this emphasis on learning by listening and observing (rather than by reading notes) allows even very young children to learn an instrument. In fact, Phenix asks new students to buy a CD and listen to it before taking a lesson. At the first lesson, the new pupil watches the teacher and another student play the piano.

“The idea is for the children to listen to what’s around them,” says Phenix, who has been using this method for 17 years in her West-Island home studio and at McGill University’s Schulich School of Community Music.

In addition to listening to pieces and taking individual lessons, Suzuki students also participate in group lessons, where they play various musical games and watch each other play an instrument. As Phenix points out, these group lessons have the added benefit of helping kids feel comfortable playing music in front of others, so when it comes time for a concert or recital, the students rarely suffer from stage fright.

But the key component that sets Suzuki apart is the emphasis on parental involvement. It must be the same parent who accompanies the child to the lesson and who practices with them at home. The need for parental involvement means this method of teaching is not for everyone, especially for parents who would prefer just to drop their kids off at a lesson.

Peters says the time she has invested in taking part in the lessons has been well worth it. “You watch your kids learn,” she says. “It really doesn’t matter if you can play an instrument or not. I liked the fact that I could be there throughout the lesson, to know what’s going on, and to help out with the practice.”

Of course not all days go well and, like any busy parent, Peters says it can be hard to find time to sit with her kids five days a week, listen to the CDs and attend lessons.

“It can be trying at times,” she admits. “But it gives you great one-on-one time.”

Not all teachers embrace the Suzuki method, noting that the emphasis on learning by ear and observation means students don’t work enough on learning to read music — an essential skill for more advanced players. Phenix agrees that the method often works best with young kids.

“The advantage over the traditional method is evident at the beginning stages,” she says. “With the parent at home, the CD playing and small assignments, we promote success.”

For more information about the Suzuki method, and a list of some local teachers, go to the Suzuki Musique Montreal website, www.suzukimusiquemontreal.com.

October is jack-o-lantern season, so why not get the family out of…

To me, autumn means my favourite worn-in boots, cozy sweater weather, and…

Last April, as our family took a stroll through the forest, a…

5 great hikes for families (and dogs)

Discovering the great outdoors can be twice as fun with dogs. Our…

While most students headed back to the classroom this fall, a certain… 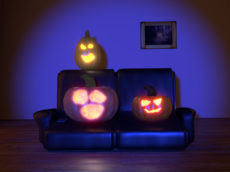 Get scared silly with these Halloween movies

Halloween is once again upon us and that means decorating the house,…

We scoured the Internet to find the niftiest, coolest and most innovative…