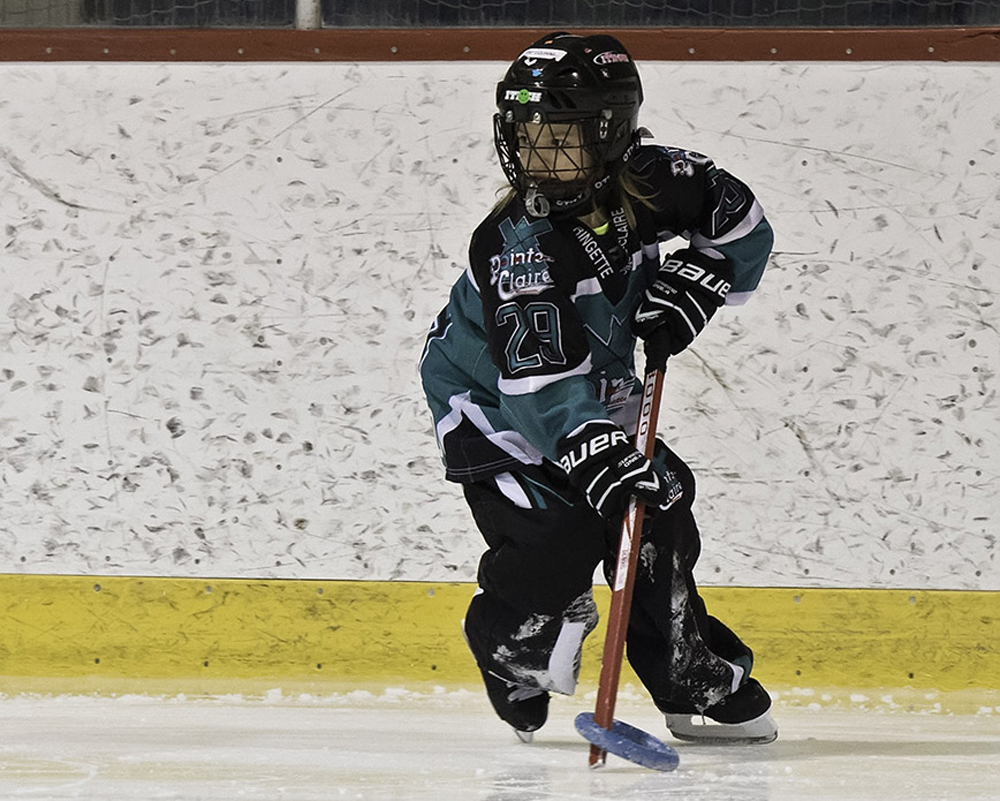 Many girls who have an interest in hockey but don’t want to play on a team with boys are signing up to play ringuette – a game that is becoming increasingly popular around Montreal.

Created in 1963 in Northern Ontario, ringuette is played on an ice rink that is typically designed for hockey. Players, with the exception of goal tenders, use straight sticks to control a blue rubber ring and attempt to outscore the opposing team by shooting the ring in their net. But that is where the similarities to hockey end.

The rules of the sport make it a very dynamic, fast-moving game that encourages participation of all team members. For example, players cannot carry the ring across the blue lines to leave or enter a zone – they must pass. Only three players from each team, plus the defending goalie, are allowed in the end zones at the same time.

“The sport is every bit as exciting as hockey, [but] I feel ringuette is actually better at encouraging team play because you can’t rely on one person to carry the ring all the way,” says Andrew Hannan, the director of publicity for the Pointe-Claire Ringuette Association. “You have to work as a team to win.”

In 2000, a 30-second shot clock was introduced to make the game even faster. The shot clock starts when a team gains possession of the ring, and if they have not taken a shot on the net within 30 seconds, a buzzer sounds and the ring is then awarded to the opposing team. In Quebec, this rule is implemented at the Atom level, when kids are 10-11.

One of the significant features of the sport is that it does not involve any intentional body contact, unlike hockey. Although girls and women predominantly play ringuette, it is officially considered a mixed sport.

Hannan says he believes that it is beneficial to girls for several reasons.  “It is for young girls who want to be active and play a team sport on ice that is strategic and fast paced,” he says. “Because girls get to be on a team with other girls, they can be themselves and make friends. They aren’t treated differently because they are the only girl on a male hockey team.”

Girls also benefit from having positive women role models teach them the sport and other important lessons. “A lot of the trainers, coaches, or managers are women, so the young girls look up to them as leaders,” Hannan says.

Hannan’s two daughters, who have been playing for the past five years, love the sport and being part of its community. “I like being together with the girls and having fun,” says Marianne, 9, Novice B.

Her older sister, Marguerite, 11, enjoys the time they spend as a team and bonding with others. “I really love the tournaments because we’re all together with our families in a hotel, where we have team talks and a great time being together,” she says.

Hannan says there are more than 5,000 ringuette players from 42 associations in Quebec.  “Every year there are a couple of hundred more girls who join the sport in Montreal,” he says. “The community is very passionate and, like any team sport, as soon as your kid is involved, you rally around your team as you travel to different arenas or go to tournaments outside of the city. You really get close to each other and that’s when you become more passionate about the sport and supporting your team.”

So what is the best age to start playing this winter sport? Hannan says the ringuette learn-to-skate program starts at 4 but a 10- to 12-year-old could join a team if they can skate a bit. “There are levels for every age and ability,” he said. “With games and practices each week, it’s remarkable how quickly kids learn the necessary skills.”

For more information about ringuette in Quebec, visit www.ringuette-quebec.qc.ca. 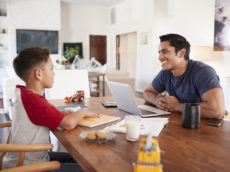 As families hunker down at home, many parents are finding they've been… 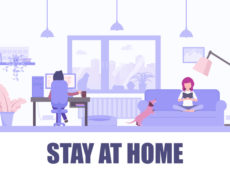 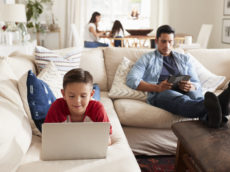 Structure and a sense of humour. Both are crucial during these times.…