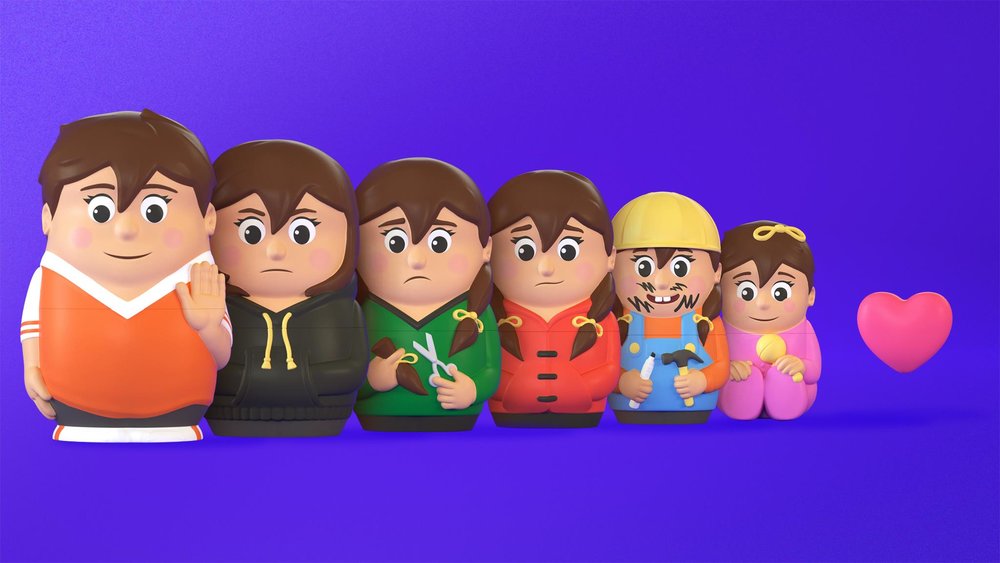 Kids will soon be able to learn about what it means to be transgender with a new educational doll named Sam, who is a trans boy.

Gender Creative Kids Canada, a non-profit organization that provides support to transgender youth and families in Montreal, is developing Sam in an effort to stop transphobia and give representation to trans youth in mainstream toys.

According to the organization’s website, Sam “helps children empathize with the emotional challenges of being born a transgender or gender-diverse person.”

Sam is a Russian nesting doll, and each layer represents a different stage of gender-questioning and exploring. Sam starts out as a baby, unaware of what gender is, and goes through six phases of exploring, questioning, inner conflict and isolation before accepting his true identity. The final layer produces a heart charm that kids can wear in support of trans youth.

Since not all transitions are the same, Sam comes with a disclaimer that he does not represent the full spectrum of what it means to be transgender. There is also  an e-book to help parents and teachers explain the various paths one may take when experiencing gender identity issues.

According to Gender Creative Kids Canada, studies show that two to six per cent of boys and five to 13 per cent of girls experience gender identity issues in their youth.

A video (at right) detailing Sam’s story was released on Facebook and went viral, gaining over one million views in two weeks. The video shows Sam’s life from birth to adulthood, and through many experiences, he realizes his true identity. In the video, Sam’s “other” self is represented by a twin brother who Sam imagines into existence.

To ensure accurate representation, developers consulted trans youth and families on Sam’s story and design. Due to the toy’s small pieces, Sam is not recommended for children under the age of 3-years-old.

Gender Creative Kids Canada has created a Kickstarter campaign to fund Sam’s production, with a projected release date of June 2018. The project will only go forward if it reaches its goal of raising $137,500 by Saturday, August 12. Backers of the fundraising campaign will get first dibs on their own Sam doll with a donation of $75 or more.