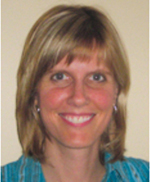 Montreal author and elementary school teacher Jennifer Lloyd has been garnering a great deal of success of late for her writing, including a very positive review of her two latest books in the New York Times last summer. 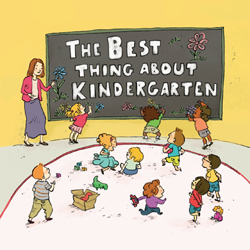 The story is about a teacher who, on the last day of school, will reveal what she feels is THE best thing about kindergarten but not before the students take turns guessing. Through this process, the kids wind up reliving many of their best moments of the year. 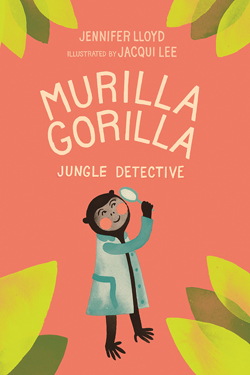 Murilla is a very curious gorilla who decides to become a detective when a batch of Mrs. Chimpanzee’s banana muffins go missing.

Sarah Harrison Smith of the New York Times said Murilla Gorilla is “a cheerful and meandering mystery” and, above all, “a pleasure to read and look at. Like the cheeky rascal who stole the muffins, readers will be hungry for more.”

I spoke to Lloyd about her writing and recent positive reviews.

What inspired you to begin writing for children?

I was exposed to a lot of books when I was a child. My mom read to me often and we frequently went to our local library. As a teenager, I worked in the same library restocking shelves. I fell in love with the picture-book section. However, I only got the courage to begin writing after I became a mother and I wanted to try to write for my own children.

Murilla is a very curious gorilla. What inspired you to create this character?

I tried to create a protagonist who is loveable and appeals to kids of all ages. Murilla’s world is messy and chaotic. With the hustle and bustle of life, I think that many children (and adults) feel the same way.

So what is in store next for Murilla?

The second book in the detective series, which was released November 20, is called Murilla Gorilla and the Lost Parasol. The premise is that a rainstorm has passed through Mango Market and Parrot is missing a parasol. It’s up to Murilla to find it, but first she must find her magnifying glass.

How does your work as a teacher influence your books?

I teach kindergarten at Pierre Elliott Trudeau Elementary School in Blainville. I get ideas from my students all the time and I also use my students as sounding boards for my new plot lines.

The book that ties both of my worlds together was released last June. Called The Best Thing about Kindergarten, it’s about how a teacher appreciates the unique talents of each one of her students, a subject dear to my heart. A second printing of this book was released in November.

How did it feel to have your books featured in the New York Times? What impact has it had on your career as an author?

I don’t think that I will ever get over the shock and surprise of that honour! Before the feature, I always considered myself a teacher who writes as a hobby. However, the Times review has given me more confidence in my skills as a writer.

Do you have any future adventures for Murilla? Can you give us a sneak peek?

The third book will be released in May, 2014. In Murilla Gorilla and the Hammock Problem, Okapi has discovered a hole in his hammock. Murilla sets out to discover what happened by following some mysterious footprints.

What do you hope your readers take away from your books?

I hope that in a small way my books spark an early love of literature, just as I acquired as a young girl.