Minecraft has taken over my son’s life

Sometimes I feel like my 10-year-old son Liam has been stolen from me; he insists he loves me and that I’m great but he would much prefer to spend all of his time with someone called Stampylonghead, a young man from England who uploads videos of himself playing a game called Minecraft.

He is utterly obsessed with these videos and he has even mastered Stampy’s accent. He runs around the house flailing his arms and screaming “Hellooooo, my name is Stompeeee and welcome to another video inside of Stompeeee’s lovely world,” in his best British accent.

Minecraft is a video game where players construct their own virtual worlds made up of blocks. Players look out over a big world filled with hills, lakes, trees, animals and geological features. You can build a place to live, cut down trees, or hunt. But watch out for the monsters that explode and undo all of your hard work. There are no instructions; people learn to play using their imagination, experimenting and participating with others in a larger community. There are online guides such as minecraftwiki.net that can be helpful.

This game is so popular, there are even summer camps that focus on learning how to play and construct Minecraft videos. And last September, Microsoft bought the game for $2.5 billion.

I usually wind up having to forcefully remove the iPad from his hands at which point I am referred to as either “the worst mom in the world” or “poop head” – or both.

Recently, I noticed he was spending a lot of time in the bathroom so I peeked my head in the other day and, low and behold, he had the iPad mini, with the sound down but was still watching Stampy in action.

Curious about the crazy impact this person has had on Liam, I decided to find out Stamplylonghead’s true identity. I found an email address and sent a request for an interview. When I told my son I had emailed Stampy he looked at me with a horrified expression: “You didn’t, mom; tell me you didn’t,” he said. “For real life, mom, you didn’t, right?”

I’m not sure why he was so freaked out; you would have thought I had emailed some higher power. 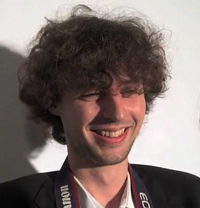 ​Stampy didn’t return my emails but was interviewed by the British Broadcasting Corporation (BBC) back in March. According to the article, his real name is Joseph Garrett, a 23-year-old who is “taken aback by how popular his running commentaries of him playing Minecraft have become.”

And so he should be – Stampy’s videos on his YouTube account can attract more than 30 million hits a week.

According the BBC article, this is the “new world of children’s entertainment, where devoted gamers watch videos of other people playing so they can perfect their skills and become better players.”

If his popularity continues, so will the amount of money he makes from receiving a portion of the advertising dollars spent on his YouTube channel. Garrett’s audience comprises 6- to 14-year-olds and surprisingly more girls than boys watch the videos (60 per cent girls, 40 per cent boys).

On holiday recently in the Dominican Republic, a few family members decided to take a water tube ride on something called the Great Big Mabel. We were pulled along by a motor boat and bumped along the waves for about 10 minutes with water splashing in our faces. The two adults hung on to the handles for dear life praying we weren’t going to be bounced off this “rubber couch” while the two kids screamed at the top of their lungs and laughed their heads off. At one point, Liam looked over to me and shouted: “This is even better than Stampy.”

Now that is high praise. 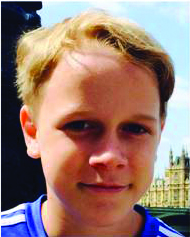 This is most certainly my all-time favorite game; I’ve been playing Minecraft for three years and I still enjoy it because it’s a game of endless possibilities. You build, fight, and break whatever you want. Also, I can play with friends by going into a world where we all work together, which is a lot of fun. I am able to download modifications to the game and add new content to make it even more challenging. Even though I have logged over a thousand hours on the game, I still find the fun in it. 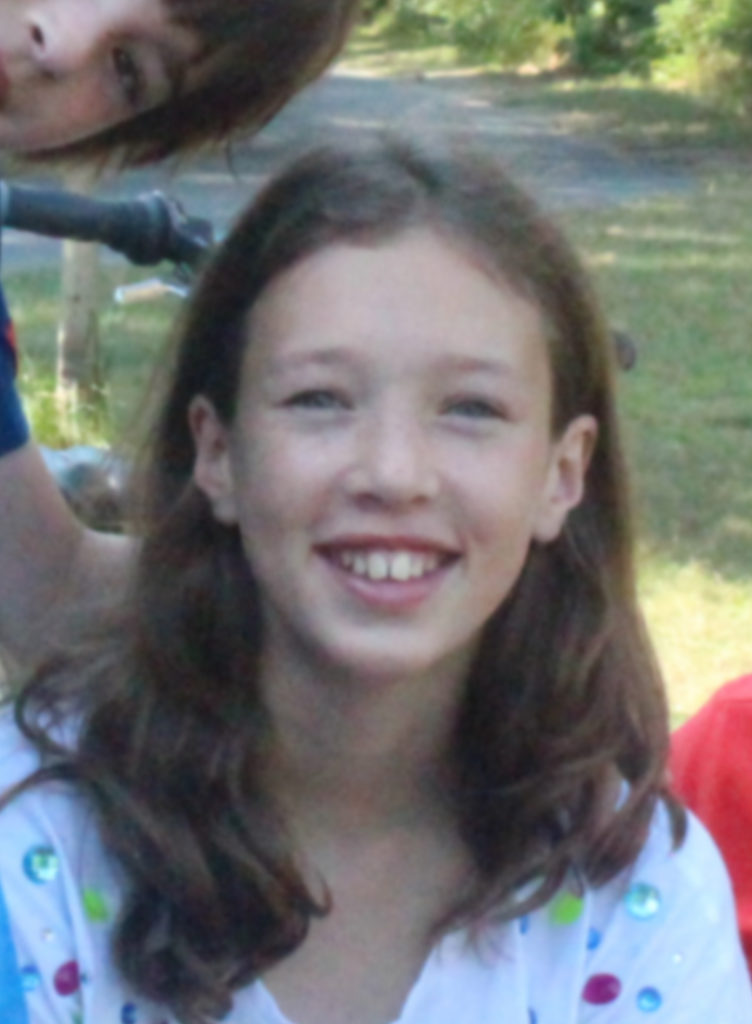 I like playing Minecraft because of all the different options it gives you. For example, there is survival, creative, hardcore and multiplayer modes! With multiplayer you can play on teams with other people, hardcore you have to get all the materials and fight off mobs (monster), creative you can get all the materials with the press of a button, and survival is where I practice fighting and building houses and bases! I don’t watch YouTubers like Stampylonghead but when I see my cousins watching, they seem to be having a lot of fun! 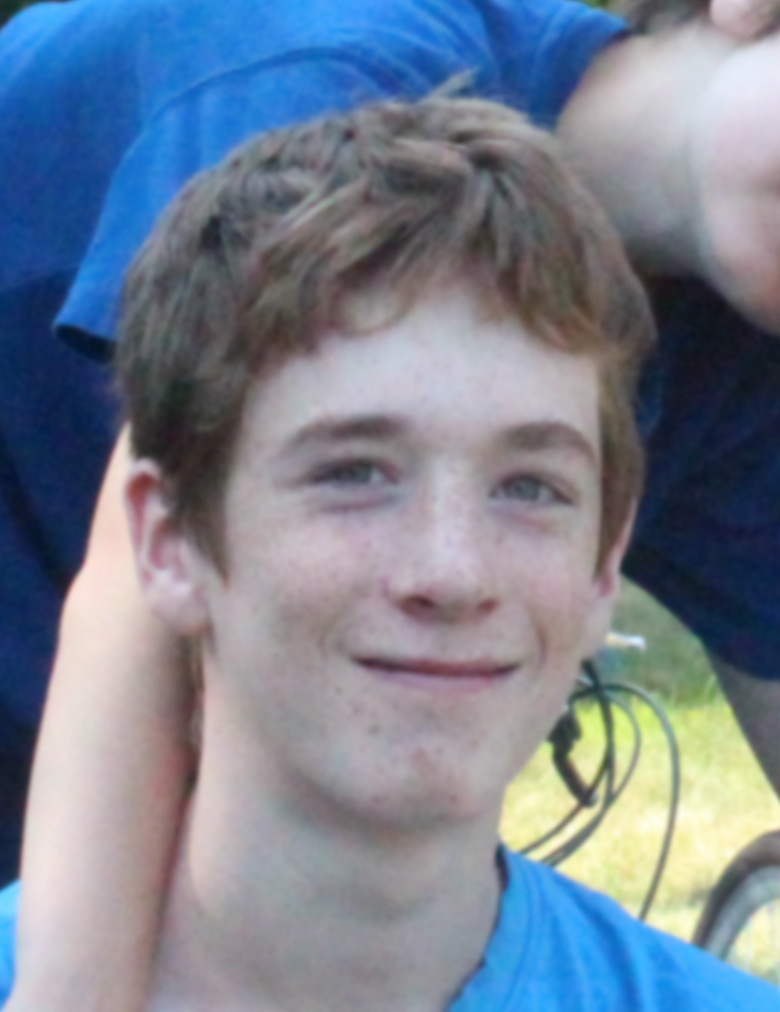 When I first started playing Minecraft a few years ago, the first thing that I really liked about the game was figuring out how to make everything, what everything did, building my first house, making a farm, experimenting with potions, and beating the game. The best part was, after that, I could do it all again! I could build anything I wanted, explore the world, again and again and again. There was (and still is) so much to do in the game. Another one of the best parts of the game is the multiplayer feature, where I can call up my friends, on Skype or on the phone, and we can connect to one of the millions of multiplayer servers and play games together. Because there are some many games, it’s hard to get bored with it.

Technology expert weighs in on Minecraft

Minecraft is considered a “sandbox game,” which means it’s open-ended and non-linear, and the player has the tools to modify the world and create how they play. For that reason (especially when they play in “creative” mode), it’s often seen as a more positive and productive space than other computer games. Players have to use problem solving, spatial reasoning, strategy, decision-making and creative-thinking skills to figure out what they want to build, with what materials and for what purpose. Some schools use the game to teach science, city planning and even language skills.

Although in combat, survival and adventure modes, Minecraft can begin to resemble some more violent games, players can choose the easiest level of difficulty (peaceful) to remove hostile creatures.

People often ask me whether kids can get “addicted” to computer games. Problems regulating game play (or Internet use) are typically considered an impulse control problem, and not an addiction. For a concerned parent, however, that doesn’t change much.

My rule of thumb is this: if game play is starting to interfere with the regular pursuit of normal daily activities, it’s a problem that needs parental intervention. For example, if playing Minecraft means your child is neglecting homework, household chores, interaction with friends in real life, and physical activity, than you need to help them control it.

Identify acceptable time limits (say, 30 minutes or one hour), and talk about what needs to get done before they start playing, such as homework or sports, helping tidy up after dinner or walking the dog. As with any activity for kids, moderation is key. Consider limiting the amount of time friends spend together playing the game on playdates, so they aren’t just crowded around a screen.

What drives me crazy is my youngest daughter’s interest in watching the many, many videos of other people playing Minecraft (like Stampylonghead). I can’t wrap my head around this activity — it seems utterly pointless to watch strangers playing a computer game. But they are tremendously popular with kids and some have huge followings on YouTube. I’d much prefer she actually be playing the game than passively watching someone else play.