A parent and child are huddled over a math worksheet. Tension is mounting as the youngster moans, “I just don’t understand” and the adult mutters, “I never learned it this way.” Finally, after one more erased answer and a few tears, the pair gives up. Shutting the book in relief, the parent says with a sigh, “I was never any good at math and I guess you didn’t get the math gene either.”

Unfortunately, this scenario happens too often in Canadian homes. Worse yet, when the child arrives in the classroom, he or she may not get the support and tools needed to crack the math code. Eventually, this child will concentrate on other subjects, embracing the message that he or she is “no good” at math. 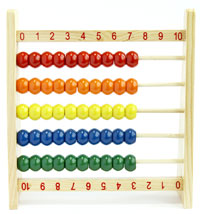 The myth of math ability

But one Canadian is fighting this idea that only a select group of people has an inborn talent to do math. John Mighton is the founder of an Ontario-based program called JUMP — Junior Undiscovered Math Prodigies. Originally started in 1998 as after-school tutoring classes, JUMP has helped young people of varying abilities (including those diagnosed with severe learning and behavioural problems) achieve success in math. JUMP is now being used in schools and homes (there is a workbook specifically for parents) across Canada as well as in England, South Africa, Australia and Jamaica.

The JUMP program is based on the idea that all kids are capable of learning. “Kids love to learn and they love to practice,” Mighton says. “Just watch them playing a video game where you have to repeat various tasks to get to a new level.” But children can quickly turn off a subject because they lack confidence in their abilities or because teachers fail to engage them in learning.

So the JUMP program presents math as a series of simple operations that build on each other (Mighton calls this “raising the bar”) so eventually children are doing high-level mathematics. For example, in a unit on fractions, a teacher will show a picture of a circle divided into parts, with some areas shaded. The picture is used to explain the idea of a numerator (top number) and denominator (bottom number) of a fraction. Only after all the students feel confident with these ideas, does the teacher move on to more advanced topics like adding fractions.

The JUMP program emphasizes the goal of having the entire class succeed at a particular lesson, which contrasts with what can happen in a typical classroom where kids quickly figure out if they are doing great, just ok or not well at all (based on tests and feedback from the teacher).

Mighton adds that the JUMP program helps kids acquire basic math skills as well as math concepts. “We want kids to discover the big picture, but they also have to work on the small scale as well,” he says. “Children need to be taught basic skills and strategies. They need first to develop an understanding of numbers and patterns. Once children grasp these ideas, they can more easily determine and understand mathematical concepts.”

JUMP also encourages two key components of learning: confidence and attention. Without these, learning doesn’t happen. “We always start the program with a confidence-building exercise so that the children see that they can succeed, “ he says. Then, that success encourages attention, which in turn contributes to more success.

In his books, The Myth of Ability and the recently published The End of Ignorance, Mighton documents how the program has helped students achieve remarkable gains in math. He also writes openly about his own struggles to develop his talents, both as a mathematician and a writer.

Mighton didn’t do particularly well at either math or creative writing in high school. However, his fascination with numbers and his desire to write led him to pursue these two passions — despite the fact that many people believe that the two subjects are somehow incompatible.

Along the way, Mighton concluded that the idea of innate ability is over-rated and that people are more capable than society gives them credit for. “I believe deeply that there are standards in education that every child can meet and they are much higher than we think,” he says. “We need to look more closely at why it’s not happening.” 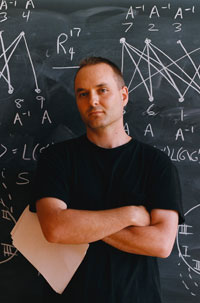 He says it’s time to rigorously test new education programs so there is real evidence about what does and doesn’t work when it comes to children learning. He also calls for society, as a whole, to re-think the notion of “natural ability” so we stop creating a class of underachieving students. “All kids can learn, and at a very early age,” he says. “That should be the expectation.”

The man behind JUMP

John Mighton holds a PhD in mathematics, is a professor at the University of Toronto and is an award-winning playwright. Two of his plays will open in Montreal this January: Half Life at the Centaur Theatre on Jan. 29 and a French translation of his work Possible Worlds at the Theatre Quat’Sous on Jan. 2.

For information on the JUMP program, including free worksheets that can be downloaded, visit www.jumpmath.org.