Getting a Grammy nomination is an impressive accomplishment in and of itself but doing so  as an independent artist without the backing of a major record label, is an incredible feat. So kudos to Montreal-based musician Jennifer Gasoi who was not only nominated but won the Grammy for this year’s best children’s album, Throw A Penny In The Wishing Well.

This record is a follow up to her 2005 debut Songs For You. Gasoi’s music is kid-friendly and incorporates elements of different genres like jazz, calypso, swing, gospel and bluegrass, so adults can enjoy it too. Her cute imaginative songs – with names like “How Does Pink Lemonade Get Pink?” and “I’m a Bubble” – offer sweet lessons about life. On “Happy!” Gasoi sings: “When I live the life I wanna live/When I take a little less than I give/I feel happy.”

Gasoi also received the Sirius XM Indie Award for children’s artist of the year for 2013 and is a two-time Juno Award nominee. The winner for Gasoi’s category was announced at a daytime ceremony before the show. 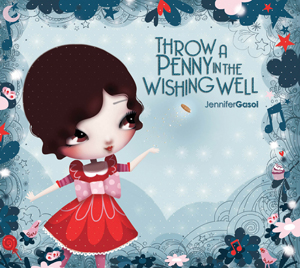