Montreal has a thriving literary scene and this extends to children’s literature. The city has a tradition of fostering local talent: Tundra Books, one of the first Canadian publishing houses dedicated solely to children’s literature, was founded in Montreal. And several of Canada’s most-loved children’s authors like Roch Carrier, Marie-Louise Gay and Melanie Watt are from Montreal. Here are some exciting local children’s authors who have recently written some great books.

Hudson-based writer Sara O’Leary celebrates families in all their shapes and sizes in her new picture book. When a teacher asks her students what makes their family special, one student thinks that his family is uniquely different. That is until the other students begin to give a wide range of answers. Each page shows a different type of family from the perspective of the child. There are charming and loving descriptions of their familial situations, whether it be having two fathers, being a foster child or having divorced parents. As one little girl states: “Because I live with my grandmother, people sometimes think she’s my mother, she’s not. She’s my everything.” The answers reflect the innocent eyes of children and their non-judgmental perspective on the world. It shows how this tolerant and accepting view of the world should be encouraged as long as possible. The illustrations are adorable as they show the diverse and multicultural realities of today’s classrooms. 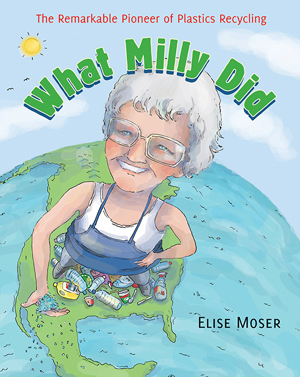 Recycling is now a part of our daily lives, as much as taking out the trash or doing the laundry, but this wasn’t always the case. As this biography demonstrates, important changes in society do not come easily. It tells the story of Milly Zantow who was one of the main pioneers of the practice of recycling plastics. She spent years researching ways to recycle different types of plastic and eventually launched a recycling company in the late 1970s. But as she and her business partner discovered, having the means wasn’t enough, education was necessary to explain to people the importance of recycling, and the harmful environmental impacts of waste. Zantow’s passion and determination shine throughout the book and her story shows how one person can make a huge difference in the world. Zantow’s lack of fame does not diminish her accomplishments, rather it shows children that there are many unsung heroes in the world who need to be discovered and appreciated. In addition to telling the remarkable story of Zantow’s  journey, the book features sidebars that provide readers with fascinating details about waste management, plastics and recycling. The book holds an important message for its young readers: following your passion can lead to great things. 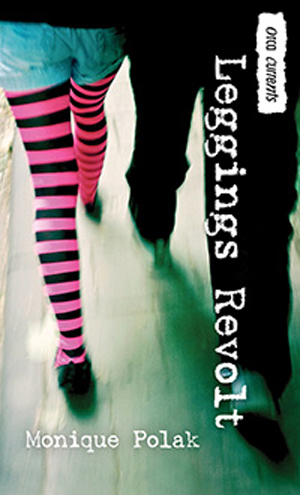 Local journalist and CEGEP professor Monique Polak has become one of Canada’s most prolific writers of young adult novels. She does not shy away from writing about the issues that impact today’s teenagers, such as cutting, depression and abusive relationships. In this novel, she explores the theme of gender equality through high school dress codes. Eric is attending a mixed school for the first time and decides to join the Student Life Committee as a way to integrate and get to know some of the girls. Part of his role is enforcing the school’s dress code, which only applies to girls. He finds himself in a moral dilemma having to enforce an unfair rule. He must make the difficult decision to either follow the rules or stand up for what he believes in. Polak was inspired to write about dress codes based on conversations she had with students at a local high school. She shows how these seemingly small issues can take up a space in the life of teenagers, who are in the beginning stages of developing their opinions, views and ethics. A decision to stand up to an unfair dress code in a teenager’s life can mark the beginning of finding his/her sense of self and starting on the path of the moral ground that will guide them later in life.