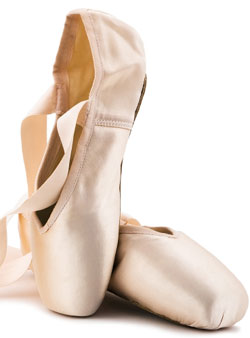 After my daughter’s birth, well-meaning souls would occasionally ask me when I was going to enrol her in ballet class. The question was a natural one: I trained as a dancer and I’m a dance critic. And for many people, ballet and little girls go together like sugar and spice. However, because I trained seriously as a dancer for most of my childhood, I don’t see ballet through rose-coloured glasses.

While various companies sell glamorous versions of the art, the ballerina’s reality is less about tutus and tiaras and more about blistered feet, pulled muscles and bruised egos.

In fact, the most important question for me was not whether my daughter Vivienne would dance but when would I finally be able to take her to a performance. I wanted to share with her the pleasure, amazement and sheer awe I felt in watching people dance. When she was 3, Montreal’s Ballet Ouest Company presented The Sleeping Beauty. It seemed like the perfect choice for my princess-loving daughter, as this classic production not only has a prince and princess but tons of fairies and a healthy dose of good versus evil.

In the days before the show, Vivienne and I rehearsed what would be expected of her in the theatre. Implicitly, I was promising her that good behaviour would permit passage to a world where the fairy-ballerinas in her ballet books would come to life. When the day arrived for the matinée performance, we made our way into the auditorium and took our places near an aisle, in case of the need for a quick escape: it was naptime for her, after all.

I shouldn’t have been so worried. After the curtain rose to reveal a castle, Vivienne was transfixed. Every number prompted wild applause. “It’s like a movie, except it’s on a stage,” she said after the first act, proud of her new knowledge of the theatre.

It had been ages since I last saw The Sleeping Beauty, and it was the first time since becoming a mother. The curse laid on the baby Princess Aurora and the horror of her parents took on a whole new meaning. Later, my eyes filled with tears as I witnessed the “Rose Adagio” of the now radiant 16-year-old beauty as she gave all the flowers from her suitors to her beloved folks. For don’t all parents hope their daughters will turn out to be as gracious and loving as Aurora?

During the intermission, my daughter chatted excitedly about the fairies and waited patiently for the last act. When the court finally assembled for the prince and Aurora’s wedding, she applauded heartily, loudly exclaiming, “Thank you, thank you very much!” No doubt those around us thought she mistook the rest of the audience’s applause for herself, but I knew she was expressing her appreciation for the pleasure the dancers were giving her.

Still, by the time the new couple’s “Grand Pas de Deux” came along, she had fallen asleep, and I was left alone to contemplate this central moment in every classical ballet.

The pas de deux embodies the aristocratic and courtly manners that gave birth to the art form of ballet. To an outsider, the dance — indeed much of ballet — might seem antiquated or old-fashioned, especially with its strict notion of the roles taken by a woman and man on stage. But that day, the pas de deux struck me as having something important to tell us about living life well.

Most of us want our children to grow up treating others with courtesy. The graciousness, appreciation, and consideration for others that 19th century classical ballet shows on stage and demands of its audience are qualities that most of us believe are still worthy. Indeed, these are the very lessons I try to teach my daughter on a daily basis.

For all the glamour of fairy dust and pink satin, courtesy still lives in the world of ballet. It is a place where a ballerina and her prince must make their way, in step, with a little give-and-take and a lot of grace (in the deepest sense of the word), however demanding the pace.