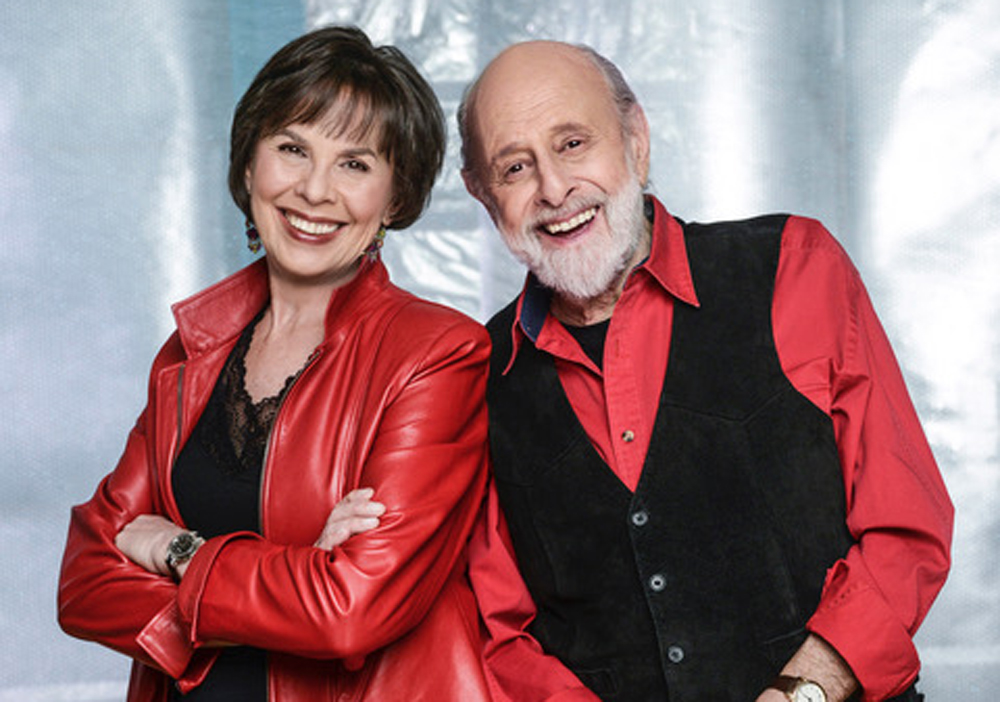 Iconic Canadian children’s entertainers Sharon & Bram will perform one last time in Montreal in June, singing some of the original songs that have delighted generations of babies, toddlers, young children — and their parents — since they first burst on the folk scene in the late seventies.

Back then, it was a trio. Sharon, Lois and Bram specialized in family-friendly sing-a-long songs and classic standards like One Elephant, Skinnamarink, Tingalayo, and She’ll Be Coming ‘Round the Mountain.

The group sold more than three million albums, several of which went gold or platinum. Over the years, the prolific singers also produced three songbooks, six national TV specials, 65 episodes of The Elephant Show and 52 of Skinnamarink TV. They performed in every major concert hall in Canada, as well as U.S. venues like Carnegie Hall, Lincoln Centre and the White House, and picked up a slew of awards, including JUNOs for best children’s album.

Lois Lilienstein, who died of cancer in 2015, retired from live performance in the year 2000, but Sharon Hampson and Bram Morrison carried on together for 18 more years before announcing their 40th Anniversary Farewell Tour last year, which has taken them across the country.

Sharon and Bram will play two shows in the Montreal area, with a sold-out performance at the Hudson Village Theatre on June 1, followed by an appearance at 11:30 a.m. at the Théâtre Maisonneuve at Place des Arts on June 2. Tickets for the latter show range from $42.75 to $52.75 and are available through Ticketmaster.