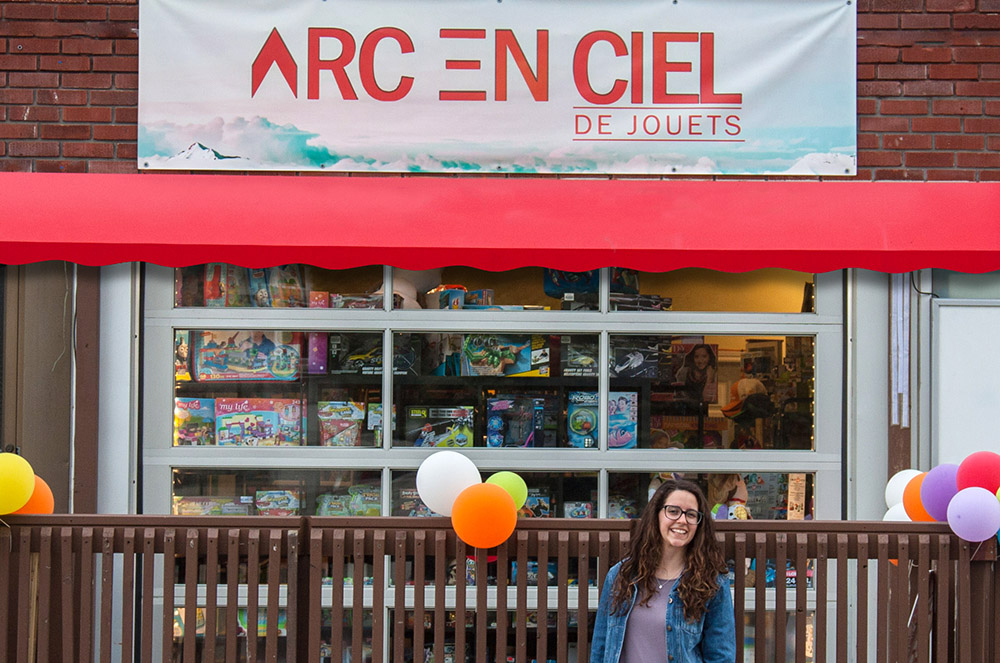 Tania and Milina Adam are not your typical teens. At 19 and 17 years old, the sisters juggle running a business and being full time students. But with the help of their mother, Line, the trio opened L’Arc En Ciel de Jouets last summer.

The store, located in the heart of Lachine, offers a broad range of children’s educational toys and card games, clothes, maternity accessories like diaper bags, and party favours including balloons and candy. Before opening, the mother-daughter team used to sell toys and kids’ clothing at flea markets around Montreal. With Tania’s background in childcare and day camps, coupled with her mother’s experience in retail, opening a storefront seemed like a natural next step for her family.

Wanting to make the store a one-stop destination for kids, customers can also rent out rooms for birthdays, parties and other events. Tania says they are also planning to set up monthly child-friendly workshops, and are constantly on the lookout for new products to bring in.

Although she loves being at the store, Tania admits it can be tough to juggle working and studying social science at John Abbott College. After CEGEP, Tania plans to continue running the store and hopes to pursue a university degree in social work or law, with a focus on children.

“Going to school and running a store is complicated, and there are a million things to think about,” she says, “but I just love it and wouldn’t do anything differently.”

The store is located at 813 Provost St. For more information, visit facebook.com/arcencieldejouets.